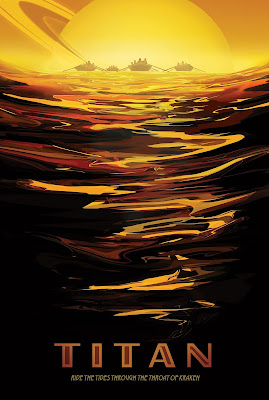 Thanks for the top-tips on vacation destinations, NASA.

To be honest I was thinking that sailing the seas of Titan might be better, or skiing the polar caps of Mars or diving the waters of Europa, but then you never know until you've tried.

Book Review: Circle Line: Around London in a Small Boat 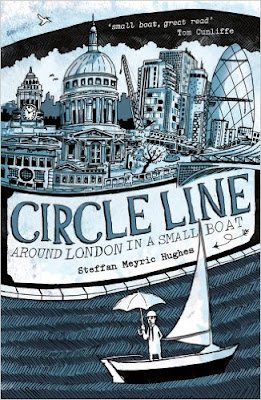 Most of London is on an island, sort of, bounded by the Thames to the south and various canals to the north. So you could in principle do a circumnavigation of London using a combination of sailing, oars and engine.

This was indeed the voyage of Steffan Meyric Hughes, documented in this book, starting at Kingston upon Thames. He then sailed downriver to Brentford where he joined the canals that would take him on a wandering route through west, north and east London to join the River Lee. This took him back to the Thames where he could head up river back to the starting point.

It was a pleasant, gentle read, with echoes of Three Men in a Boat, which might be why there is an old-fashioned feel to the style. It made me think of tweed jackets and it might (or might not) be appropriate that the author is a journalist for Classic Boat Magazine.

He certainly knows his boats and was more than capable of handling the navigation and inevitable moments when things break and the engine fails to start (it was every thus in sailing stories).

What surprised me was that he didn't seem to actually know or even like London that much, despite living and working in this city. He admitted, while passing through central London, that he didn't "know what half of London's landmarks are". For example he had no idea what The Monument was, which is strange given that the event it commemorates was so famous there's even a nursery rhyme about it beginning "London's burning, London's burning".

As a diversion from his loop he also kayaks down the Wandle River, which he calls "south London's unknown jewel", which is the sort of statement that makes me want to say something on the lines of "unknown to whom?". He then rails against the "cold hateful architecture" of riverside developments "denying access to river". Well, the architecture is a judgement call (and there is some undoubtedly some bad stuff) but my guess is that with the Thames Path access to the river is now a lot easier than when it was back to back factories.

A pleasant read, but I can't help but wishing there'd have been more about London in it. 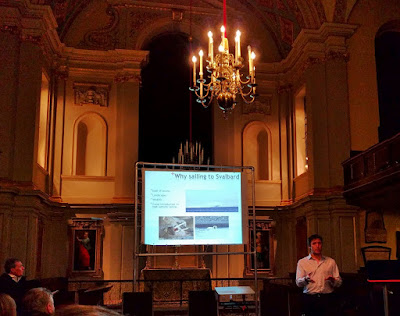 We heard about two voyages from the UK, one from the nearby St. Katharines dock, up to 80N and Spitzerbergen. It was all very interesting and if I had a first choice of places to sail this year it would indeed be the Svalbard archipelago.

There was lots of good advice from people who'd actually sailed there, such as this: 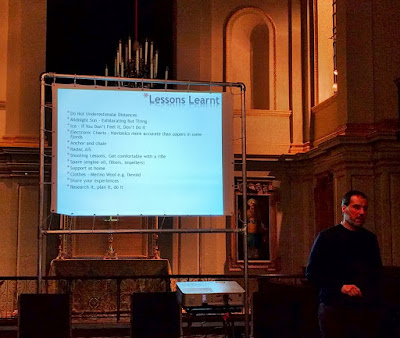 For those that didn't go, this book on "High Latitude Sailing" includes lots and lots of good advice for expedition planners.

Afterwards there was a Q&A which I didn't contribute, though I was tempted to comment, relating to a discussion about the best heater to use, that from personal experience it was indeed possible to sail inside the Arctic Circle in an unheated 32' Contessa.

But the key message is one I'd echo: we are lucky that in the UK we are not that many days sailing from some of the most pristine and beautiful wild landscapes in the world.

Update: interesting article on Arthur Beale in the Telegraph here