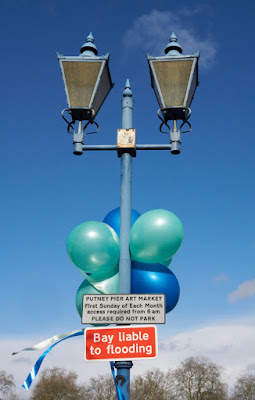 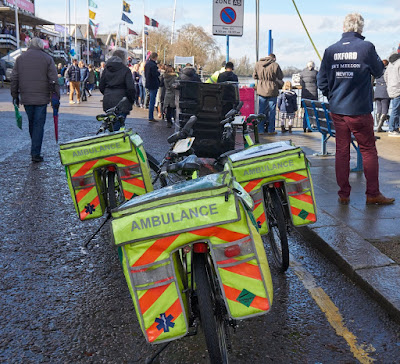 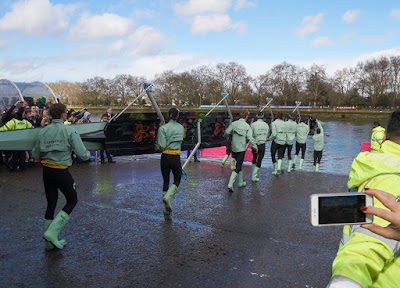 So it was a draw.

Oxford won the women's race and Cambridge won the men's race, honour all round on a day when choppy wind against tide almost resulted in the Cambridge women's boat sinking under Barnes Bridge.

For some reason the Cambridge men's boat was called Kevin (above).

In both cases the winning boat had the Surrey bank, important as the southerly side of the river had the best shelter from strong gusts from the SW. 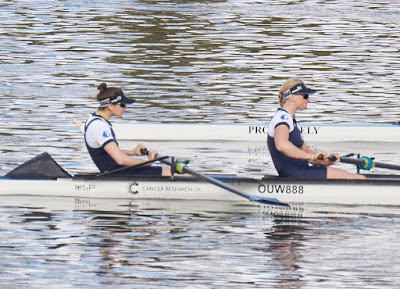 In between the main races we caught a glimpse of Claire Balding as she zipped from the start to the end on her speed-boat: 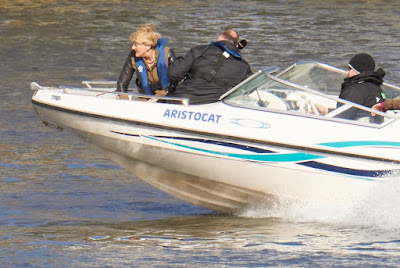 Before the race started there was heavy rain, thunder and lightening, so crowds were a little down on normal:

But Kevin powered through to the win: go Kevin!!

How to Read Water by Tristan Gooley 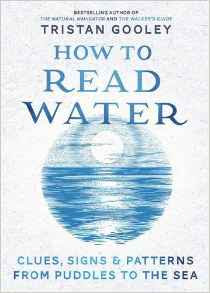 Oh joy, look what came in the post today! Tristan's latest book, "How to read water". Very much looking forward to reading then reviewing it properly.

I must admit the first bit I read was the very last few pages in Chapter 20,  "Uncharted Water: An Epilogue".

It seemed rather familiar and left me wanting to go sailing right now, somewhere cold, remote and wild.

OMG!! Sassi totally loves, loves, loves this vid!!! So cool and stylish!! Why don't all sailors wear suits, like, all the time!!

This is one for the fashionistas! Those shades! That car! The watch!

Holy COW that was high!!

BMW floats away from Putney Embankment

Safety tip: remember to set your anchor before leaving your car.


Update: not sure why having trouble with YouTube link - maybe try this one.

Ghost on the Thames

To follow up the last post, here is Adam Chodzko's Ghost on the Thames, showing it really can be paddled on a river.

There is a space for passengers that is deliberately made to be like a coffin, so the voyage travels metaphysically to the lands of the dead.

This picture (from the artists web site) gives a feel: 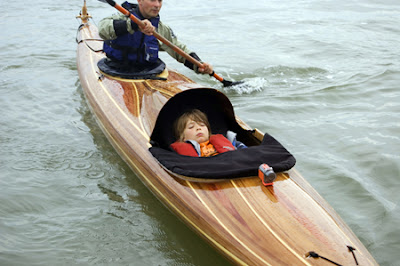 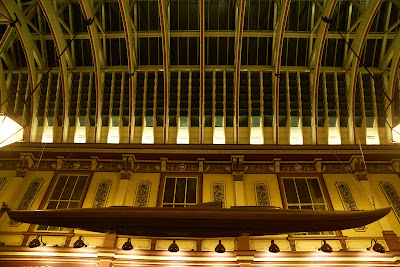 Ok, you interweb search wizards, hear's a little picture puzzle for you.