PSA: Hogarth and Europe at the Tate Britain 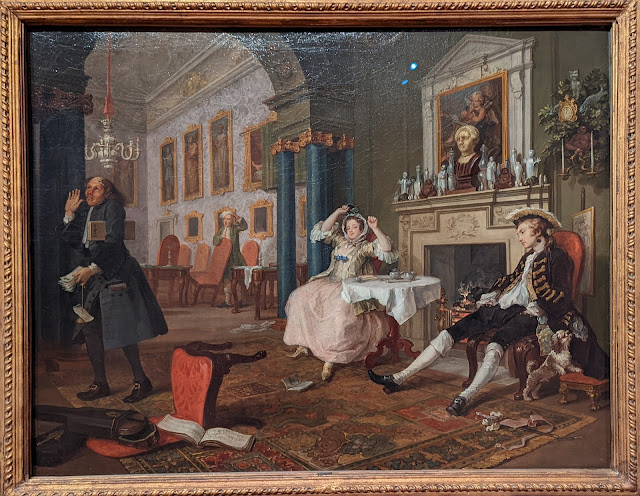 I've just been to the Tate Britain to see the Hogarth and Europe exhibition, and rather than reviewing it thought it might be better to give a Public Service Announcement (PSA) for anyone wondering if they should visit.

I really couldn't see the benefit of connecting Hogarth to what was happening in Europe at the time. It wasn't like the Turner and the Masters exhibition where you could put paintings side by side and show how Turner (or in this case Hogarth) developed his ideas. The connections were vaguer, more on the lines of similar genres, such as social commentary and urban life.

It was more like the curators were still smarting from Brexit and wanted to show that Hogarth was part of a wider Europe (geddit?) even though Hogarth was as rude about the French as he was about, well, the British. As was to be apparent (see next point), the Tate seems obsessed with politics and issues over art.

Basic rule of thumb: if it's not by Hogarth it's ok to ignore it.

Anyhow, as with all art galleries, less is more. Too many rooms with acres of canvases leads to burn-out. What is best is a couple of well curated rooms with a highly focussed message.

So that's a double fail for the Tate (see below).

The accompanying text seems to have been written by the Woke Committee for Political Correctness and is an example of toxic negativity. One panel was written by this group:

The themes are pretty basic:
The consequences are by implication the following:
It didn't actually tell you anything you wanted to know. It was so ghastly that even woke-friendly The Guardian called it "a massive own goal for the gallery". The Sunday Times hit the nail on the head when it described it as:
"the collapse here of useful scholarship and its replacement by wokeish drivel. Caption after caption wastes precious explanatory space on à la mode speculations about Hogarth’s intentions that are thunderously unreliable."
For a more general review of what the newspapers thought, check out this article for The Art Newspaper.

I got to the end and realised I knew almost nothing about Hogarth and each of the art works on display and so opened up Wikipedia and it's entry on Hogarth. It changed the exhibition for me, massively for the better. Having done that, I went back to some the big sequences such as:

On Wikipedia there are good, informative, illuminating descriptions of each of the works and their context.

Thank you Wikipedia! (and take note the Tate)

4. Enjoy the amazing map of London

At the start of the exhibition there is an amazing, huge map of London of the time and I spent a long time pouring over its details. 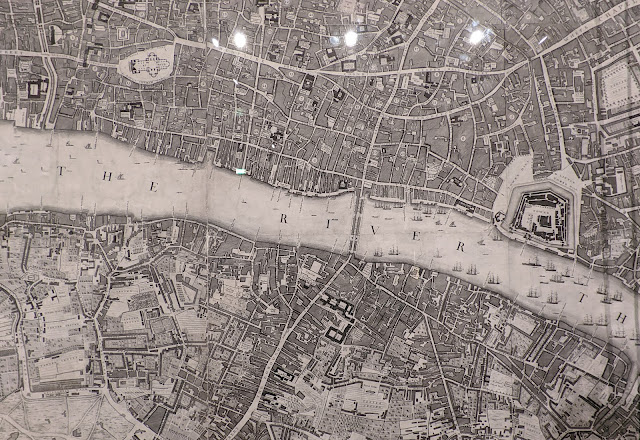 I (and others) spent ages comparing it to modern London, checking out the lack of bridges, the non-existent Regent Street and Buckingham Palace, where London was expanding, the Fleet ditch (still there), the docks, the ships etc etc.

If the curators had any imagination (and not the toxic negativity of a woke committee) they could have marked out where some of Hogarth's pictures had been located so we could have put it in context.

It might be Covid restrictions, but booking the first slot on a midweek morning meant the gallery was amazingly quiet. You really could get up close to each picture and have time to explore the details - once, of course, you'd loaded Wikipedia on your phone. 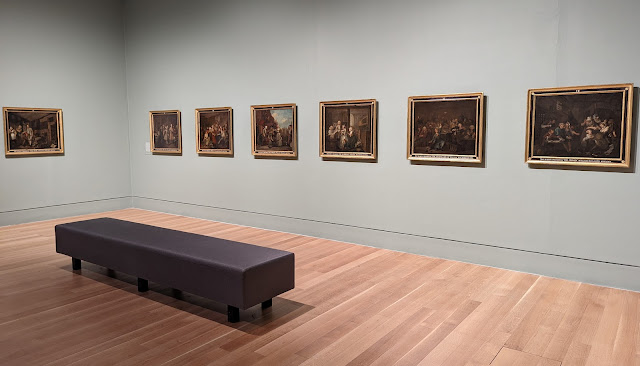