Last week I went to see the band Public Service Broadcasting play at the Islington Assembly Halls and it was of course brilliant.

If you don't know them, their approach is to take an old news reel and commentary and use that as the basis of an electronica track. This means that lead, J. Willgoose, Esq, doesn't have to sing and he also manages to avoid speaking, using pre-prepared phrases triggered by keyboard (apart, famously, from that Brixton gig).

Topics are often geek-friendly, including trains (Night Mail), planes (Spitfire) and spaceships (The Race for Space). It's all great stuff, and I've seen them three times.

In their Inform-Educate-Entertain album one track is called Lit up and the video (above) include various clips from life at sea overlaid by the commentary for the 1937 review of the fleet at Spithead.

This commentary was given by Lieutenant-Commander Thomas Woodrooffe, broadcast live over the BBC.

Alas the Lieutenant-Commander was more than a little "lit up" himself, having been entertained by Royal Navy colleagues with "charged glasses of Seasickness Simulator" and as the rambling became incoherent the BBC had to pull the plug.

You can hear the original here.

They didn't play this track at Islington, though we did enjoy many others, including the singalong favourite, Go: 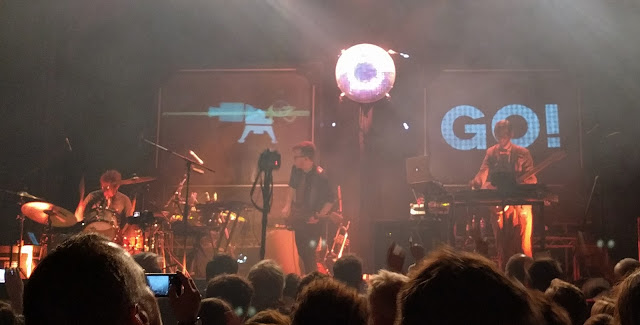 Given there are basically just the two words to remember you'd have to be pretty lit up to get this one wrong.
Updated: apparently the opening notes to "Lit Up" are B-B-C, which is appropriate given this was an outside broadcast for, you guessed it, the BBC.


Its been a grim couple of weeks.

Outside it's been grey and wet while inside when you switch on the TV you see climate change deniers and hear that polar ice levels are dropping crazy amounts.

But Blighty's sailors are doing their bit to bring back hope (remember that?)

Ben Ainslie and co of Land Rover BAR just went off and did it!! They won the America's Cup World Series (above), racing against seriously the best of the best. So its not all doom and gloom (well for us here in the old UK anyhow).

Then in the Vendee Globe Alex Thomson is still leading the way south, despite having broken one of his foils.

Finally I've been baking and what is better on a cold November day than a nice cuppa with chocolate brownie or slice of ginger cake: 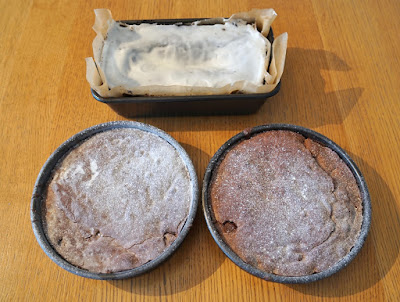 Life afloat: living on a houseboat on the Thames

The Thames is many things to many people, but for some it is home.

The video above tells the story of some of those that live in houseboats on the tidal Thames, including actress Imogen Stubbs.

It was funded by Heritage Lottery Fund and shown as part of the Totally Thames 2016 which also showed some photos in this video:

Those houseboats I've visited (including two in these videos) have been lovely, if sometimes constrained in space by the hull's dimensions. However there are also houseboats, typically very modern, which are much larger, like a four bedroom house that have been made watertight.

It must be lovely to feel that gentle rocking and hear the slap, slap of waves as you go to sleep then to wake to the quaking of ducks and light reflecting off the waters onto the ceiling... 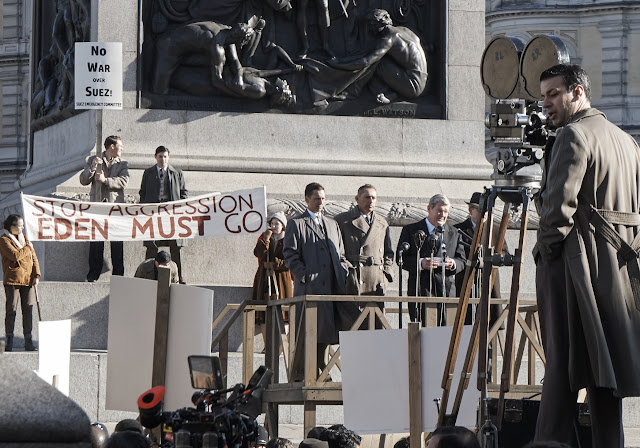 Scientists are rushing to explain the time loop which has transported parts of central London back to the 1950s.

Said THE EXPERT "We have observed scenes from 1950s Britain in modern Trafalgar Square, such as the protests against Prime Minister's Eden's Suez adventure" (above).

THE EXPERT continued "However, we have identified a possible prime suspect for this time related incident. None other than THE DOCTOR is involved, having infiltrated the ROYAL FAMILY by posing as PRINCE PHILIP": 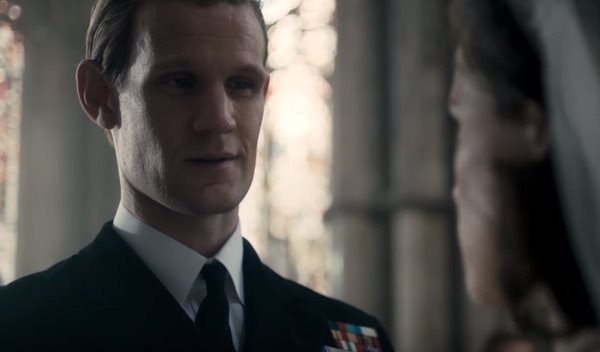 "Our latest theories" THE EXPERT continued "involves quantum effects and the noosphere's anxiety in response to modern reality, but who knows?".

"The time loop would also explain how elements of the 1930s seemed to have crept into modern life. It is therefore urgent that the loop is closed as quickly as possible".

Doctors have suggested that the required reduction in anxiety could involve mass "Netflix and chill" sessions. 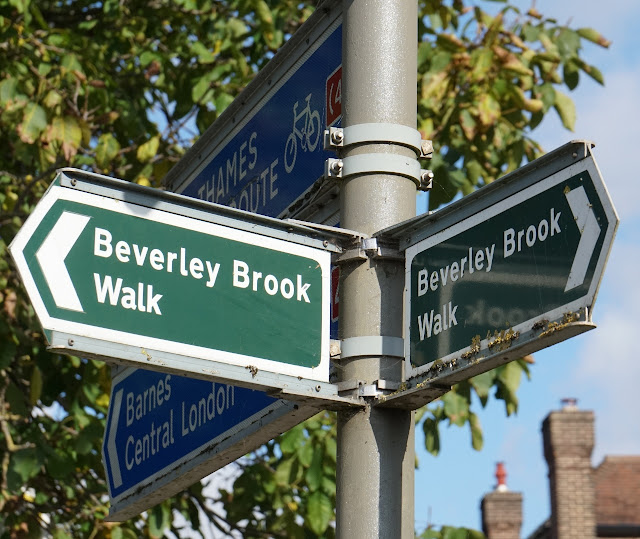 London is absolutely full of walks - such as the London Loop, Capital Ring, Green Chain, Lee Valley Thames Path, Jubilee Walkways and if you're not sure which is which there's a great Londonist video describing them and tube map style graphic.

But even these resources don't show all of them - such as the less well known Beverly Brook Walk. This follows the river - or rather the brook - of that name from New Malden (*) to the Thames by Putney.

While on the map the brook pops out of the ground around Worcester Park this initial part is not included in the walk. And to be honest the route is a bit DIY in that it appears more of an idea to connect together various other walks rather than an integrated and signed path.

There was a noticeable absence of signs apart from when the walk crossed main roads, and even then the signs pointed directly across busy roads not where there was a pedestrian crossing, as if their numbers had been limited by budget.

So I'd suggest that if you walk you take a few key points and then make your own way alongside the river as you're as likely as not do ok. I wasn't entirely sure if this was right route though it matches this GPS track: 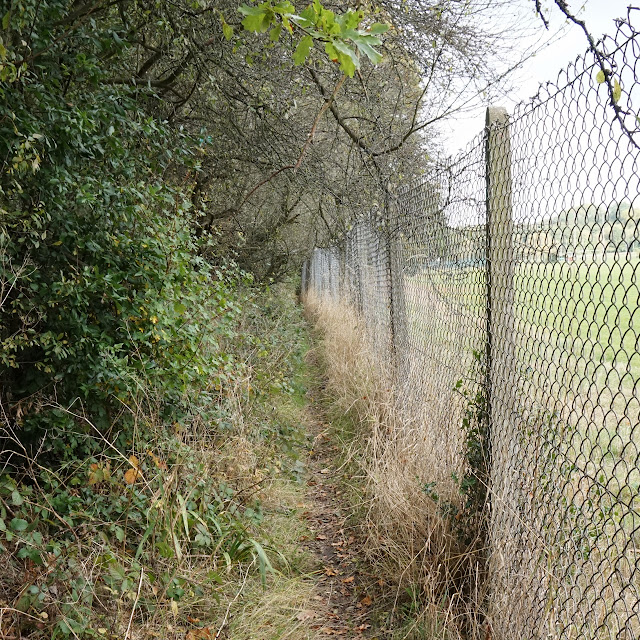 The bit through Wimbledon Common was pretty nice, through the woods with the river on one side: 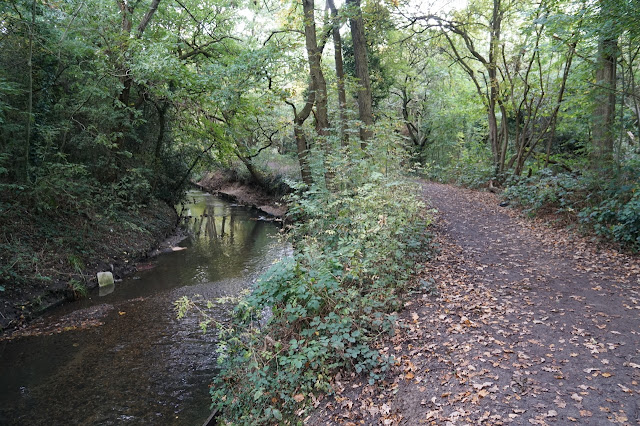 Sometimes the path would join other of London's walks, such as the Capital Ring: 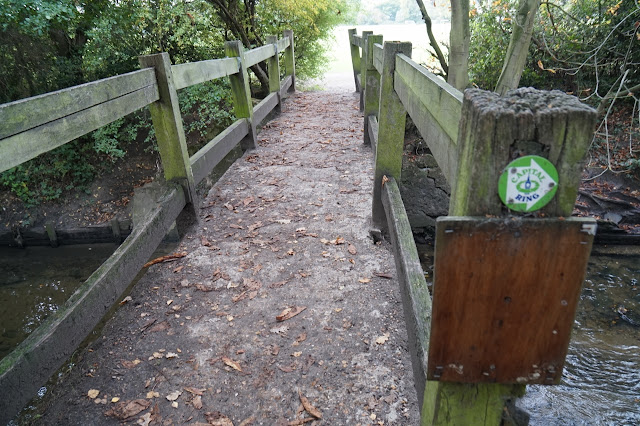 The rural feel vanished on the crossing of the A3 to get to Richmond Park: 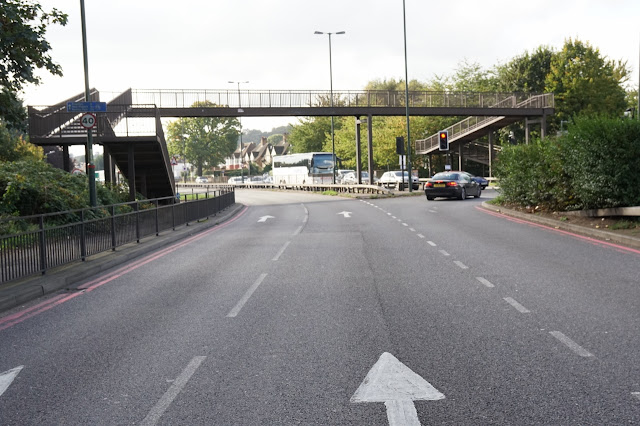 In Richmond Park there's work to improve the river's quality which is apparently not all it should be but apparently Sir David Attenborough no less is one of the patrons of the Beverley Brook Restoration Project.

Then there's the distinctly unglamorous South Circular to cross (and walk along for a bit), a confusion of commons (Barnes, Putney etc.) before the path sort of comes back together for the final push to the Thames and where I found that gun a few years ago.

In terms of wildlife, it is said that there are Kingfishers somewhere but I just saw the usual, such as geese and dogs being taken for walks: 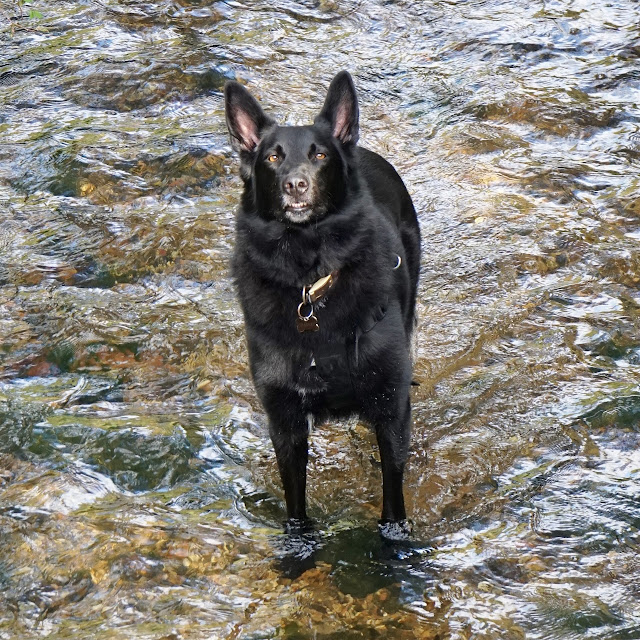 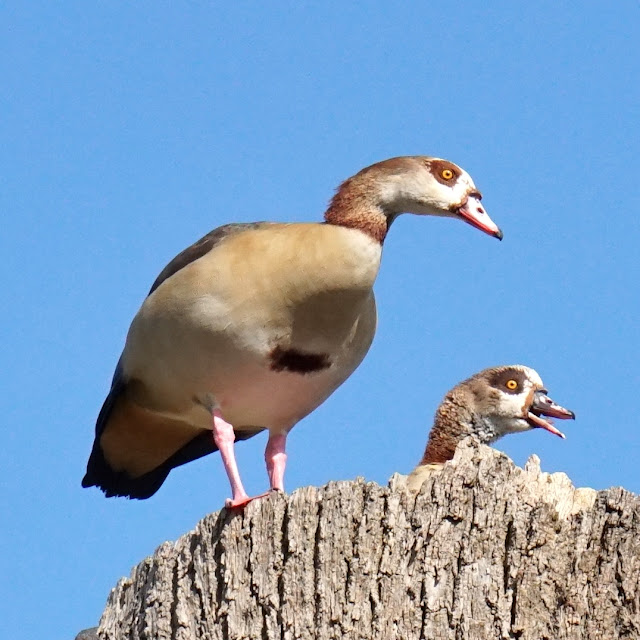 Actually in both cases I heard them first.

So a nice walk though more a collection of existing tracks than (say) the clearly defined and connected Thames Path.


(*) I actually started from Raynes Park as the walk was slightly closer and there was only a tiny look at Beverley Brook before the Coombe Lane Flyover
Posted by JP at 7:34 am 2 comments: