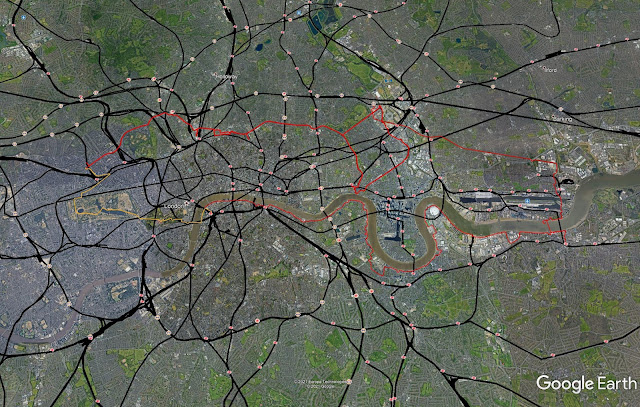 On the recent Greenway walk (very boring) there was a sign that it was part of the wider Jubilee Greenway. When I got home I checked it out and worked out which bits I'd walked.

On the map above the bits I'd done are marked in red and the bit in orange was the only segment not completed. So you can guess what I did next.

In total there were the following sections:

It's mostly either through parks or along canals or rivers, so definitely worth adding the Jubilee Greenway to your list of London walks. 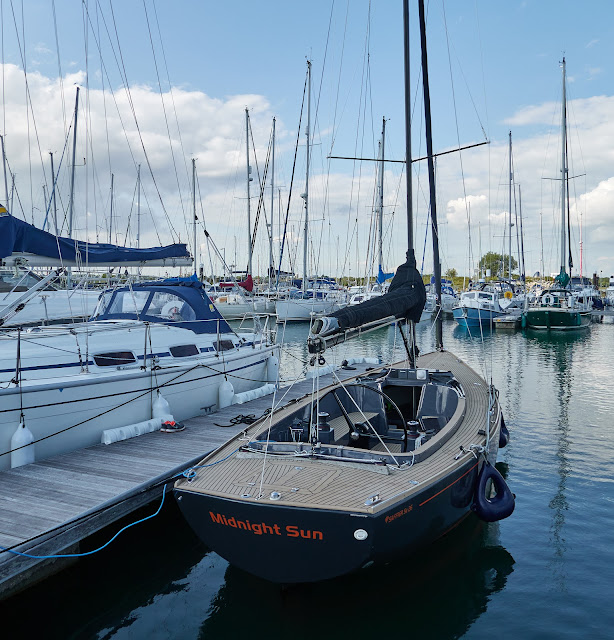 Earlier this month I took a day off work to go day sailing with my writing friend Tristan. He's replaced the Contessa 32 we went to the Arctic Circle in with the stunning day sail yacht above.

This is the Midnight Sun (geddit?) from Saffier Yachts and was absolutely lovely to sail and look at, designed to provide the best day sail experience.

Just before lunch, to give us an appetite, we went for a swim in Chichester Harbour. This was very refreshing and it was probably just as well we hadn't read this article about sewage outflows in the press.

It was a great day sailing. 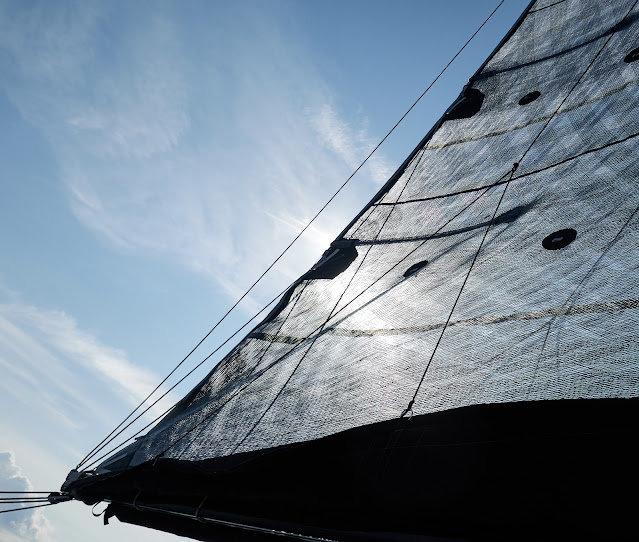 Paddle Boarding on the Regent's Canal 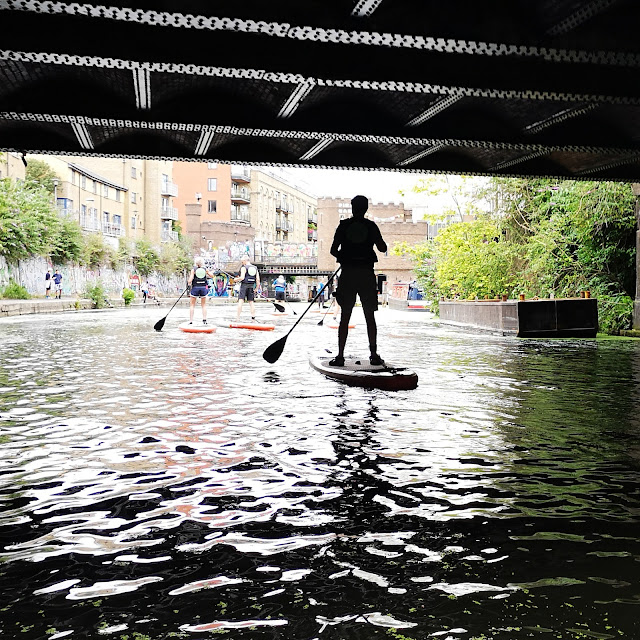 I've been wanting to try paddle boarding for some time but as cool as it appeared (with the likes of Obama doing it aged 60), it also looked all too easy to go tumbling into the water. Learning to keep one's balance seemed key, and that would be easier on calm flat water compared to waves from the sea or wash from passing boats.

So having my first lesson on a canal seemed like the ideal solution. Any not just any canal, this was the Regent's Canal here in London.

I signed up with Paddle Boarding London at their base in the Pirate Castle (that's really what it's called, check it out here) in trendy Camden. Here were given life jackets and a paddle and shown how to move from sitting to standing and back down again.

Soon we were out and after five minutes of paddling sitting down, were encouraged to stand up. And remarkably I did and managed to go for the rest of the 90 minute session without falling in (unlike one other, who returned soaked after a dunking).

A lot of the paddle strokes were familiar to anyone who's done some kayaking or canoeing. There was some passing traffic in narrow-boats and self-hire electric launches (from GoBoat Paddington), but they typically slowed down and gave a friendly hello.

Must admit I was very, very slow. I might try again to see if the balance improves and I can get a bit of speed up. Afterwards, on my home, I dropped in on my brother for a cup of tea, and it turned out that he and one of my nephews were also very slow. 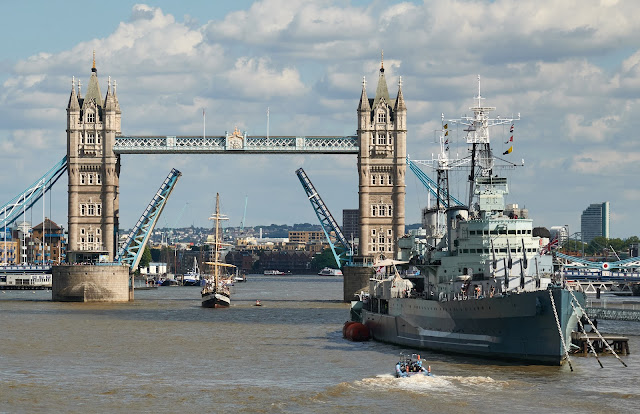 If you go to the Tower Bridge web site, you can get a list of the times the bridge is raised to let a boat through. Often it is just the "usual suspects" i.e. tour boat regulars on the Thames. But sometimes there are the odd tall ship, like this one that arrived yesterday, the Pelican of London: 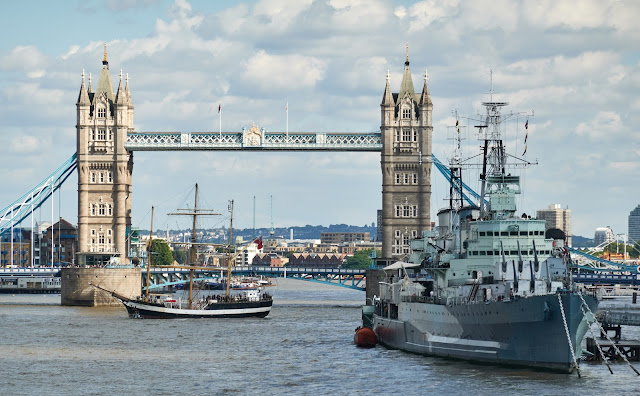 Almost as exciting as the bridge opening was it closing, as recently it got jammed in the open position.

Then it was time to go home - by Thames Clipper with its great views: 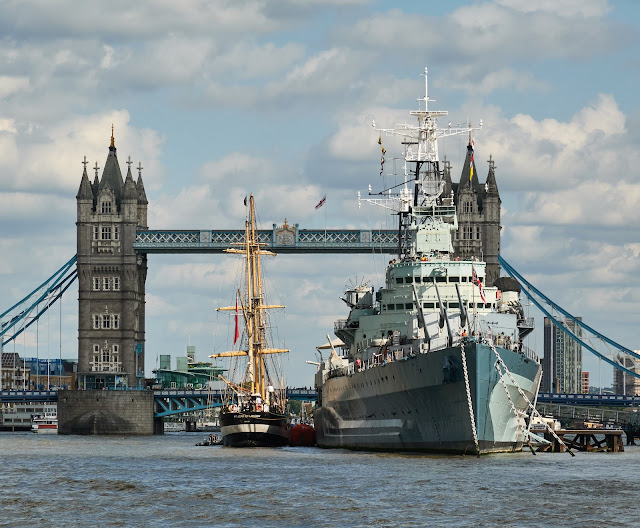 It was really busy, and at some piers waiting passengers were disappointed as the boat had reached capacity. Space opened up after Westminster: 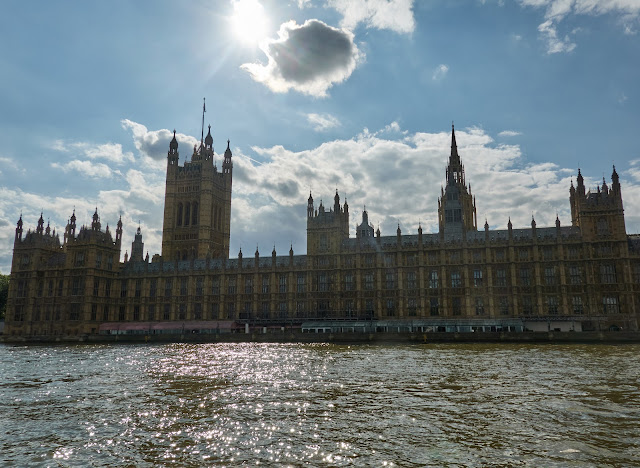 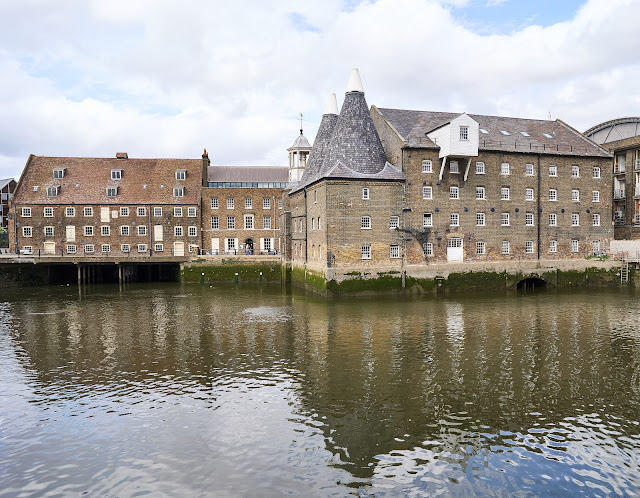 If I had to sum up the Lea Valley in three words, they would be Industry, Olympics and Regeneration, representing the past, the turning point and the future of this region.

The past of the Lea Valley is one of industry, such as Three Mills above, using the power of the river to grind wheat. That led to conflicts over water and the development of the Lee Navigation with its guaranteed depths of water to allow barges to transport goods.

As the industrial revolution kicked in, the area became more and more developed, from iron works to rockets. But then there was deindustrialisation and heavy industry was left to decay: 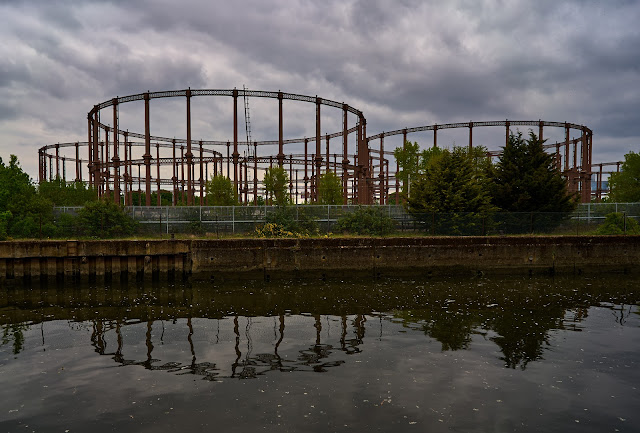 What remains are mostly faceless buildings that could contain anything from a server farm to a cutting edge performance space: 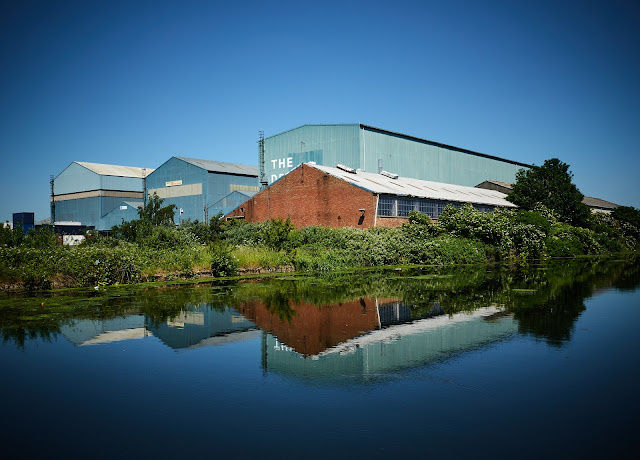 At the heart of the story of the Lea Valley in the 21st Century is the Olympics and Paralympics during that glorious summer of 2012: 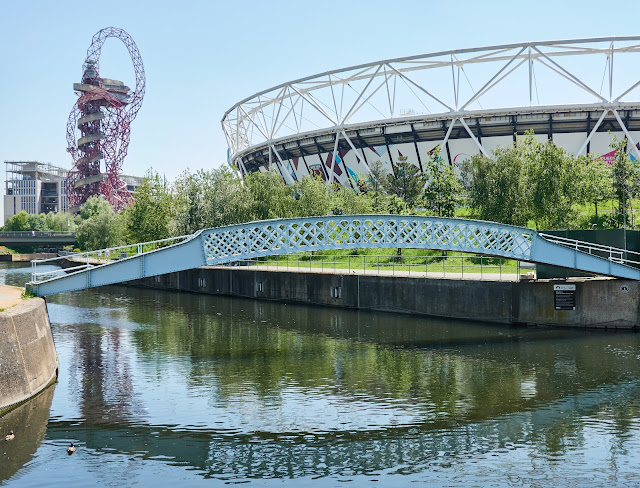 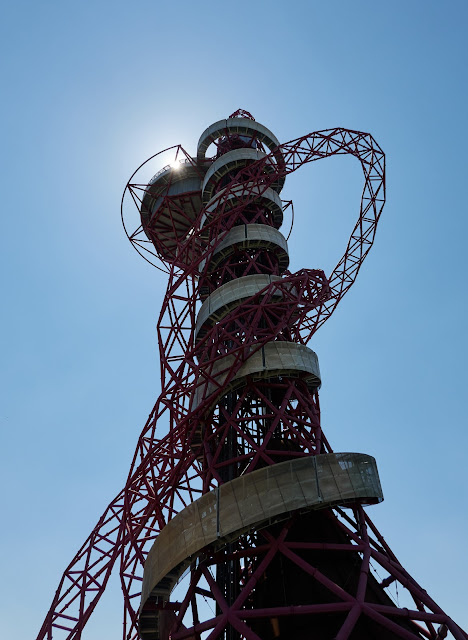 Such happy memories from what now feels long, long ago, before the Brexit battles and Covid.

One of the buzz words of London's Olympic bid was 'legacy': what hosting the games would do for this part of the city. How much the Olympics actually made a difference is one for future historians, but there can be no doubt as to the regeneration that is now on display.

All up and down the Lea, centred on the Olympics Park and Stratford, are countless building sites, with new stations, colourful new apartment blocks, museums and performing spaces: 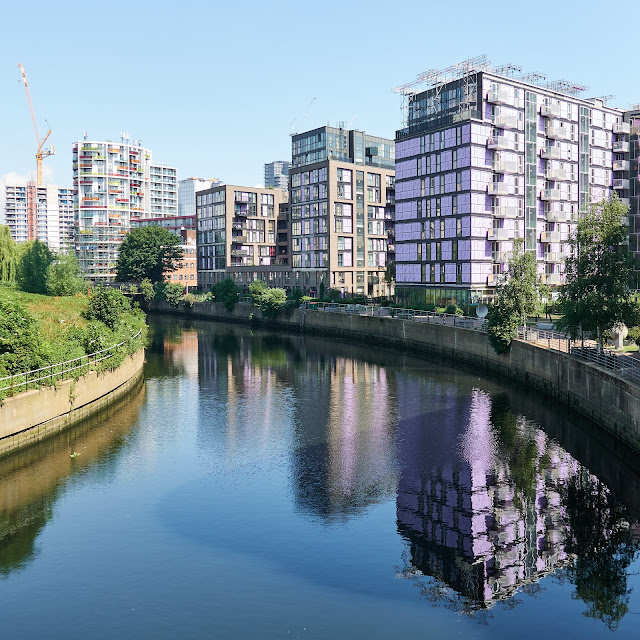 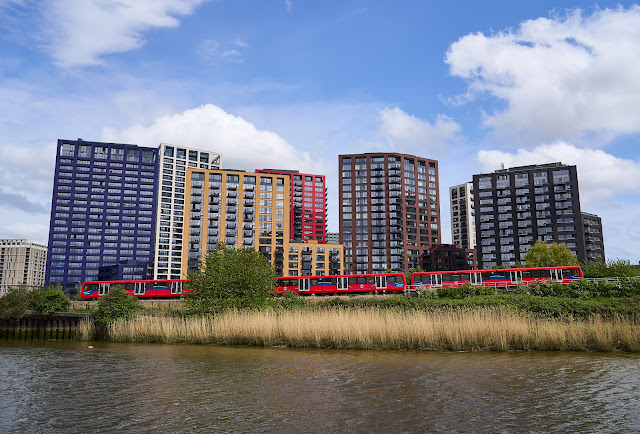 London is expanding east. It needs all these new homes, for its population has just exceeded nine million. This regeneration is generally to be welcomed: land is too precious to be wasted and there is space and housing for thousands upon thousands, with opportunities for green spaces, colleges, museums and the arts.

But there are casualties of gentrification, with some arguing that too many of these new apartments are priced out of the budgets of locals.

There's also been questions out on the Lea itself, with protests from the narrowboat owners. I hope a compromise can be found where the Lee Navigation will have less of the feel of a trailer park or scrapyard, so that in the future the banks are not one long line of boats, sometimes doubled up, blocking views of the water: 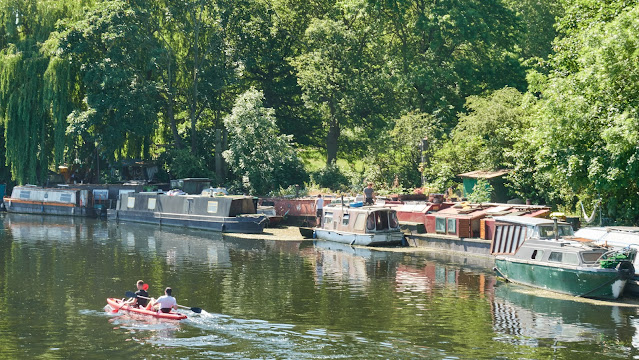 The water quality too requires more work, for the Environment Agency must live up to its name and not allow the continued over-extraction and pollution of Britain's rivers and waterways: 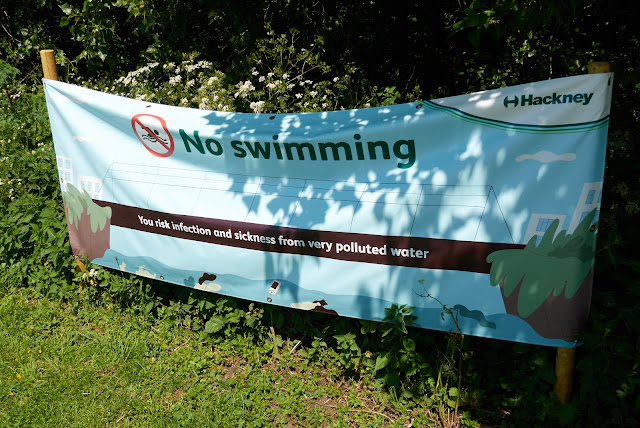 Yes, the Thames Tideway Tunnel is a good thing, but it's not enough. It wouldn't stop the flow of sewage I saw into the brooks of Meridian Water or Southern Water's pollution at Whitstable.

We need a new Bazalgette, someone driven to improve the waters of England, as was done at the Abbey Mills pumping station and all its supporting tunnels: 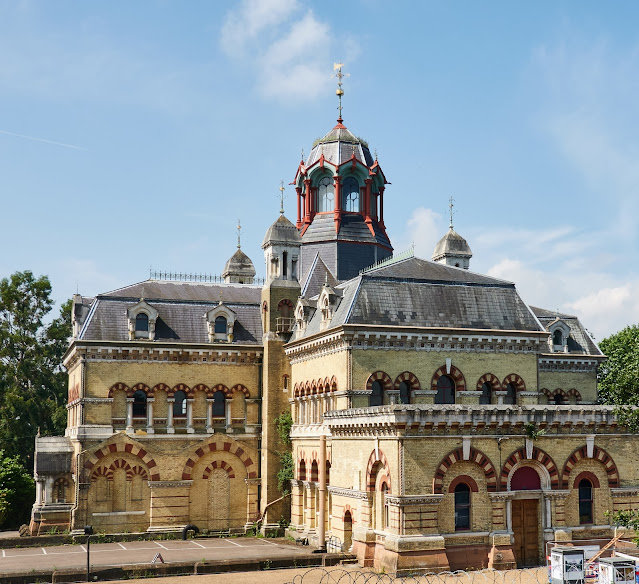 I can certainly recommend the Lea Valley Walk, in particular around the Olympic park and Three Mills, though all parts (apart from the Greenway) have their attractions.

It's a good way to learn about London's past and where this great city is heading. 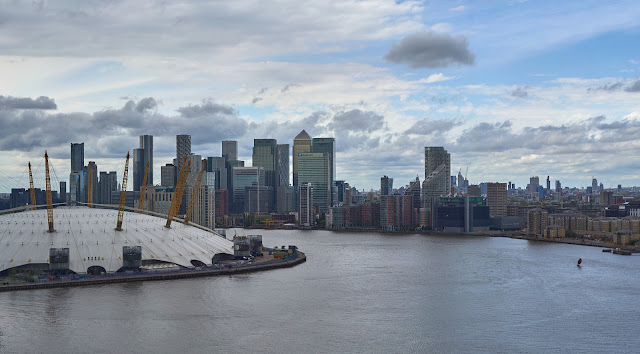 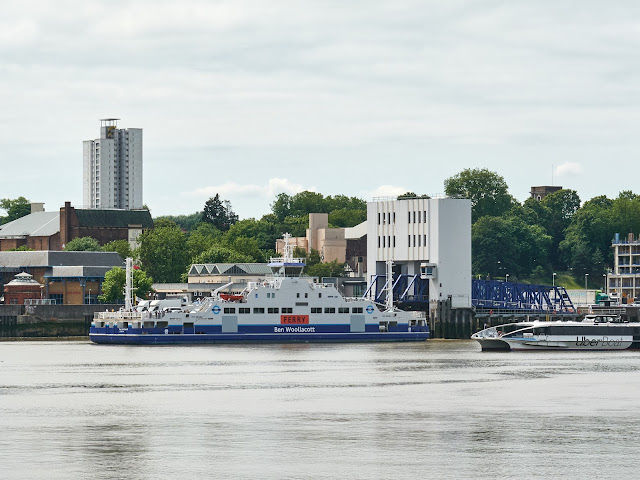 After my rather boring walk down the Greenway, ending up at the North Woolwich ferry terminal, I decided to take a more scenic route back on first the Woolwich Ferry and then Thames Clipper (both above).

I hadn't had a chance to go on the brand new Woolwich Ferries, though I've blogged before about travelling on the old ones. These ones seemed to have a lot less space for passengers - though it might have been Covid restrictions. There just seemed to be rows of seats like this: 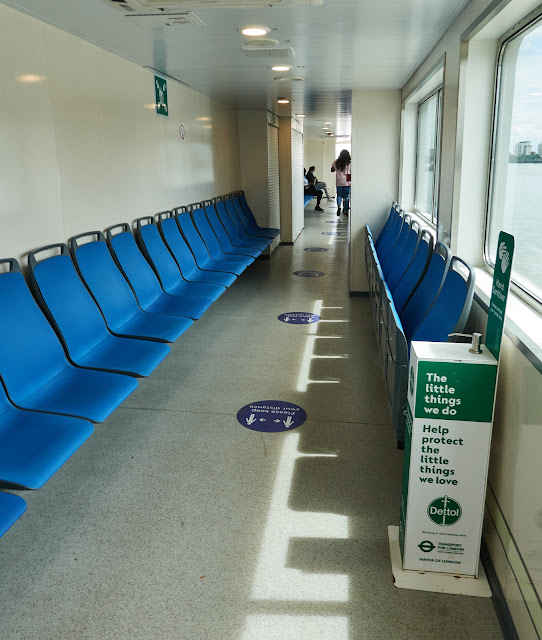 This reduction in space might be because there are fewer passengers due to the DLR and foot tunnel.

But over we went, with lovely views upriver to the Thames Barrier and beyond to the towers of docklands: 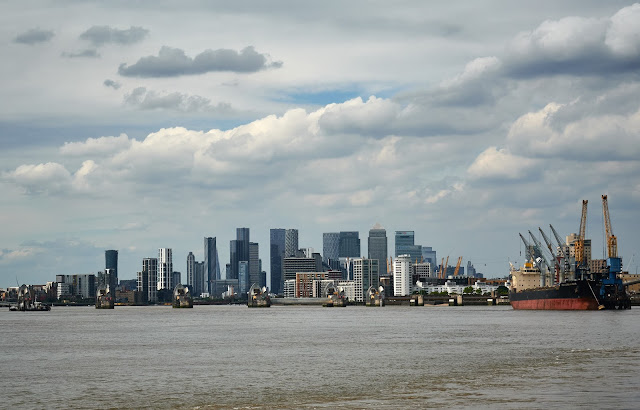 At Woolwich there was a short walk to the Thames Clipper pier where I found quite a queue. But soon we were off, zooming along as normal, up past the O2 Arena, Greenwich and then Tower Bridge: 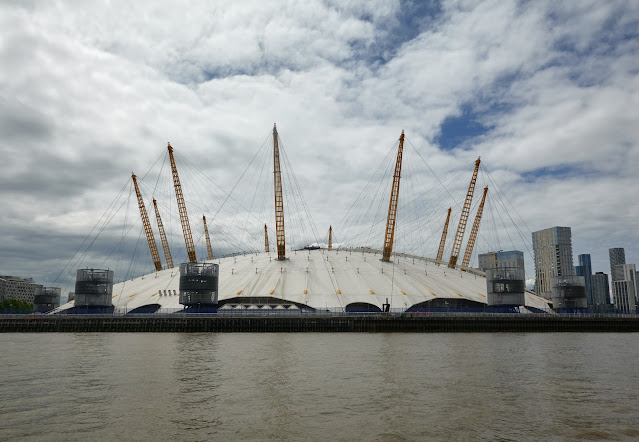 It seemed appropriate to pass the O2 Arena given that it had been the starting point of the Lea Valley walks. 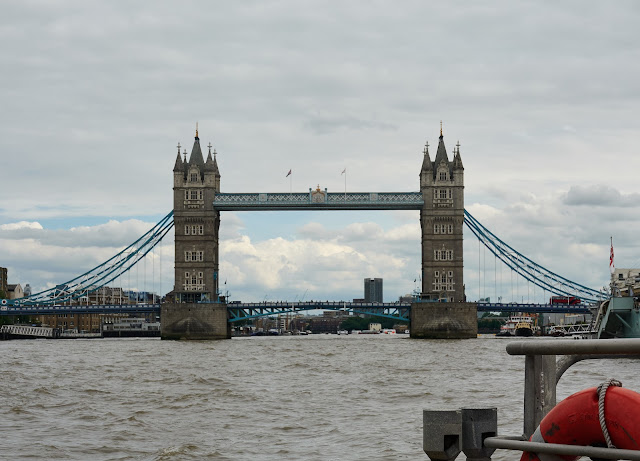 At City Pier I disembarked and made my way along the South Bank.

A late lunch was a Korean Bao bun from Borough Market, then an ice cream outside the Globe Theatre, and finally a fruit drink from a stand behind the Festival Hall. Entertainment included a singer, a dancer, a juggler and the usual people watching.

It felt a very, very long way from the Beckton Sewage works where I'd been only a few hours previously.

Time for some final thoughts about the Lea Valley explorations, in the next post.