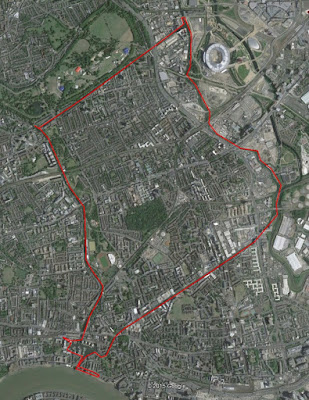 Over the holiday break I did one of London's urban walks along the canals and rivers of east London, starting and ending in Limehouse. It's a loop recommended in the book the "Thames Path in London" as a diversion from that route and very enjoyable it is too.

Starting from the DLR station it starts off heading north up the pathway on the east side of the Grand Union Canal (not the west as shown in the map in the Thames Path book, which apart from this small "feature" is very good indeed) passing locks and heading under one of the old bridges: 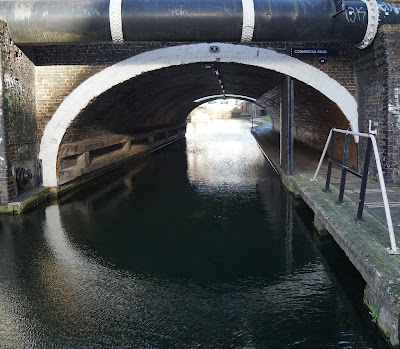 While the commercial traffic might have moved from the waterways to the roads, the canals still are enjoyed: 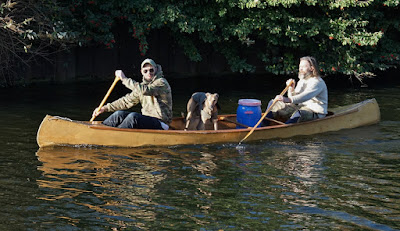 It's not all urban landscapes, with some welcome wildlife, plants and animals: 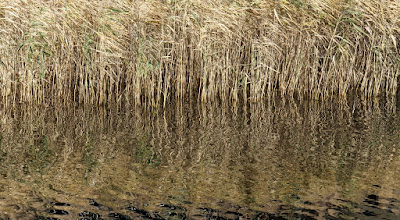 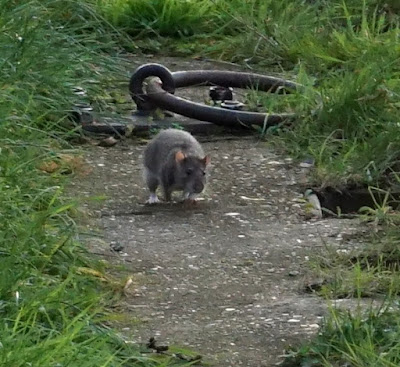 Ok, maybe not all the animals were quite so welcome.

Just after the Roman Road the route turns right into the Hertford Union Canal alongside Victoria Park until a wondrous sight, full of happy memories and glorious sounds: 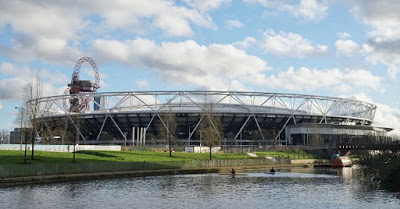 Anyhow, then its down the Lee River where to be honest the route is rather concrete jungle for a bit:

But its worth pushing on as there another's high-spot just a bit further down the Lee, at historic Three Mills Island: 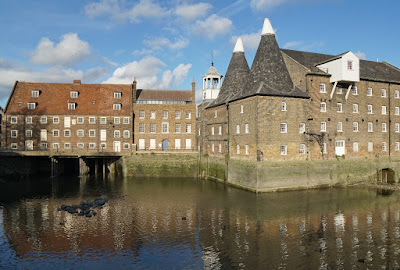 From here leave the Lee behind and join the Limehouse Cut, a straight line bordered by rather anonymous new apartments, until you return to the starting point.

At this point I felt rather hungry, thirsty and in need of a bit of a rest but this being London there was just the thing nearby: 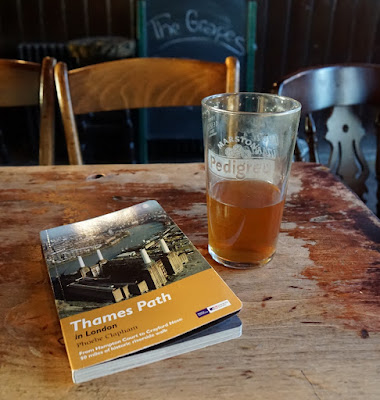 A great walk: the book says 6 miles but with the odd detour the Google Earth track above is nearer 7 miles (11 km).

Definitely worth a hike if you feel like stretching your legs and exploring this side of London, historic in its own way.