On Wednesday I managed to briefly escape work and headed east to the Cruising Association's HQ in London's Limehouse Basin for a talk by Roger Taylor about single handed high latitude sailing.

I've been wondering how to write up what he said given I'm still struggling work wise, but then the answer became clear.

In the first half of his talk he covered the voyages of the original Mingming - which he wrote up in two good books which I've already blogged about (for example, here)

In the second half of his talk (after an excellent dinner was served) he played the video of his voyages in Mingming 2 up to Bear Island and back via Jan Mayen - which you can watch for yourself (click above for sample).

To be honest I only re-watched for a few minutes but then got distracted by the latest update from S/v Delos:


Top tip for all sailing vloggers - this is the level of quality to aim for, with excellent shooting and editing. 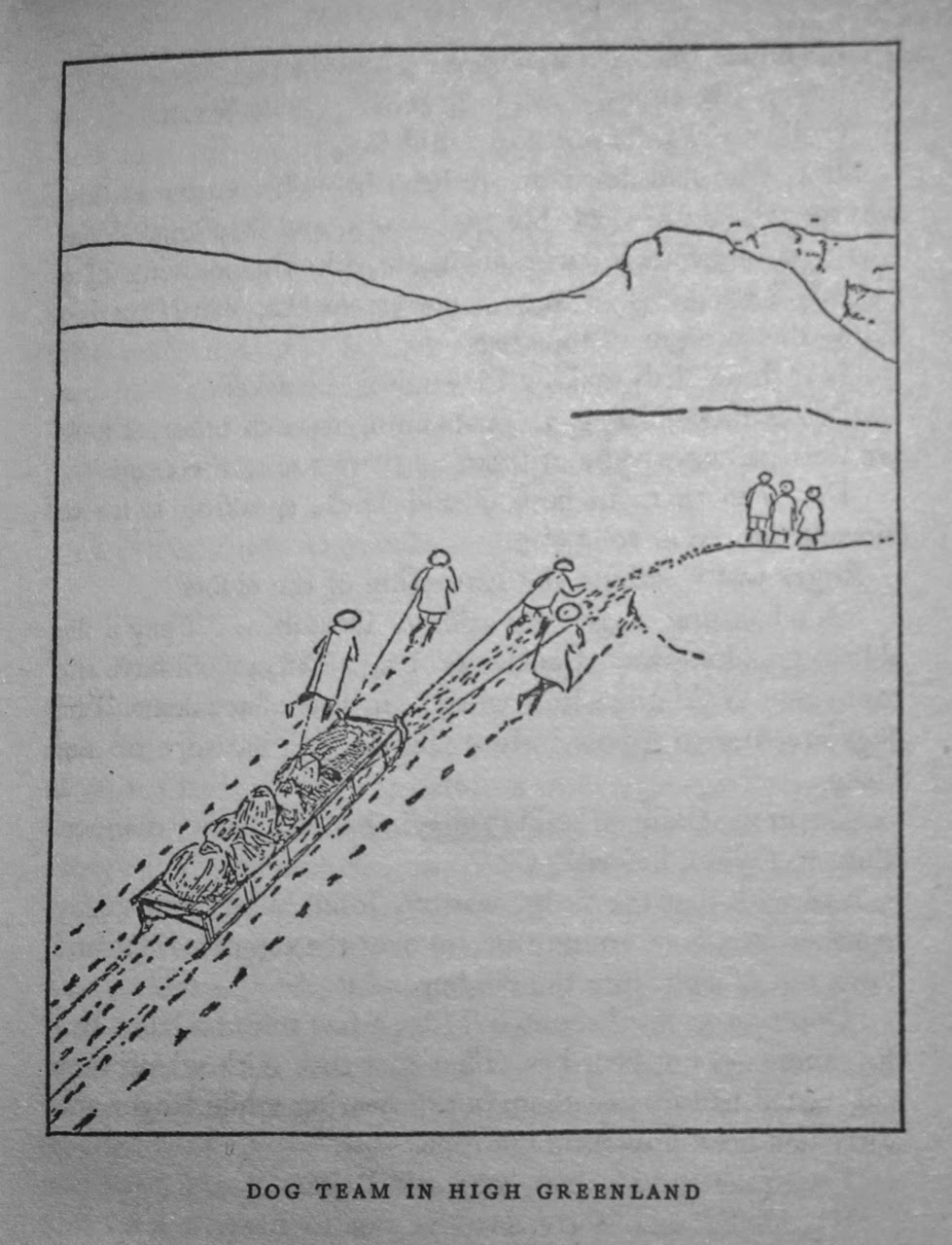 Golly those Swallows and Amazons knew their stuff!

Ok, ok, they are fictional, so I really mean Arthur Ransome, but even so, his books are packed with connections to real sailors and Arctic explorers.

Take a couple of examples from Winter Holiday:


All in all pretty impressive, and maybe a warming thought to those on the Eastern US seaboard currently dodging ice bergs.

Or at least a good excuse to re-read Winter Holiday. 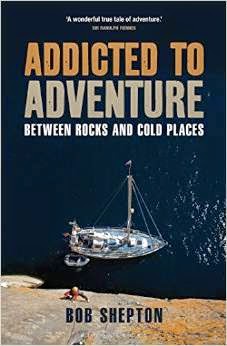 I met Bob Shepton at the London Boat Show and was immediately caught by his book, Addicted to Adventure.

I had just started reading the Arctic Labyrinth by Glyn Williams (reviewed here), the story of the search for the North West Passage, and what should I find at the front of this book but a map of the Canadian Arctic with a wiggly line going through that very route.

Bob - or the Rev as he is known - is still climbing and sailing in the tradition of Tilman into his 70s, and that must be a moral booster for all worried about how long they can escape that nursing home.

The book tells of his many expeditions, from climbing cliffs by Portland Bill, to sailing down to the Azores, further south to Antarctica, then from Hawaii to Alaska, Scotland to Greenland's west coast, Baffin Island, ending up with the famous NW passage.

It is a hugely impressive list of adventures, and it turns out I'd already had some familiarity with his boat, Dodo's Delight.

On my sails north I'd made good use of the Willy Ker's classic pilot book to Faroe, Iceland and Greenland, pictured below: 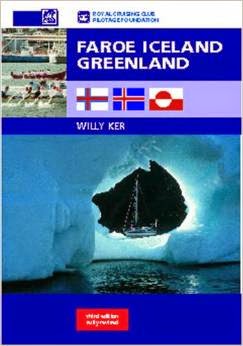 And it turns out to be Bob Shepton's boat that can be seen framed by the hole in an iceberg on its cover.

So we had a good chat about Willy Ker and his Contessa 32 at the boat show.

My only reservation is that at times it sounds a bit like a we-did-this-then-that-happened-but-it-was-ok sort of story.

There are some glimpses of his character, and he has the integrity and strength to be open about some of his failings, including throwing a bowl of spaghetti at a crew member in the Falkland Islands. But this should be balanced by a true measure of good character: that many crew members chose to sail with him again and again, heading off together into those wild high latitude spaces.

I'm not much of a climber but would indeed like to be sailing between bergy bits when I'm his age. 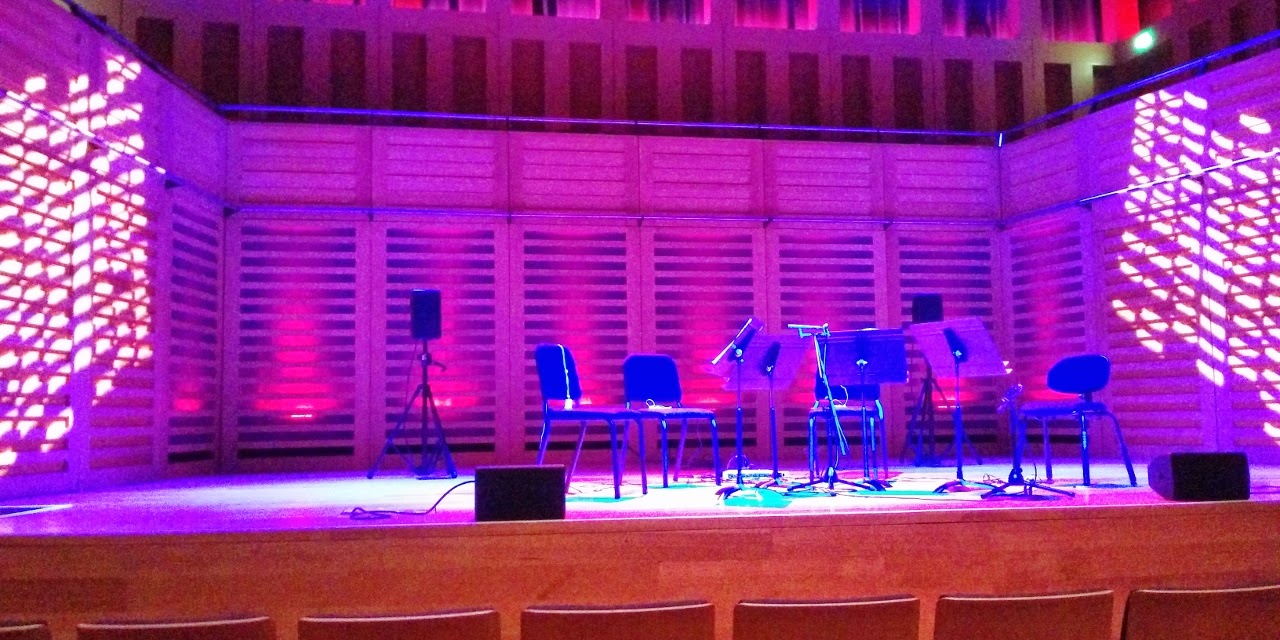 Such thoughts come naturally after hearing his haunting and powerful Different Trains this morning at Kings Place. It was immaculately played by the Carducci Quartet who stayed behind for an audience Q&A.

I've got the CD and had heard it many times but live there was an immediacy that grabbed, moving from pre-war America where trains were glamorous to Europe during the war when tracks would end at the horrors of Auschwitz.

It was paired with another Reich work, new to me, WTC 9/11. The musicians admitted they had problems rehearsing this, given the subject is so recent and raw. Also unlike Different Trains there is no resolution, no final movement "After the war" with a message of hope, proof of survival.

It was a concert from the highly recommended Minimalism Unwrapped season at this relatively new addition to London's classical music scene. 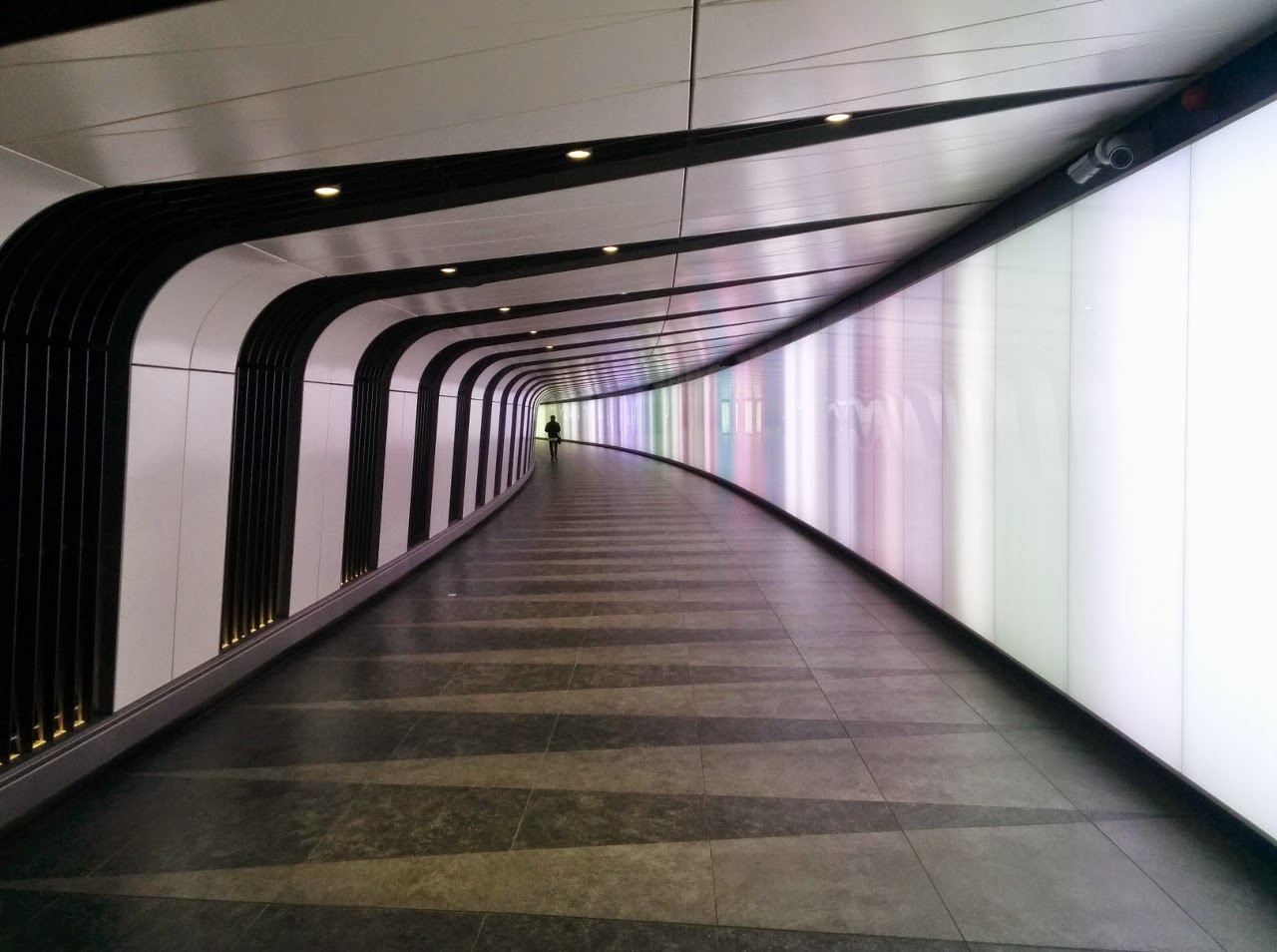 Kings Place itself is part of the huge regeneration of the area around Kings Cross Station. Unlike so many developments building luxury apartments for non-doms to leave empty, this one has 50% affordable housing and a new university, plus integration with Regents Canal and a little nature reserve.

Kings Cross is also, of course, the home of Platform 9 3/4 where the most famous train of them all, the Hogwarts Express, would steam north. 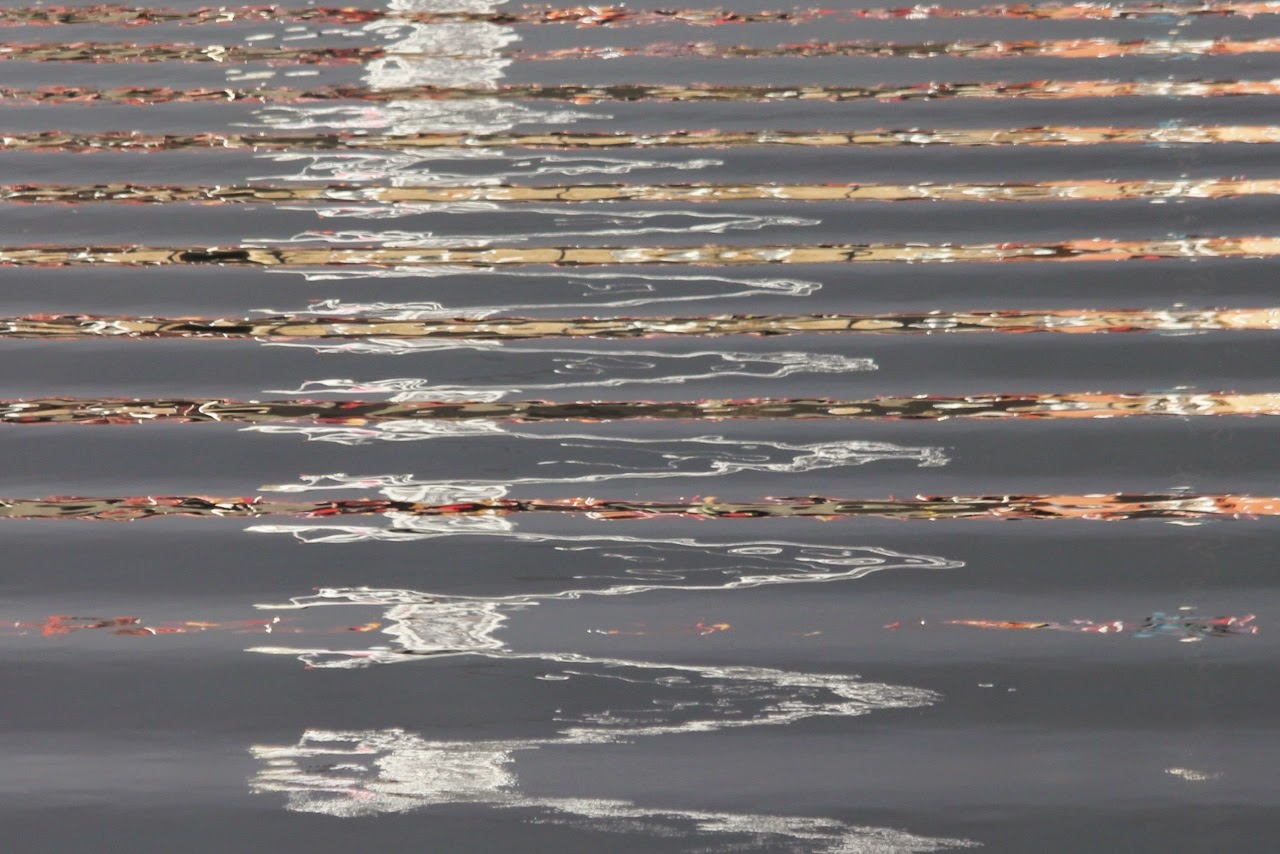 Surely not, you might be wondering. Big yes, but romantic?

However London was recently voted (in one of those sponsored infotainment online quizzes) the most romantic destination in the UK. It's also bigger than its ever been, surging past the previous peak in 1939 of 8.6 million to hit a record population and growing strong.

I was going through my top hundredish photos from last year and it was noticeable how many of them either were of the Thames or of buildings on its banks. A large factor of that was due to sickness restricting travel but it did show how photogenic this much visited city is.

The Thames, whether glittering in the sun or a flow of grey, winds its way from west to east, delighting with its reflections (above).

Here the wake of a passing RIB disturbs the reflection of a crane, building yet more homes for some of the millions more predicted to move here.

And still they search 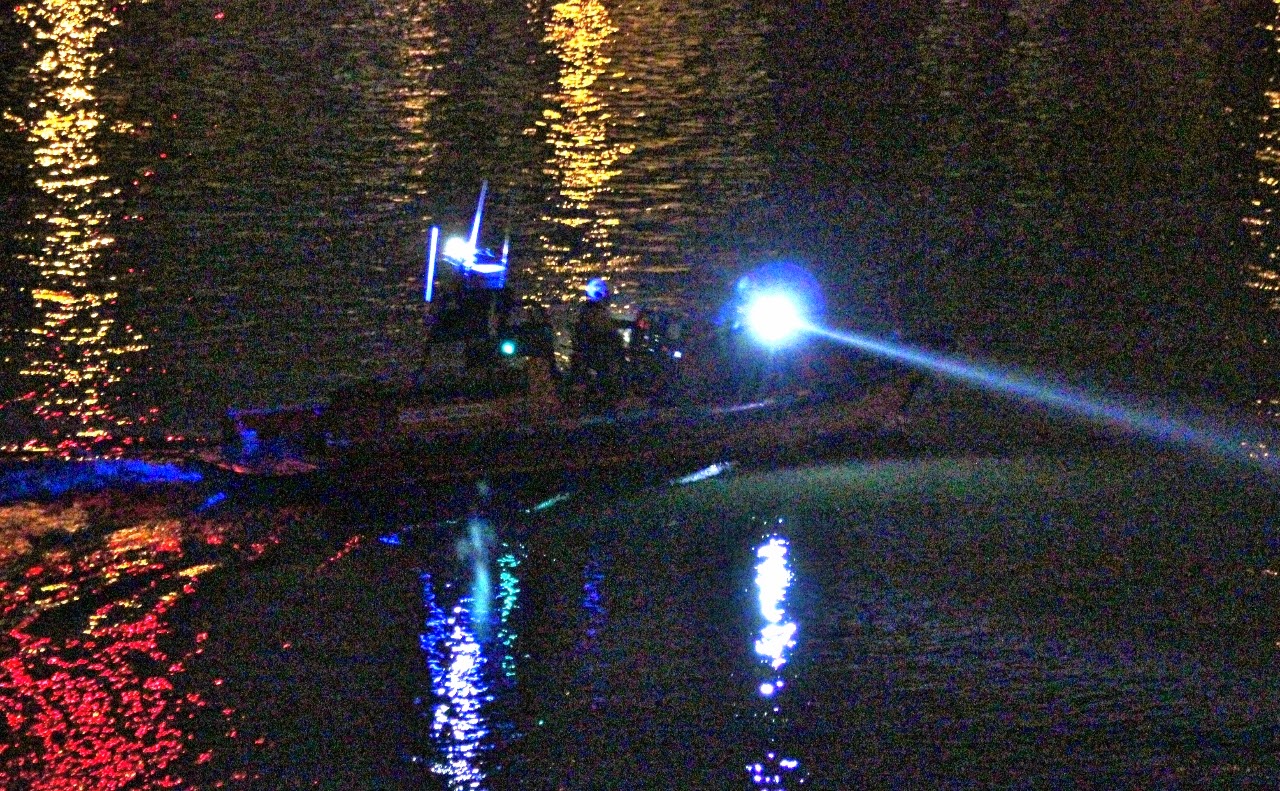 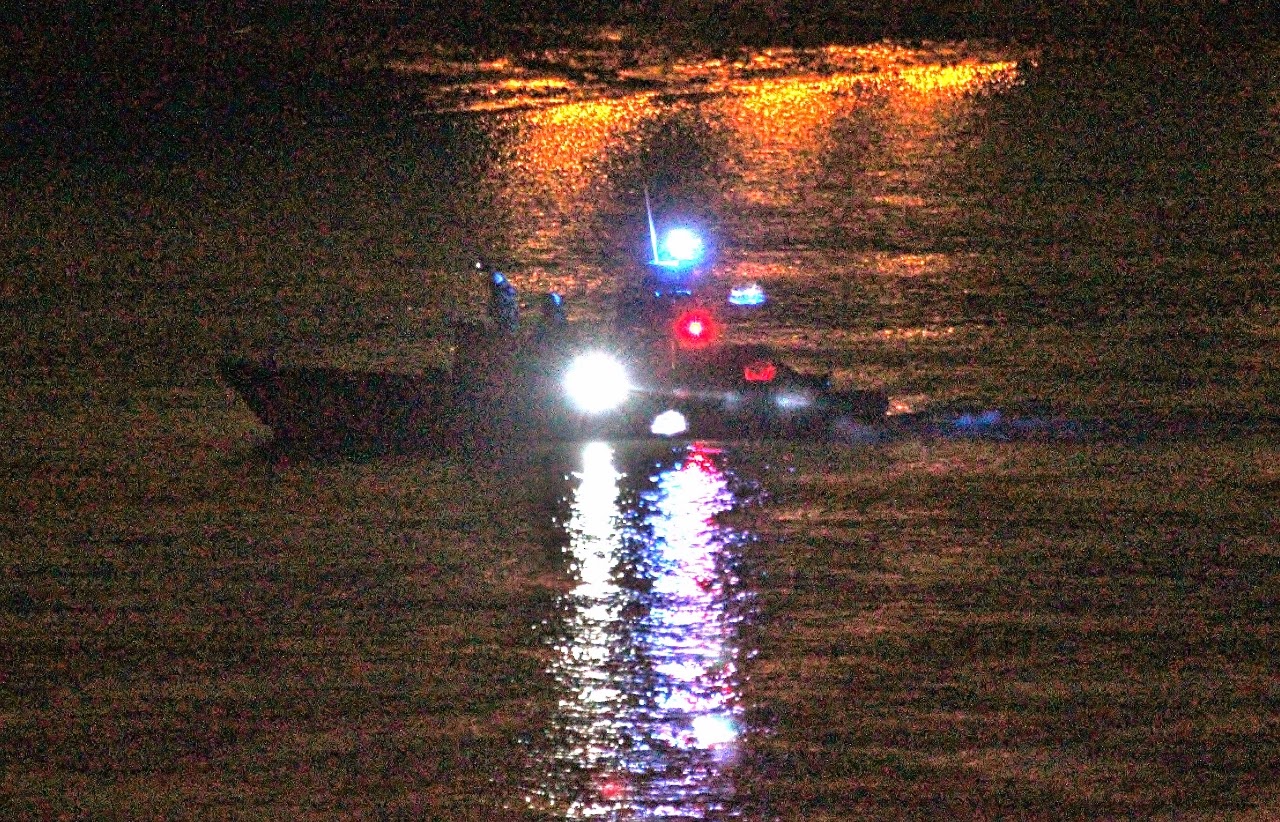 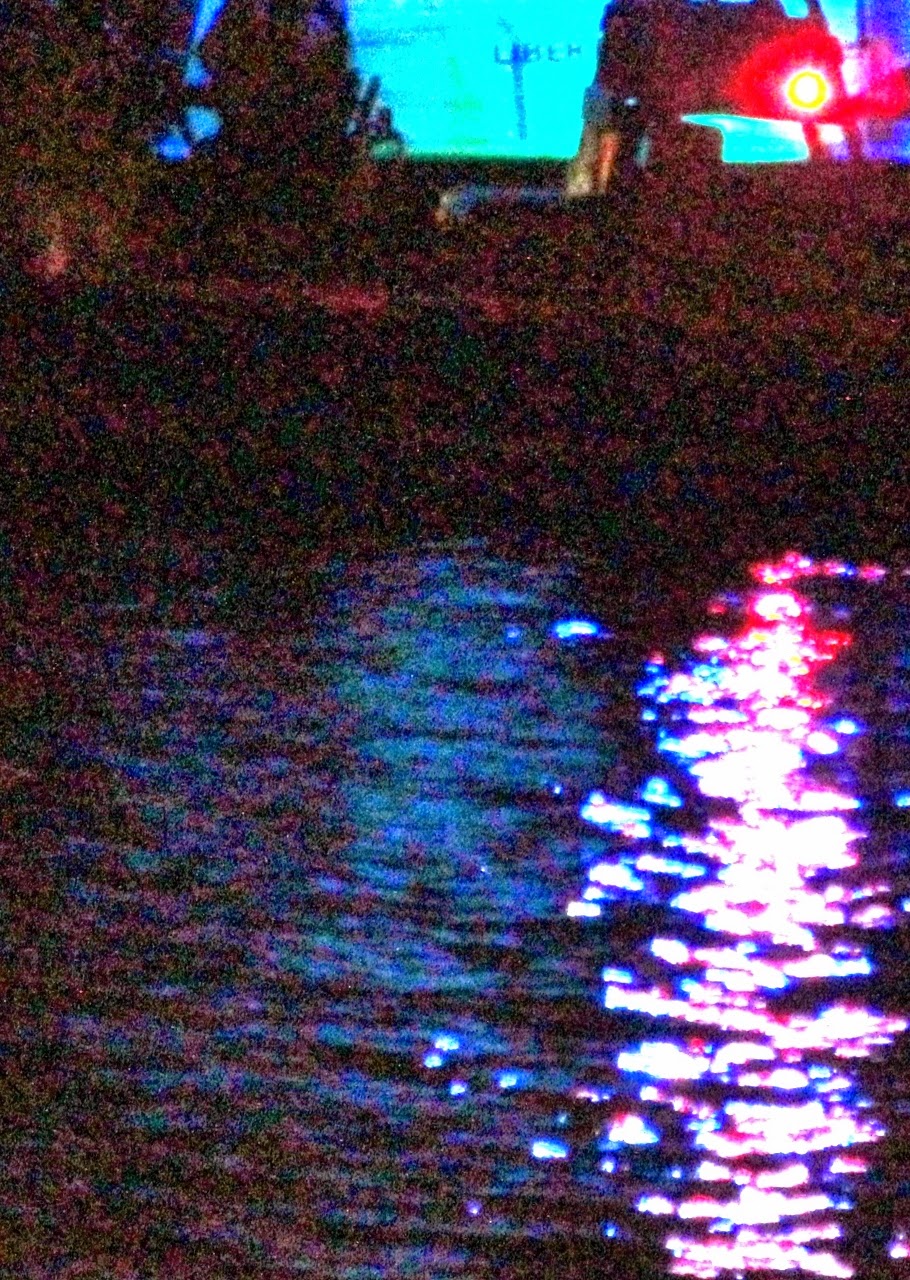 Last night the Thames was busy by Putney Embankment.

Up and down the river prowled a flotilla of rescue boats from the RNLI lifeboat, police boat and PLA, search lights swinging from side to side.

My heart sank, for it is the saddest sight on the Thames.

Today I read in the Evening Standard that a top rowing coach went missing in the cold of February river water and that "Chiswick RNLI lifeboat crew found an upturned boat bumping into moored vessels but it was empty".

Keep safe out on the water.

My eye keeps getting drawn north.

First I read Arctic Labyrinth all about the discovery of the NW passage, then I open up Yachting Monthly to read (again) about Sumara of Weymouth's trip to Jan Mayen, then I start my next book which is Bob Shepton's Addicted to Adventure which will end up with him - you guessed it - making the NW passage.

The eagle eyed will also spot that the blog roll delete after one year no-posts rule is on hold as the next to delete is "Northwest passage on a shoestring" which was a rather cool trip.

So I was very intrigued when read over on Windtraveler that blogging friends of theirs were planning on taking their family through the NW passage and looking for crew.

Alas having been off sick there's a lot of work to catch up on and its really not a good time to head into the wildest parts of the world for months on end.

Anyhow I pinged off an email to wish Salty Kisses good luck plus listing my experience (in putting together Lego kits that is) and got a nice reply.

If you're interested and have the time drop them a line though I think they might have some candidates already.