Tempted to go for a swim? 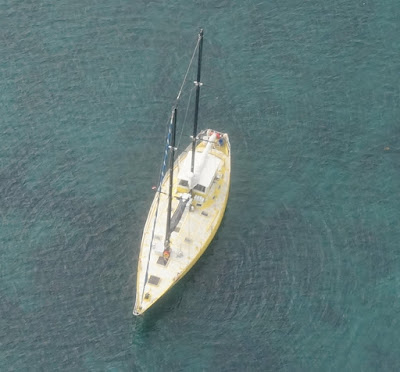 The water is not as inviting as it looks at first: 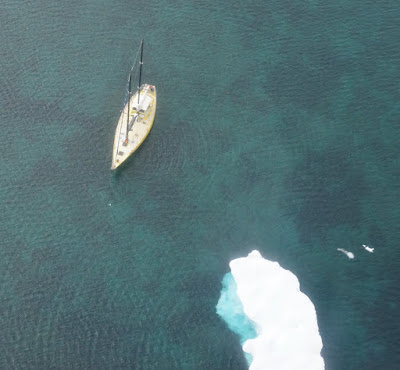 The changing Thames - from above 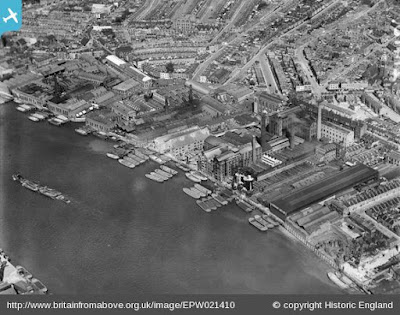 I was recently researching a picture my dad gave me, trying to work out where and when it was painted. It was of an urban scene, in London, probably from Cheyne Walk where so many artists visited and lived.

The history of the area proved easier to track down than the artist, with resources like the Britain from Above, which revealed the photo above of Battersea Reach in 1928.

I was staggered by how much London's river bank has changed, and recently too, for these factories were mostly there 50 years ago. Now that area is part of the expanding developments of river view apartments, with another 100,000 planned between now and 2020.

Before the transformation there were factories making candles and soap, mills for flour and sugar, distilleries, malt-houses and much much more.

This site allows you to compare modern satellite photos side-by-side with old OS maps from a hundred years ago. And for this stretch of the river in the 1888 - 1913 maps there were engineering works, saccharum works and a starch manufactory (yes, that's what they called it).

After looking through these photos and maps I biked along the oh-so-smart Thames path for this stretch of river. My eyes could see the concrete and glass but in my head I saw chimneys and brick. On the river weren't tourist boats but dozens of lighters taking goods down to the docks.

London is ever changing, but this was more than that, a transformation, the end of the industrial Thames.

The rivers and air is the better for it, but it is worth remembering this smoking, dirty but hard working part of the city's history, which helped build modern London.

The changing Thames - from below the surface

Nice video from the PLA on how they track how things are changing below the surface.

Next of course, how the Thames is changing - from above.

Two super-yacht videos and a question

So I was watching the video above and had this thought.

It's a great video of its type, full of clips of beautiful Js racing along the Solent. But it's a very traditional view of sailing, jackets and ties on the lawn of an exclusive club, full of.... shall we say "seniors"? That hat at 03:47....

Was this sort of thing, I wondered, the best way to attract new-comers into sailing? Would it, rather, give the wrong impression: that there are barriers and that socialising isn't open and inclusive?

Then today I was surprised, not for the first time, by finding out that a non-sailing colleague knew all about S/V Delos, and others like them on YouTube, enjoying videos such as this one:

The Delos crew are doing a fantastic job - great videos and sailing, with some sweet world cruising, very different from the profile of a traditional yachty.

And I wondered, have you too been surprised by discovering that someone you know who you didn't think was into sailing has enjoyed these videos? 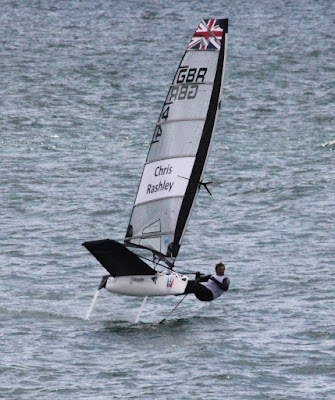 Ok, enough alliteration, but it is good news for boating as it appears that its not just cycling thats had a boost in the last few years.

According to the Telegraph "between 2010 and 2014 the number of people who took part in boating activities went up from 2.75 to 3.5 million."

In addition, the "number of craft, including yachts, canoes, dinghys and windsurfers, owned in Britain has also gone up, from 1.1m in 2011 to 1.2m in 2014" (thanks to Chris we can now add at least one to those numbers).

Is it the post-Olympics glow or is it Ben Ainslie's America's Cup challenge or new cool ways of getting out on the water (such as the foiling Moth, above, from the ACWS, or of course the RS Aero) or warmer weather or ...

Jolly good news any way you look at it. 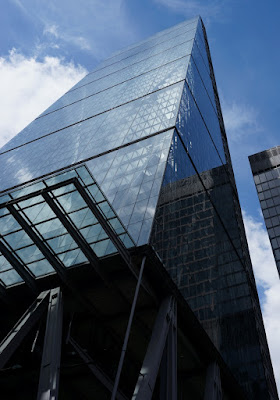 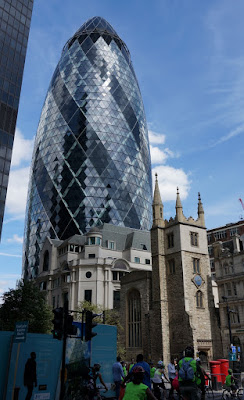 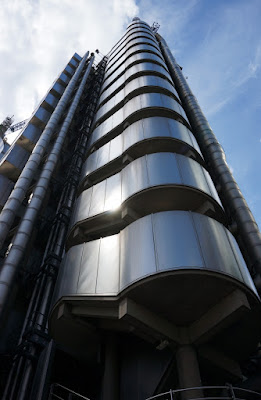 Two foodstuffs and a drink: what are they? 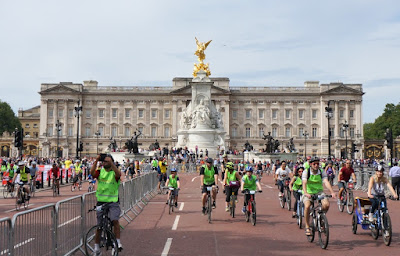 The three year anniversary of the 2012 Olympic Games led to some hand-wringing comments about its legacy being squandered. But over the weekend it became clear that at least one sport has thrived, namely cycling.

The Prudential Ride London was a set of events open to both the casual weekend biker such as myself and gold medalists like Laura Trott.

On the Saturday the centre of London was made car free so that 70,000 cyclists of all abilities (all the way down to those with stabilisers) could explore those famous sights (above and below) without fear of being run over.

I went on a similar Skyride back in 2011 but this was bigger, with Mayor Boris calling it "the London Marathon on wheels". 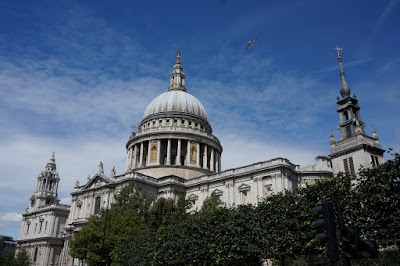 It was absolutely fab and I combined it with the start of the 300th Doggett's Coat and Badge race. In fact I ended up doing the loop two and a bit times (route here), crossing Waterloo Bridge in total six times, three north to south and another three in reverse: 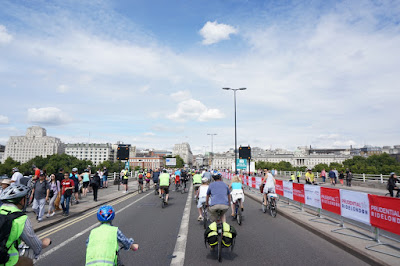 There was a bit of a crush around Trafalgar Square and Westminster where the route narrowed and there were frequent crossing points for tourists: 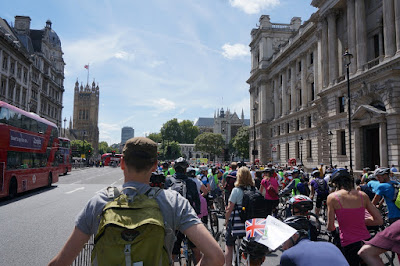 But the organisation was absolutely superb: lots of volunteers doing useful things and music all over the place, with bands like this one close to the Bank of England: 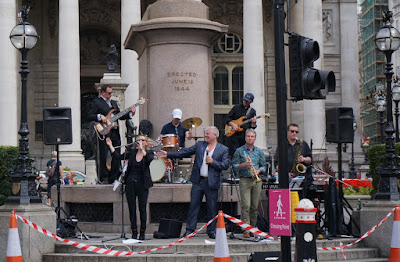 On the Sunday there was the racing, with professionals and serious amateurs heading off to loop around Box Hill just like for the Olympics, and again SW London was split into two.

The number of places had been increased from 16,000 to 20,000 in the first two events and finally this year 25,000 but was still massively over-subscribed, with 86,001 applying for the 100 mile race. They must have really enjoyed the finish line: 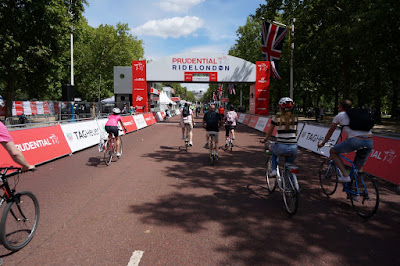 All in all, a hugely fun event, and my favourite track to bike to was this one:

With a tube strike threatened this week it might be an idea to have that bike handy and be ready to head back into central London. 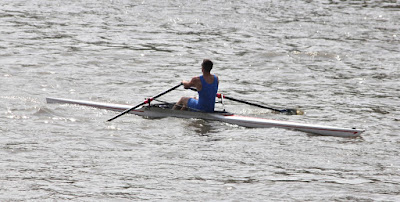 The America's Cup and the Oxford and Cambridge Boat Race often boast of their tradition and ancient history, but the Doggett's Coat and Badge Race is way older. 300 years old yesterday, to be precise.

It is also a connection to the tidal Thames's great maritime history, for it only open to young watermen “in the first year of their Freedom of the Watermen’s Company".

The founder of the race, Thomas Doggett, was not either a watermen or lightermen but instead an actor. However the watermen were the taxi drivers of the age, so he obviously appreciated their work and so set up the race in 1715 to commemorate King George I's accession to the throne.

The field of six raced from just below London Bridge to Cadogon pier and as I was in London anyhow I wandered down to the start.

It seemed a bit haphazard, with no clear "go" though HMS Belfast fired a salute 15 minutes earlier. The rowers just seemed to edge upriver and then go for it. I guess with a course that long it doesn't matter too much.

Who can guess what I was doing in central London and what form of transport took me there?


The Devizes to Westminster is one of the world greatest and toughest endurance kayak races, and its spirit has been captured in this recently released short video.

It follows Steve Backshall who was undertaking it to raise money for World Land Trust, a charity really worth supporting. The biggest two environmental problems of the day are global warming and loss of habitat, and its efforts to protect the richest habitats helps address both.

Tech heads might like to know it was filmed on Sony A7s, Handycam AXP33 and an action cam.