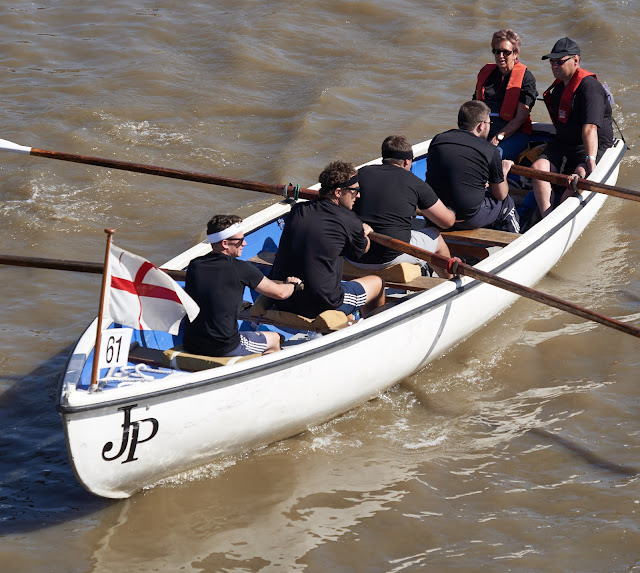 Today hundreds of rowing boats were seen on the Thames taking part in the 2019 Great River Race. Apparently there were up to 330 entries from all over the world rowing 21.6 miles from Millwall Riverside in Docklands up to Ham House, Richmond - see the official web site here.

Yet again JP supported by ol' Buff Staysail and Sassy Tweet were on Putney Bridge to watch the teams go by and award the JP BLOG AWARDS!!!

First up was BEST BOAT NAME, which was won by the one above - bravo! Great name!!

The next award was for BEST BOAT BUNTING, and this entrant was a clear winner: 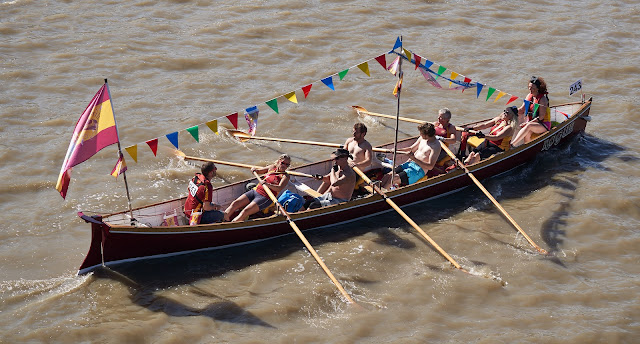 There was another clear winner in the BEST FLAG award which literally put the others in the shade: 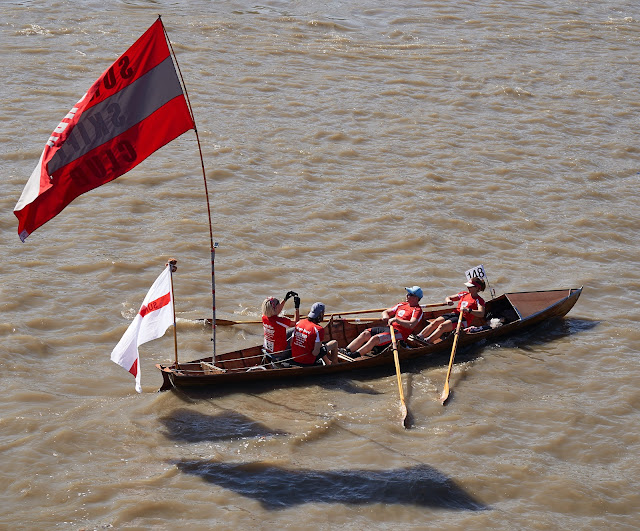 The most closely fought award was the one for the BEST COSTUME. This is always a tough to judge and Sassy agonised for ages (more abetted than aided by Buff) and in the end decided that the following ARE ALL WINNERS: 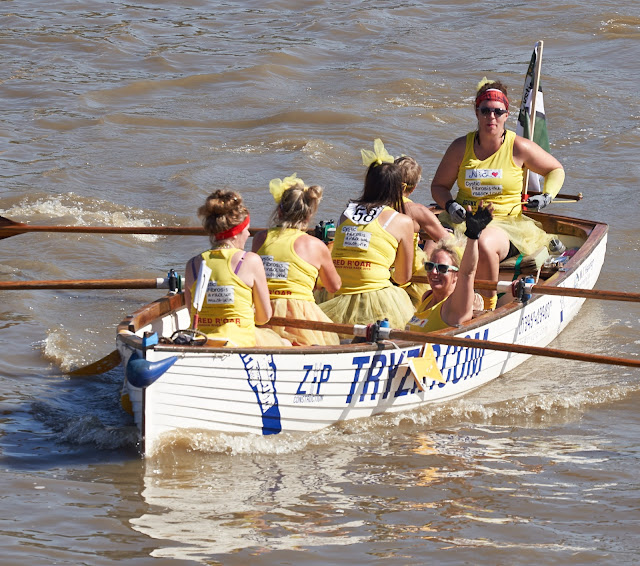 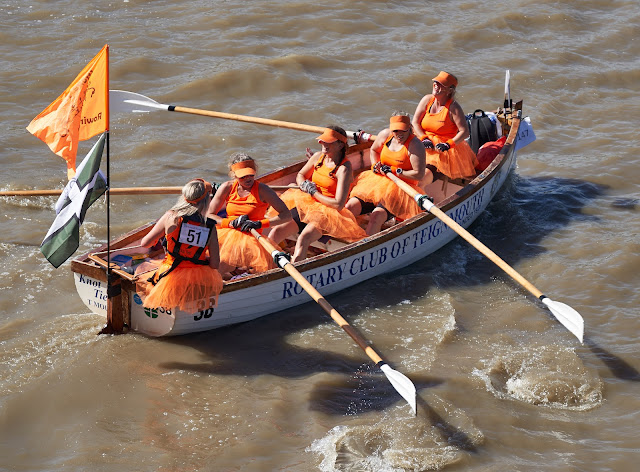 The one on the right here: 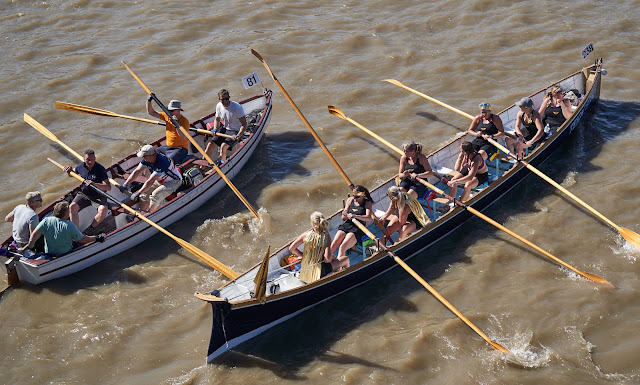 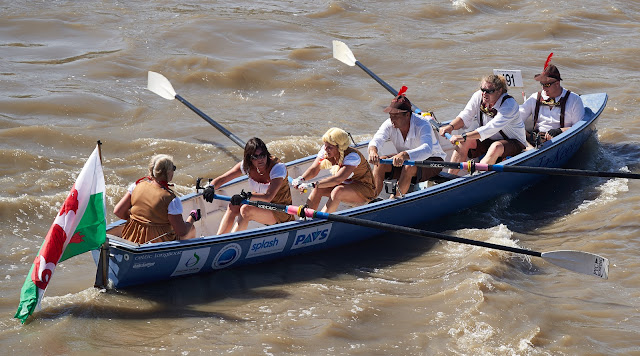 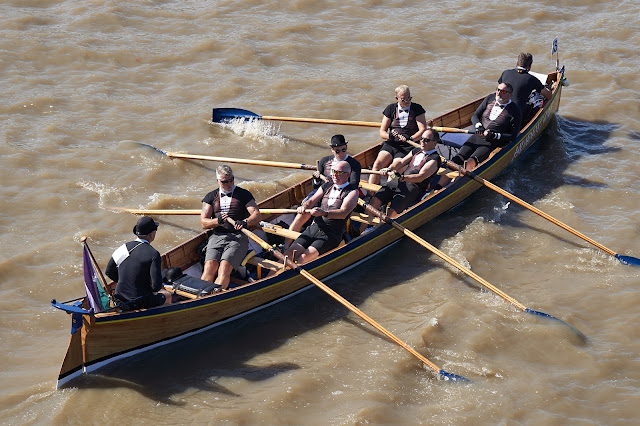 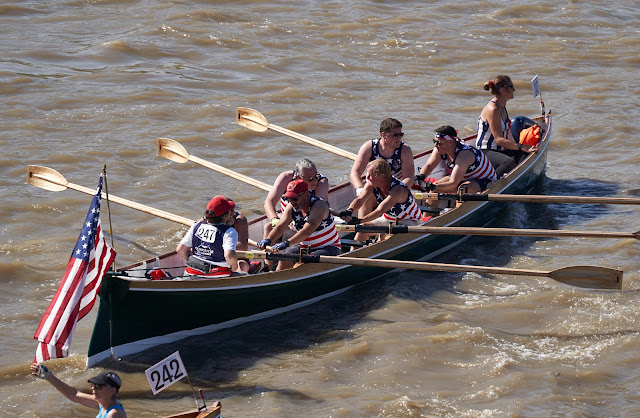 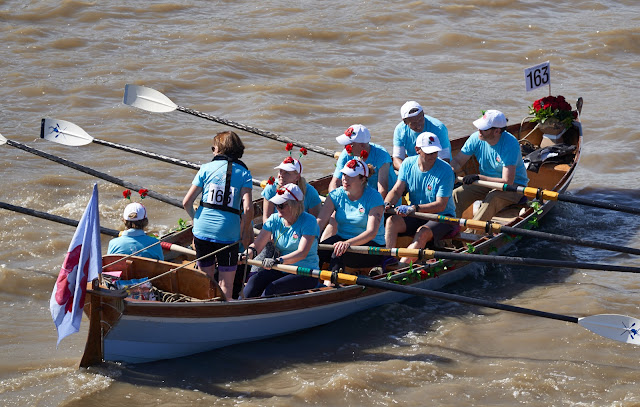 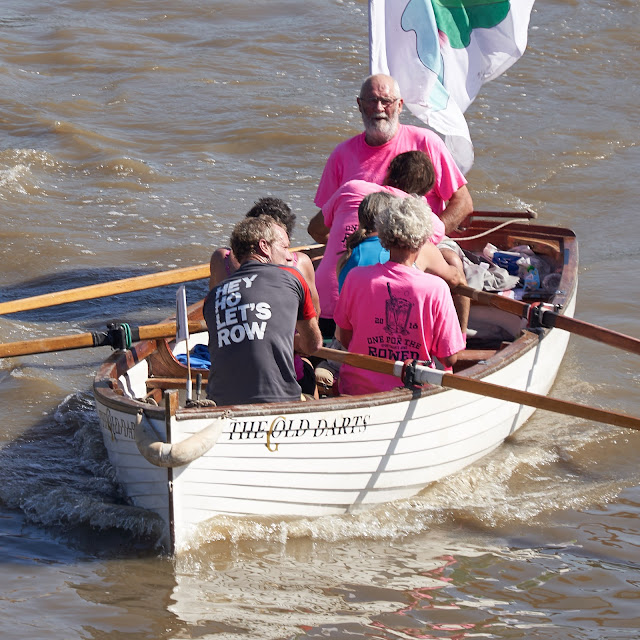 Moving on quickly we have the awards for the BEST STEERING POSITION and BEST DRAGON DRUM: 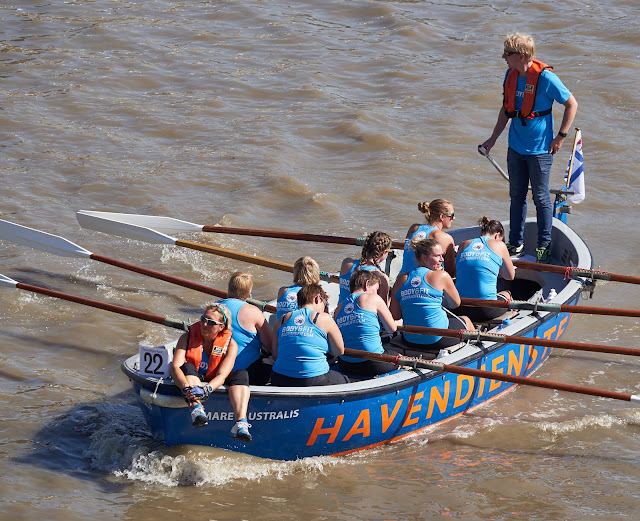 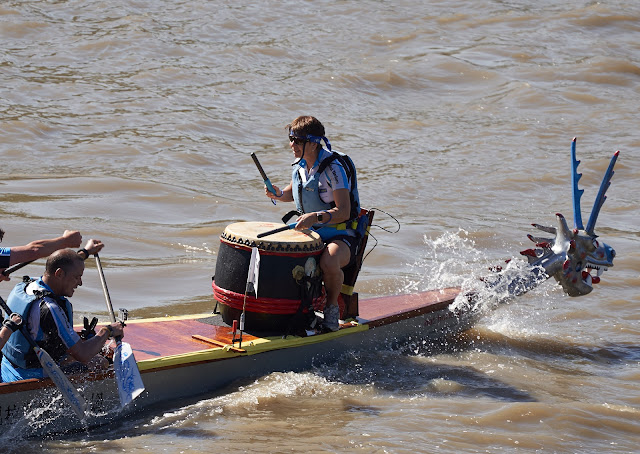 Finally we have two other closely fought categories. Let me say, the judges argued strongly about this one but in the end Sassy had her way in the SOCIAL MEDIA AWARDS:

Runners up, to those live Tweeting or Instagraming the event: 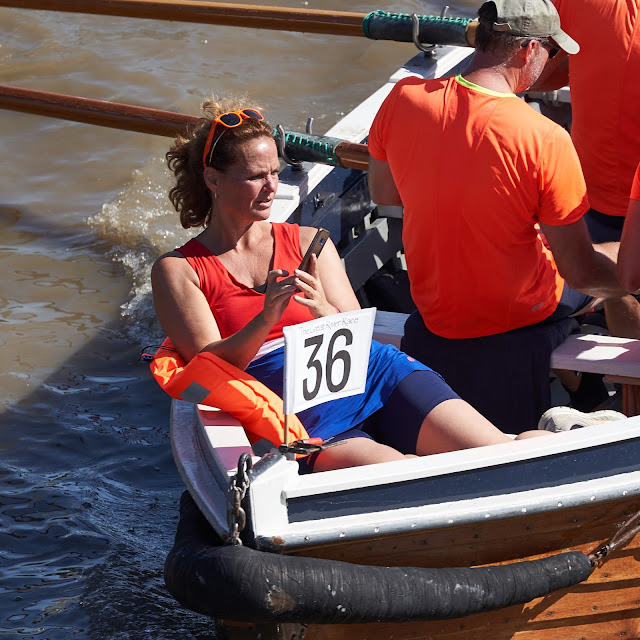 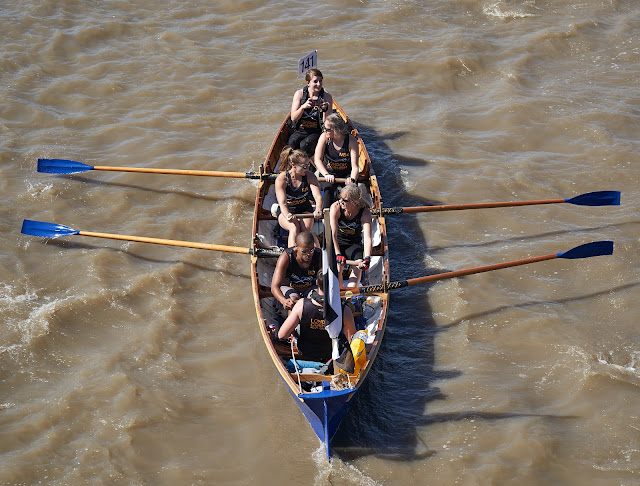 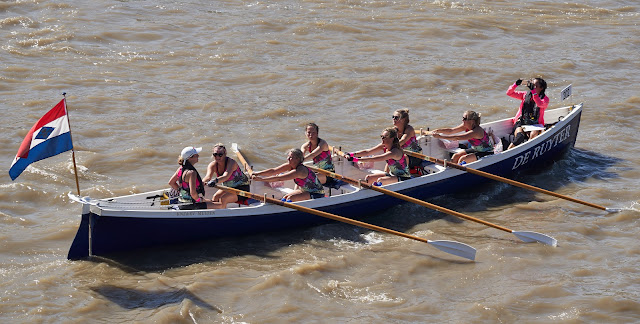 But the winner went to the boat recording the whole show using an Insta360 - nice! 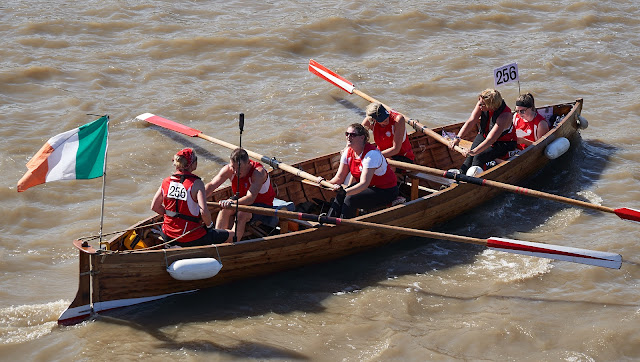 The final award is an all time classic, namely the BEST PIRATE BOAT award.

The runner up was this one: 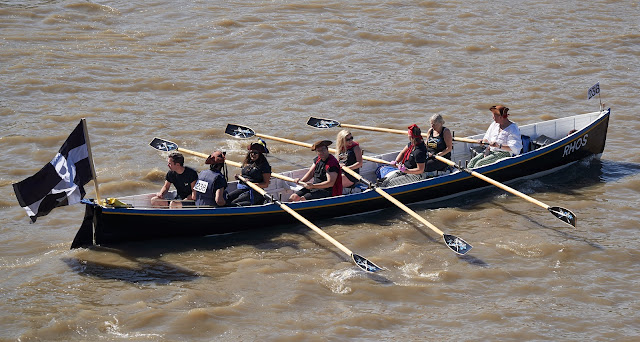 Classic! Alas they were beaten by this winning entrant which HAD A CANNON IN THE BOW: 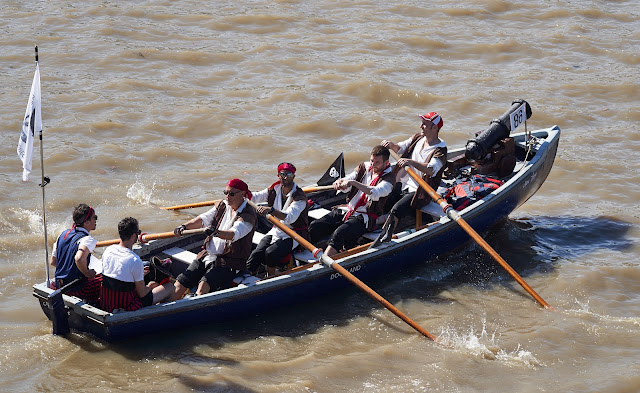 In fact, congratulations to all entrants for you are all winners: rowing all that way is a real achievement!

It was also a great spectacle so thanks to all those like the PLA & RNLI that help arrange and organise this. Plus the weather was for once just lovely.