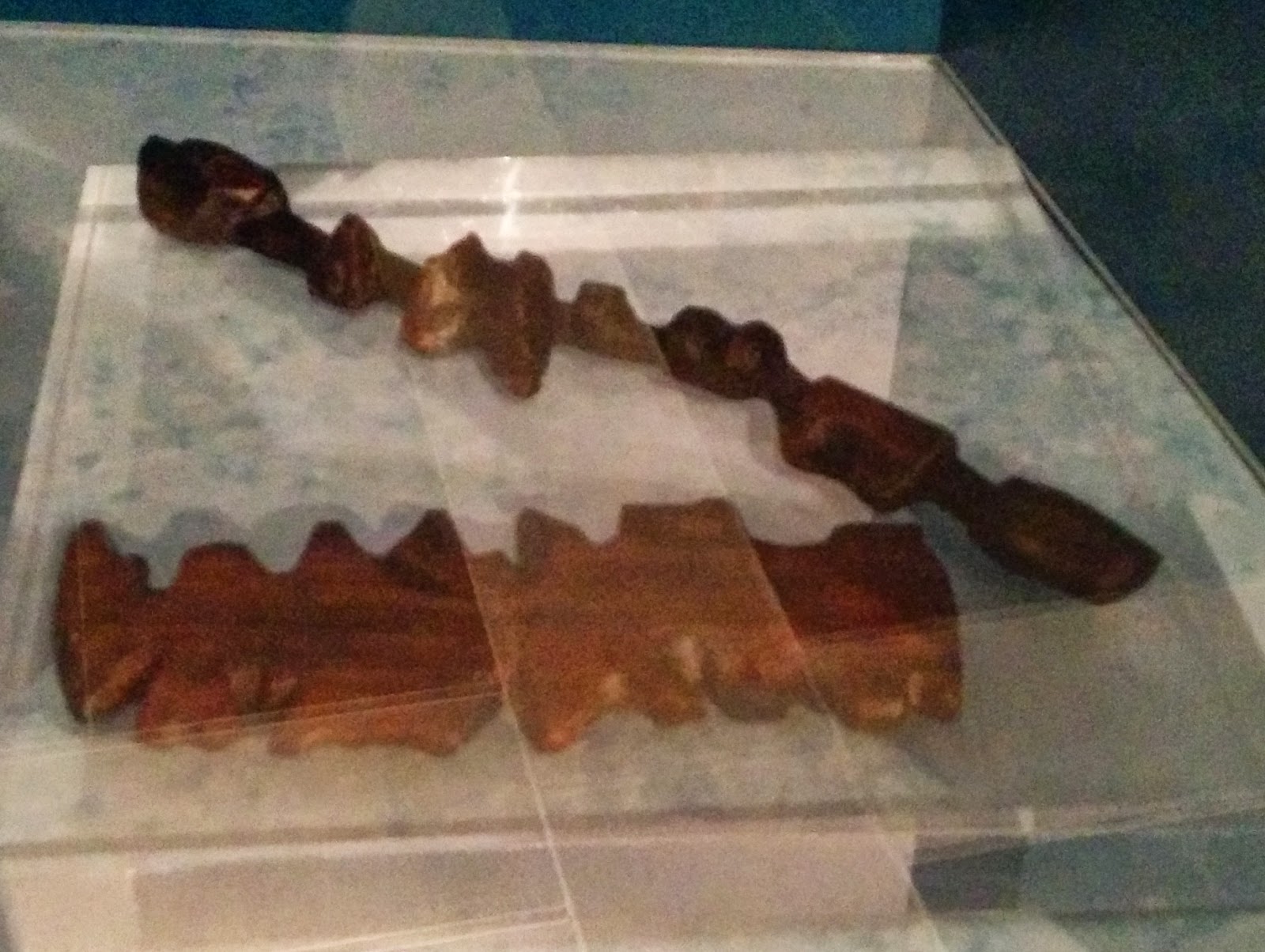 These beautiful carvings are the British Library's copies of the Ammassalik wooden maps, created by local Inuit navigators and represent in 3D the coastline of East Greenland.

The top one is represents islands and the bottom the coastline, and were collected by Danish explorer Gustav Holm in the 1880s. They are designed to be felt in the hand, rotated round, possibly in the dark, with each notch and curve representing not just coastlines but its appearance and rock formations. They also have the advantage that they float.

His report notes that the "mainland continues from one side of the wooden block to the other, while the islands are located on the accompanying block without regard to the distance between them in reference to the mainland. All places where there are old ruins of houses, and therefore good storage places, are marked on the wood map, which also shows the points where a kayak can be carried over the ground between two fjords when the sea ice blocks the headline outside."

One of the fjords it covers is Kangerdlugssuaq, where we had engine failure, but I must admit I didn't recognise it, except in its description as "a fjord of such length that a kayak can not even in a whole day row from the mouth to the head of the fjord and back again".

I'm hoping to one day go back to Greenland and have made a mental note to try to get my hands on one of these and ask for a more detailed description of these fascinating works of art that are also navigational tools.