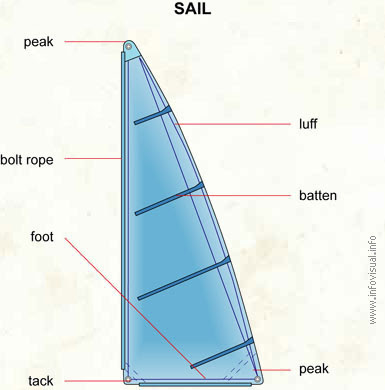 Another month, another Tillerman group writing challenge. This times it's the "Best sailing invention - ever!"

First impression is doh! Its the sail stupid - after all we couldn't do anything without it. And the great thing about it - compared to say kayaking - is how having hoisted it you can just sit back, enjoy the view, open a beer, or gaze into the distance trying to work out what on earth to blog about on your return to dry land.

Of course you with good memories will recollect that Caveman's got invention! competition when the sail, mast, and rigging went head to head as water sport inventions of the year and all lost - to the rudder (though there were those that wondered whether fowl play was involved given the judge was later seen with three chickens and goat). And it isn't sailing without a sail of some form.

Take GPS - absolutely brilliant and makes offshore navigation a doddle. But its a general navigation tool, not just sailing. Ditto with radio communication's ability to keep you in touch where ever you are in the world (thanks Iridium).

Is it the lifeboat (Coastguard) service that's there to help you when things go wrong. Luckily I've never had to use them but there's no doubt they are a genuine life saver.

Actually I'm going to go back to my original answer - its the sail. But not just any sail. I think sailing's big moment was the transition from square rigged pushing sails to triangular pulling sails.

The pushing, square rigger sail is pretty intuitive: if you stand up against a strong wind it will push you along.

But the aerofoil shape of the triangular sail, how a piece of fabric can pull something as big as a boat - even now I find that amazing.

And it opens up the seas. The old ships were driven by the wind, from Vikings to tea clippers, windjammers following the trade routes. You just had to see those old sailing pictures of ships on a lea shore to know the terror that came from being unable to claw to windward.

It must have been a real eye opening, the first time someone hoisted the sail the wrong way up and say "hey guys, you'll never guess how high I can point now".

According to Wikipedia the triangular sail was first invented by the Arabs around 2000 BC, though only became common in the 17th Century.

So its my answer - the best sailing invention ever is the triangular sail.

Nice one. I was wondering if someone would pick the triangular sail. I agree it was revolutionary. But why did it take 3600 years to catch on?

It is odd that it took so long - maybe its aerofoil effect wasn't understood.

Wonder what a square rigged laser would sail like?