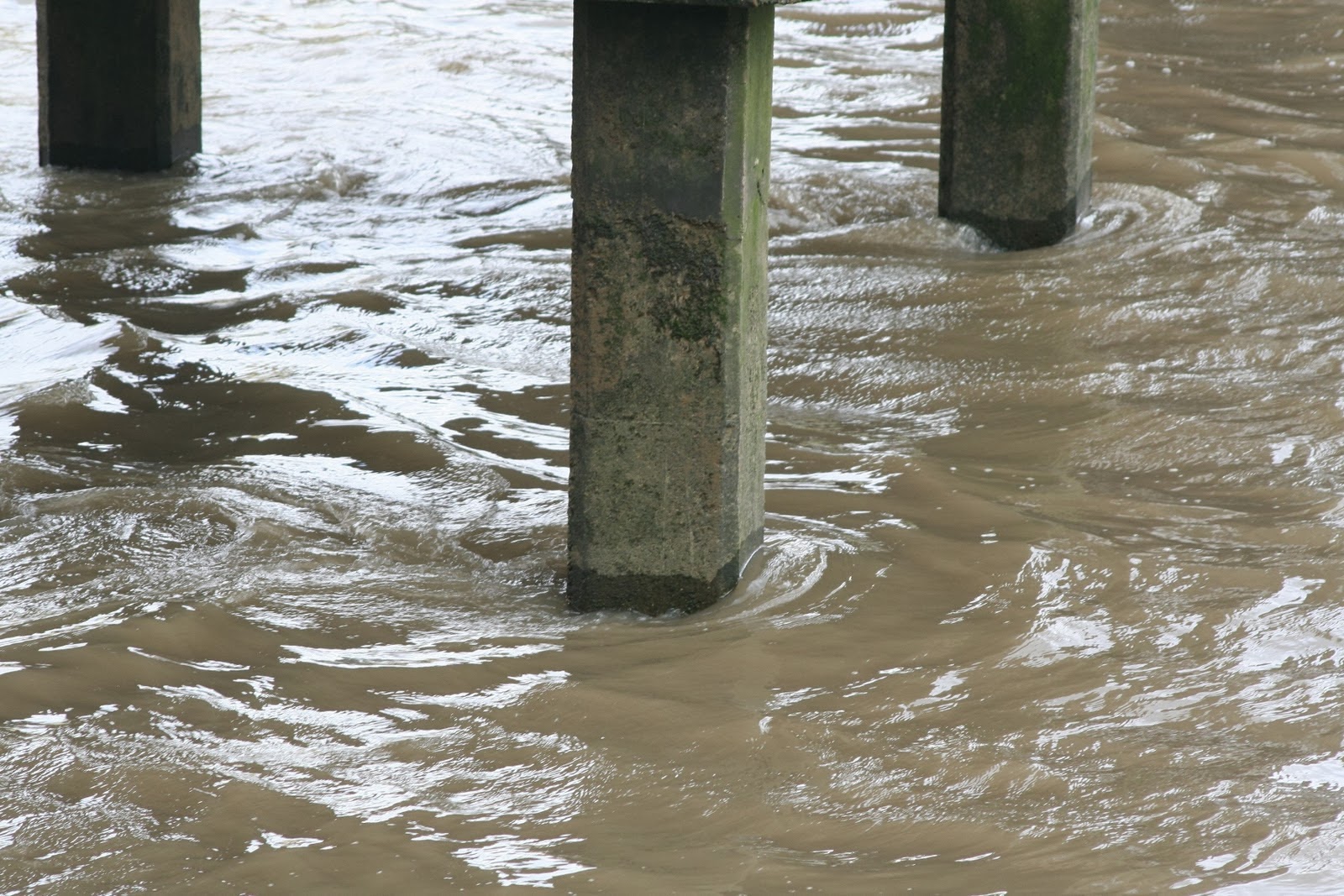 The Thames in central London doesn't flow like rivers inland. Under steady state conditions, most inland rivers behave like this:

The Thames in central London is tidal so it has basically two behaviours with slack water in between:

Recently I've seen the Thames go from Ebb to Inland River to this:

Unusual behaviour:
- flow: down river, slowing to a near stop
- level: rising

What phenomena is causing this unusual behaviour of the Thames?


Updated: the answer is that the Thames Barrier has been raised, damming the river and causing the water level to increase while the flow continues, though the flow rate slows as the Thames in central London fills up, effectively becoming a long thin lake.

Update 2: as an indicator of how close to a near stop the flow becomes after the barrier has been up for some time, moored boats become aligned with the wind direction rather than river flow. There also seems to be all sorts of minor eddies and secondary flow effects which are quite hard to tie down.

All I want to know is how with this effect the football fixtures & schedules. You left that part out!

After the Gunner's disaster this weekend the less said the better!