Voyages of the Sea underneath the Cutty Sark 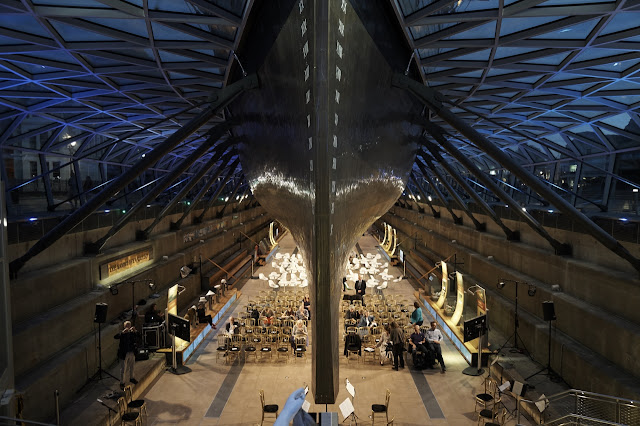 As well as Totally Thames, the weekend of the Estuary Festival was also Open House London (plus Tall Ships in Greenwich - it was a bit of a calendar pile-up) and I went to Admiralty House. Alas there was a no photos under any circumstances rule (and flunkies to enforce it) so will skip that for the next event.

This too mixed an interesting location with something nautical and was a concert by Ensemble Perpetuo called "Voyages of the Sea" held underneath the Cutty Sark (above).

During the boat's controversial restoration it was raised above the dry dock to create a performing space below. I've been wanting to go ever since I heard I'd missed the band British Sea Power playing their From the Sea to the Land Beyond there a few years ago.

The young and enthusiastic Ensemble Perpetuo played pieces themed around the sea, such as Malcolm Arnold's Three Shanties and an arrangement of Debussy's La Mer. There were also three new works with the composers in the audience, the most interesting of which was Panufnik's The Upside Down Sailor which was all about the rescue of Vendee Globe sailor Tony Bullimore.

They were joined by Richard Stilgoe (doing a remarkable impersonation of Jeremy Corbyn) telling Bullimore's story, mostly using his own words. Very enjoyable, though someone should tell them it wasn't part of the Volvo Ocean race as he suggested (I was, of course, too polite).

There was also a chance to look around the Cutty Sark at dusk after it had closed for the general public: 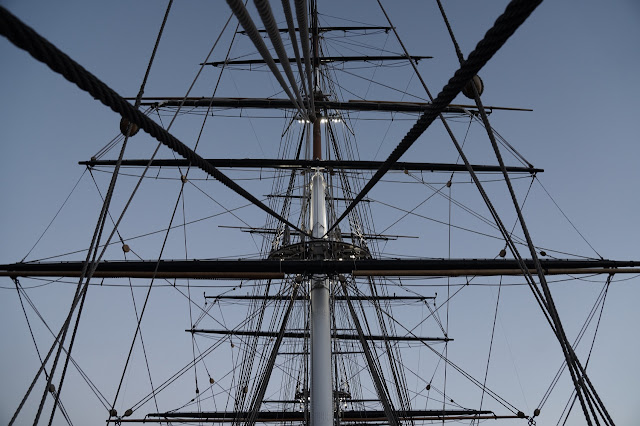 An enjoyable concert and lovely performance space, with another the following evening...