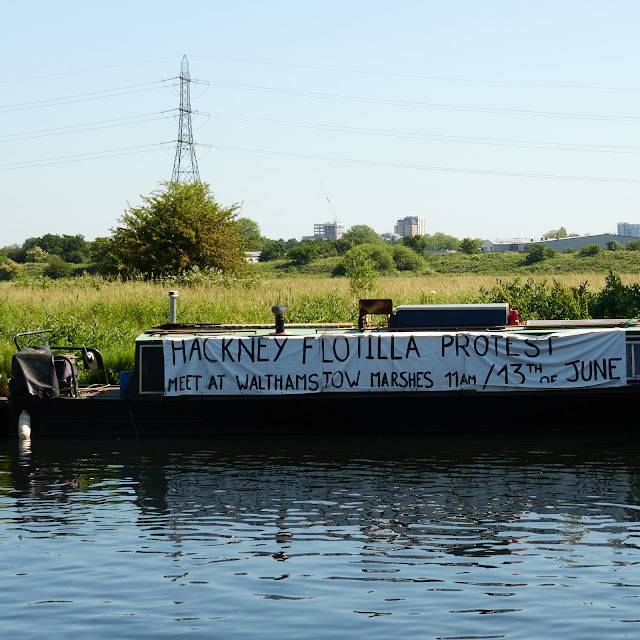 As mentioned previously, when walking along the Lee Navigation I couldn't help but notice a protest was being arranged later that day by the narrowboat community. They were concerned about a potential reduction in the numbers of moorings, as described in this article.
In addition to the banners there was a steady stream of boats heading towards Hackney to take part, such as these two: 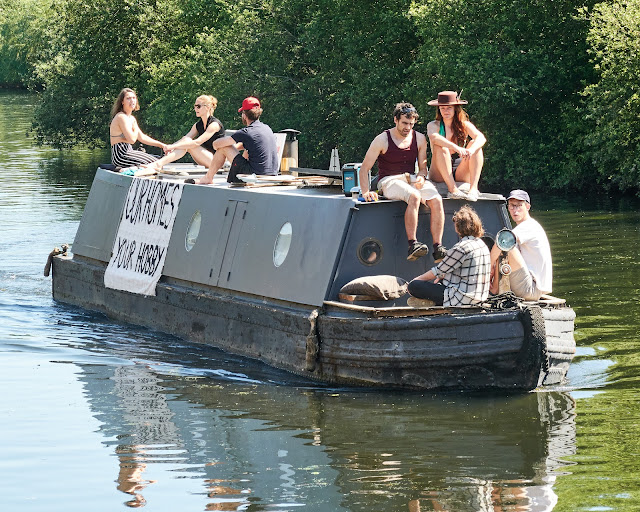 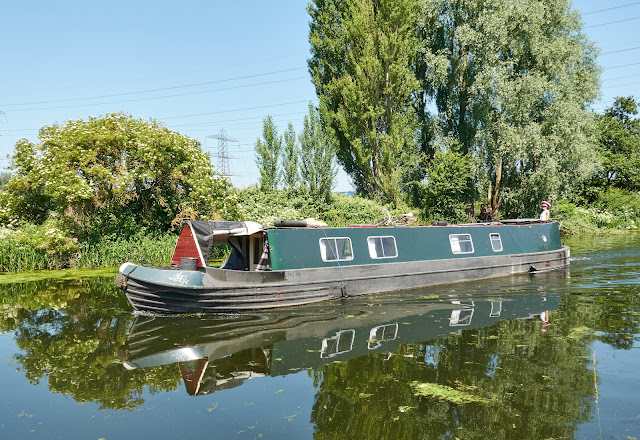 Note the impressive hat of the woman helming the one above: 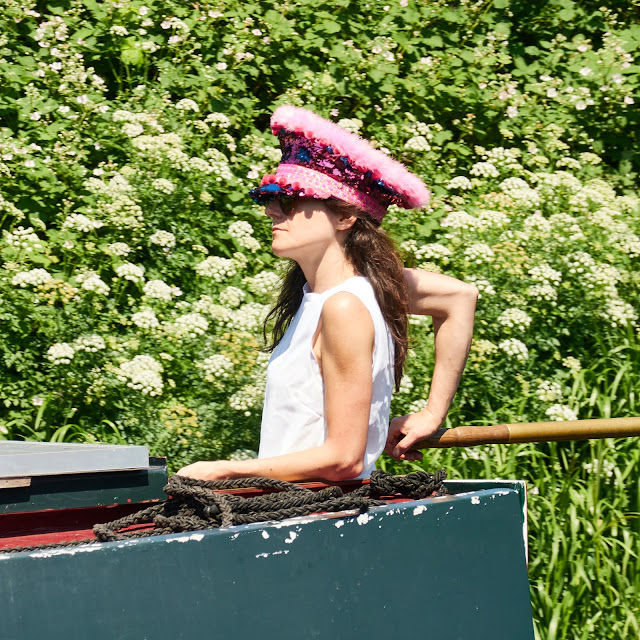 However I didn't stick around as I'm not sure I actually agree with their position, and the biggest problem was this: 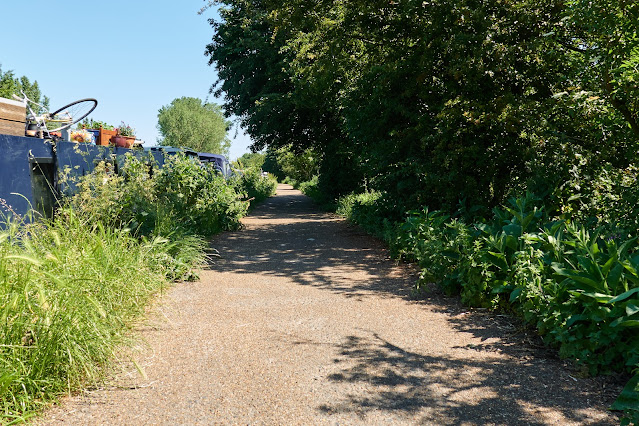 I set out to walk the Lea Valley, the Lea River and the Lee Navigation, but most of the time I was walking between a long, long line of narrowboats and bushes. It was only rarely that there was a view of the river.
And all too often the boats were a bit like junkyards or trailer parks: 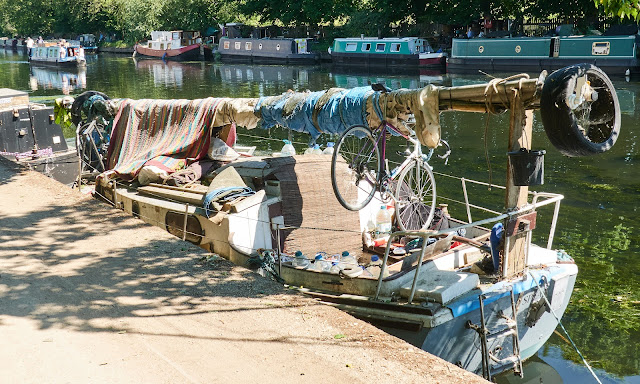 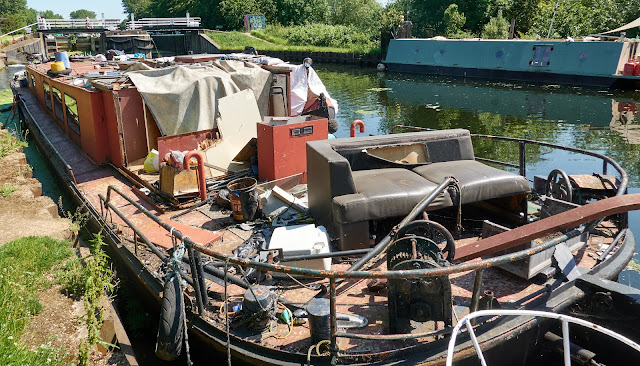 Yes, there needs balance, but at the moment it feels like nearly 100% of the Lea Valley walk is actually cut off from the water.
It felt a bit like those bits of the Thames Path where posh developments have demanded exclusive access to the river and the path is pushed back into industrial estates.
The compromise that is used along most of the Thames Path is that, yes, there can be developments along the river but they must allow the public also to enjoy the river and walk directly next to it.
The canal system of Britain is a National Treasure, something we all should be able to enjoy. It is there for boats to travel along and should not be utilized as one long parking lot.

So a thinning of the boats would bring benefits. It would also help other water users, such as rowers, kayakers and canoers.

Maybe additional narrowboat marinas are needed, such as this one on the right of this photo: 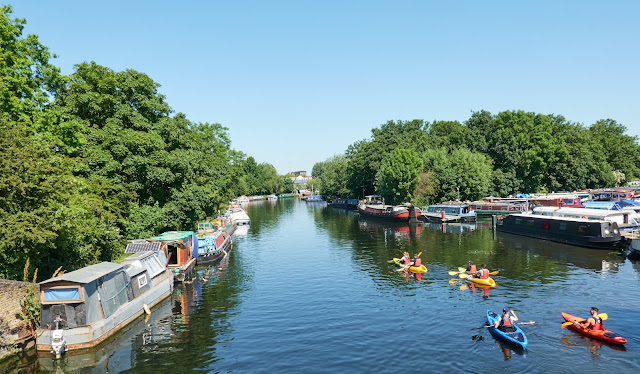 Maybe one of the large unused docks could be transformed - such as the Royal Victoria or Royal Albert Docks where the Lea meets the Thames?