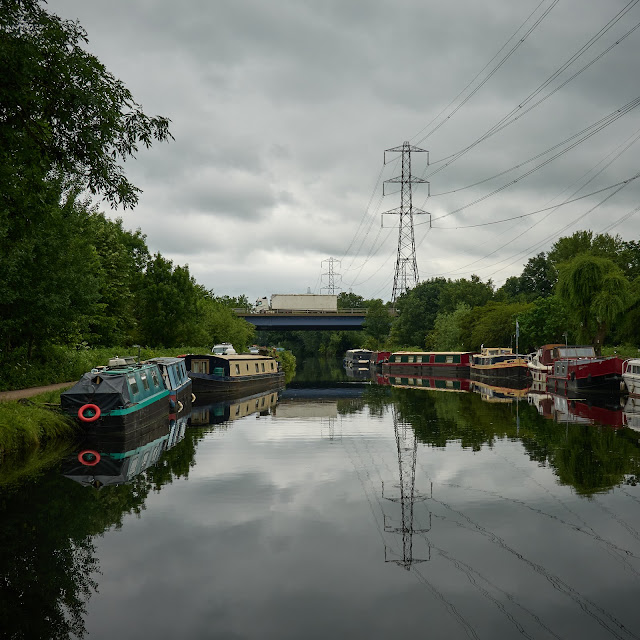 This segment of the Lea Valley walk finally took me beyond that great dividing wall which is London's orbital motorway, the M25, as seen above in the distance.

It was a moody, cloudy day that I returned to Meridian Water for this week's 11.7 km hike: 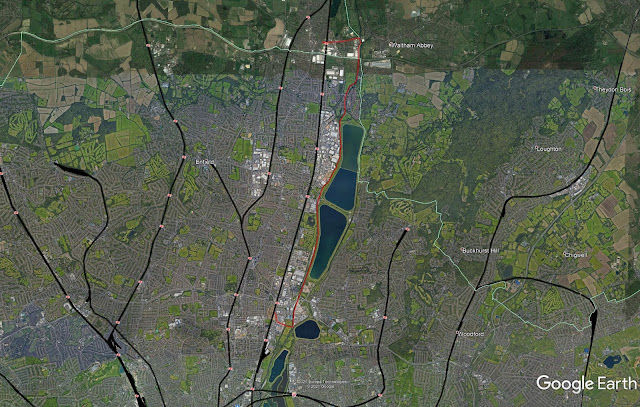 TBH, not sure that Meridian Water is the best place to split the journey as Tottenham Hale has a lot better transport (e.g. the Victoria Line). But I ended there last time and it meant could do the final stretch in one go.

This time avoided the North Circular nightmare and went the back route, but even it wasn't that pretty. For example, this functional ditch is meant to be a "brook": 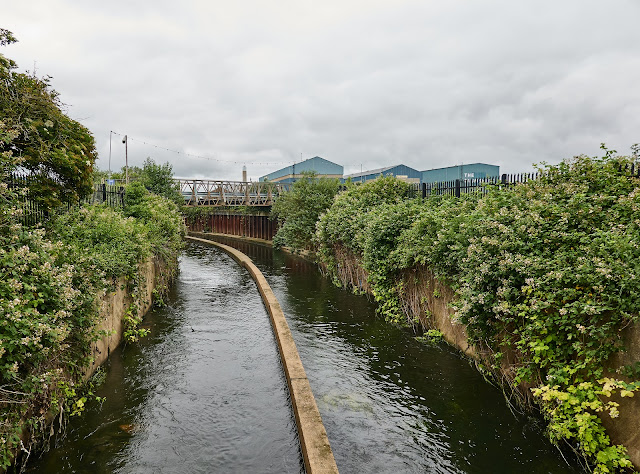 Anyhow, crossed via a bridge over to the tow path and headed north along the Lee Navigation.

It was the day of the Lea Valley 50k, so there was a steady stream of runners heading south. As the morning went by it was noticeable how more and more were walking rather than running. There were also cyclists heading in both directions: 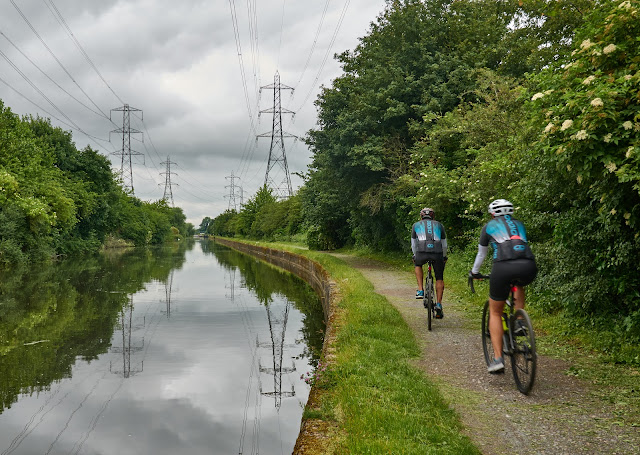 The scenery was a bit industrial, with warehouses on one side of the Lee Navigation and boats on the other: 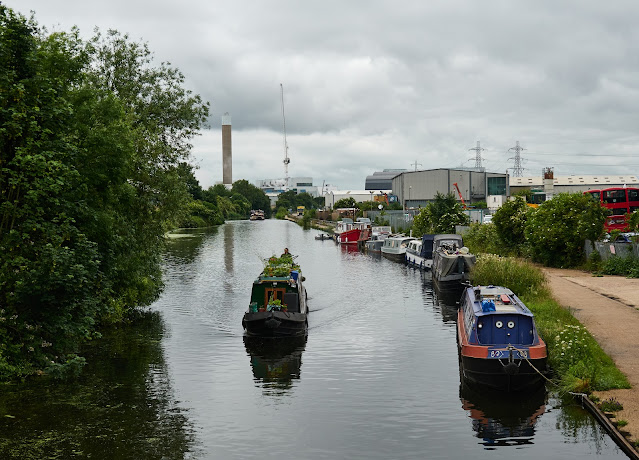 There were also power plants and long lines of electricity pylons followed the Lee Navigation, so many I've saved them for another post.

On one side, hidden from view, were London's vast water reservoirs, and they did seem to attract wildlife, for often the main sounds were bird song and the crawk of the heron: 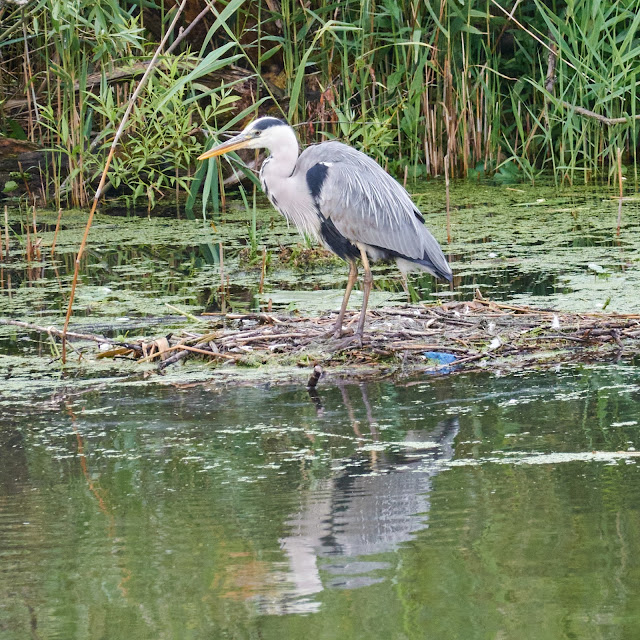 Finally, traffic noise could be heard ahead, and the Lee Navigation went under the M25: 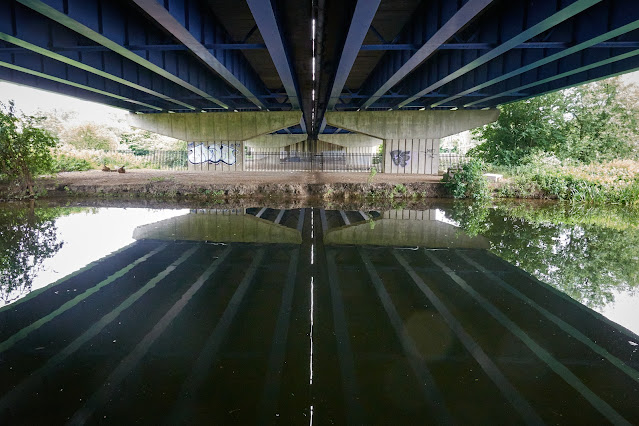 I decided to call it a day at Waltham Cross and decided to head for the best restaurant I could find for lunch, which turned out to be KFC.

After a finger licking meal, I made my way to the railways station, which still within the remit of London Transport so could just tap to enter, and made my way home.

Ah, so your northerly most point is the same of the southerly most point of my walk (https://www.strava.com/activities/5579105539). There is a lot of similar industrialism and barges looking like a scrap-yard along the navigation channel, but the bit at the side of the river is very lovely.

That's a good walk you did!

I had thought about options to "keep going" - such as up to Broxbourne or down the Lea River, but ending at Waltham Cross completed the TFL's description of the walk so it felt like a good stopping point.

I'm also tempted to go back to re-do bits of The Line walk as apparently there are some new art works including this by Tracey Emin:
https://the-line.org/artist/tracey-emin/