Wildlife in the Orinoco Delta 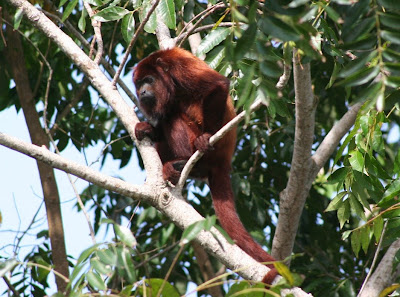 One of the many amazing things about the Orinoco Delta was the wildlife on display. Of course a lot of it was rather good at hiding from that primary predator called man, but some were more vocal in announcing their presence.

In particular a group of howler monkeys, such as the one above, started a group screeching sometime very early in the morning when it was very dark that got through my ear plugs (though was able to get back to the land of nod).

Having woken us all up they then have a mid morning snooze in the trees, like the chap below. I was very tempted to wake him up to see how he liked it! 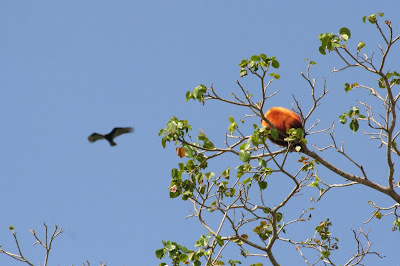 There were also lots of birds on display. Alas I am terrible at recognising birds and my guide spent most of her time speaking German for the rest of the tour group so missed their names (any info most welcome).

However even I think that this is some sort of parrot: 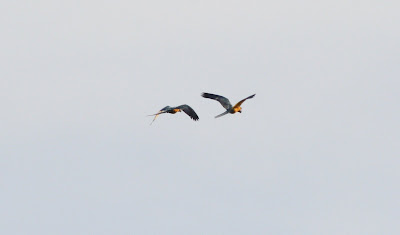 One of the interesting thing about them (more below) is that they weave their nests - very clever! 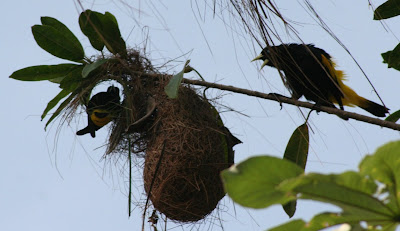 Sorry to say have no idea what this is but looks magnificent! 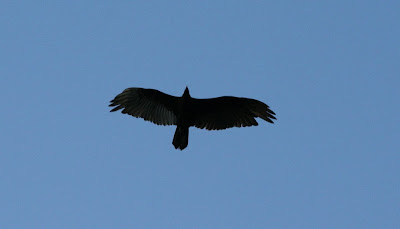 Ditto for this wierd creature (indeed might be the above on a perch): 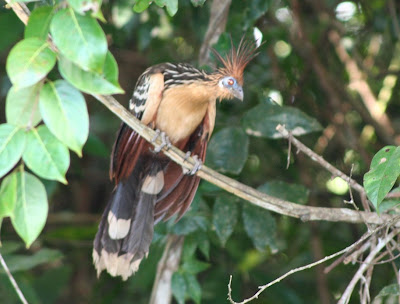 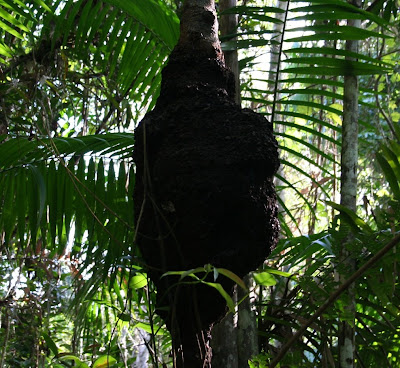 Later went for a swim in the wide muddy waters of the Orinoco River, about where we saw these fresh water dolphins. My friend Anna says you should never bother to take pictures of dolphins as all you ever get are shots of fins like this, but that is better than another piece of water: 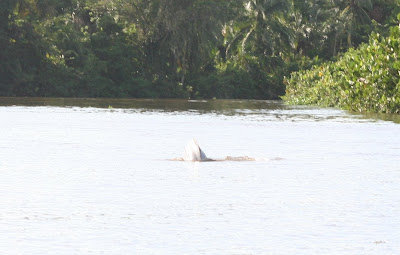 Funnily enough when the tour leader asked who from our group wanted to go for a swim there was only one enthusiastic volunteer who clearly was one of those crazy Brits. It might have been something to do with what we had caught fishing just an hour before - piranhas! 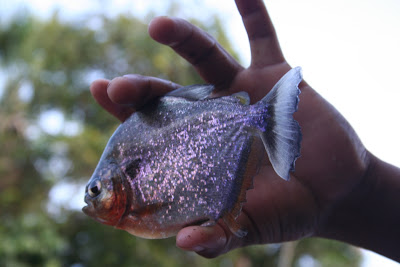 When it was dark we went looking for those creatures that come out at night and spotted this snake - honest it is there I promise! 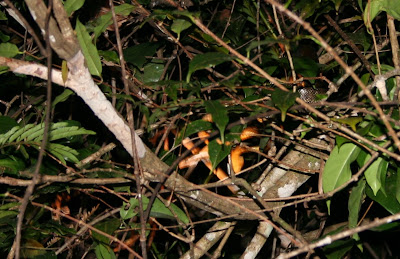 Great shots! Would have loved to do this trip with you. We'll have to make an effort when we get down there in 2015 :)

You should really go - it was absolutely amazing!!

No clue on the frog, but check this out -

Thanks, just found your post, and that is *exactly* the bird that saw in the delta

I'm laughing that you volunteered to go for a swim after seeing those enormous piranhas!

ps(termites a` la carte sounds a bit too gourmet for me - did they tickle/ squirm going down?)