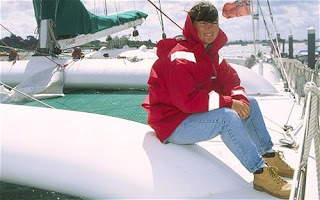 John Martin had a Dickensian quality about him. Indeed he was a friend of Charles Dickens and it is not impossible that one of the latter's characters was based upon Martin.
But I'm not thinking one of the artists in Dickens - though there's no reason why not - but rather the inventor Daniel Doyce from Little Dorrit.
For there was another side to Martin than those epic biblical canvases, namely the entrepreneur and inventor who was literally decades ahead of his time. Twenty years before Bazalgette he was proposing a sewage system for London, with architectural plans uncannily like the eventual designs.
He even proposed using the embankment of the Thames not just for tunnels but also for a railway network, proposing a loop around London not dissimilar to the Circle line.
As part of the exhibition on John Martin at the Tate was his plan for London showing new stations - such as one at Battersea, something that is still being talked about, a hundred and eighty years later.
Indeed the sewage system of London is still a topic of much debate. As has been posted here before, there is ongong controversy about plans for a "super sewer" that will follow the course of the Thames from Hammersmith to Docklands. It is waiting, however, on decisions about where the access tunnels should be located.
One of the hottest debates is about whether one should be at Barn Elms. This is where, many, many years ago, Queen Elizabeth's spy master Sir Francis Walsingham used to live in the days of the Armada.
Now it is a pleasant green space where there are rowing, sailing and canoe clubs, and having their activities disturbed for seven years by diggers is proving to be rather unpopular.
Indeed non other than round the world sailor Tracy Edwards has added her voice to the campaign to stop the shaft, saying "This is the busiest stretch of the river for water sports, and is used by everyone from complete novices to Olympic athletes to train and enjoy one of the most beautiful spots in London"
Quite right too.

But please, do hurry up. I do really feel that after all this waiting it is time to finally finish what John Martin first worked on back in 1828.
Posted by JP at 10:50 pm