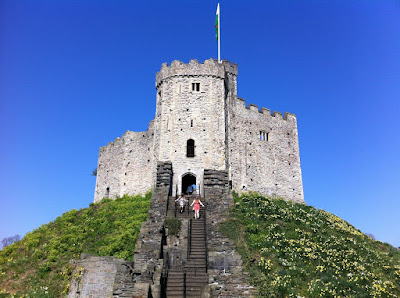 Today they skies have been blue and rain cloud free for the first time in.... ooooh... weeks.

And it was on a similarly sunny day several weeks ago that I took the train to Cardiff, just two hours from London. The main reason for the trip was to witness a bailiff go about his business which was most informative and efficiently done.

So I had time to visit Cardiff Castle with its Norman keep (above) and surrounding walls that were used as air raid shelters in WW2: 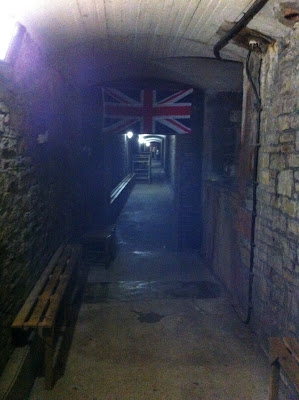 The was a background sound track of bombs falling as Vera Lynn sung about bluebirds and the white cliffs of Dover, a combination that always moves me.

Within the walls there is a fantastic Victorian mansion with fake medieval banqueting hall, mock Arabic room with "jelly mould" Moorish ceiling and a "the butler did it" library: 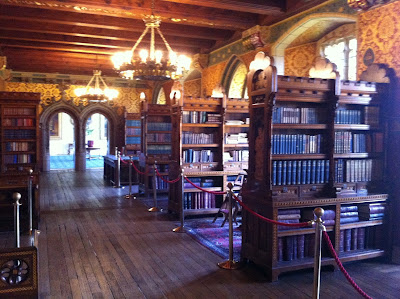 After that I was hungry so went down to Cardiff Bay for lunch. Its a bit out from the centre, too far to walk easily, so I took taxis though there is a train. 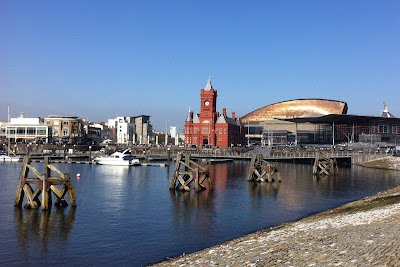 It seemed pretty familiar as a couple of episodes of Doctor Who were filmed there (as well as, I understand, some other TV programs).

Despite the restaurants being full it had an empty feel: the marina, for example, had just a couple of boats moored up.

Then it was back to London and the tube in rush hour, which most definitely didn't have an empty feel to it.
Posted by JP at 8:04 pm