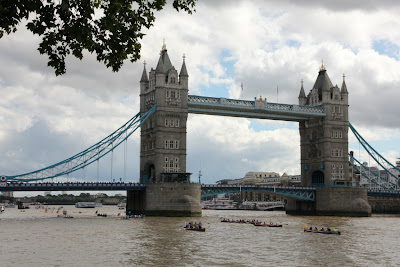 Today was the 2013 Great River Race and I ended up managing to see most of it not just once but twice!

Having enjoyed my viewing point for the start of the Clipper Round the World Yacht Race, and having lots of spare time today, I took the tube down to The Tower. This time I stayed on the north side to be closer to the boats which were sticking close to the right hand side.

Soon we were rewarded by the first few boats, including #1 herself, the world's oldest motor lifeboat, from Walton-on-the-Naze the James Stevens No.14: 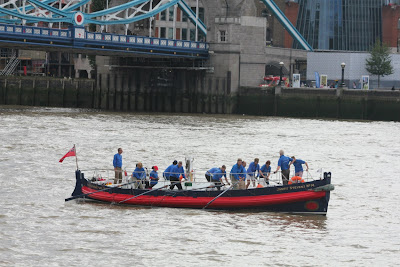 Then there was a flood of boats, often with waiting supporters on or near Tower Bridge. It was an impressive sight: 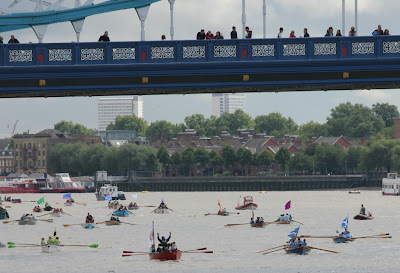 This is a busy, narrow and fast flowing part of the river and at times it was a bit "interesting": 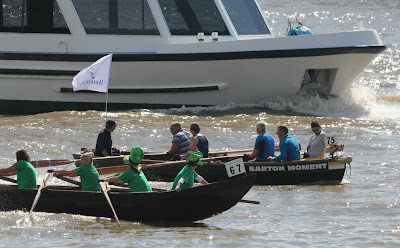 I kept a look out for Gladys and soon spotted Chris and the others: 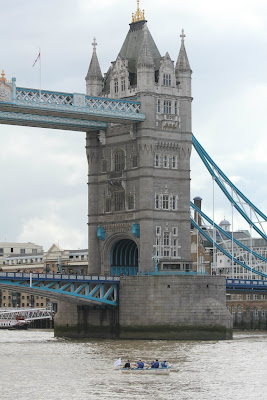 They were going strong, aiming for the old farts Veteran's Over 60 Class, though there was time for a quick snap of Tower Bridge: 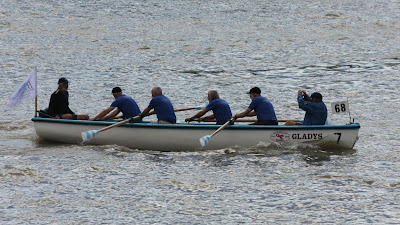 I was going to yell out "good luck Gladys" but someone got there first. I did consider yelling out "good luck old farts!" but not sure if that was allowed when standing in the grounds of The Tower.

There were too many boats to post pics of each of them, but some of the costumes were good. This one is from Malta: 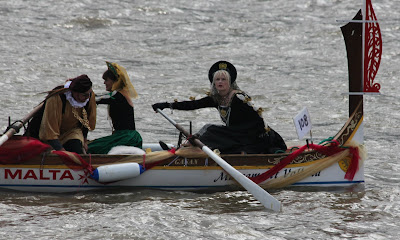 This one seemed a bit of a joker: 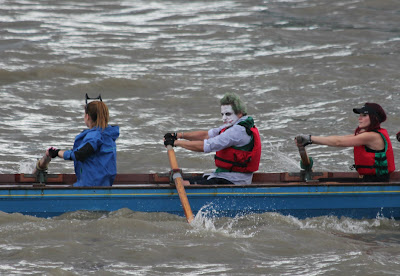 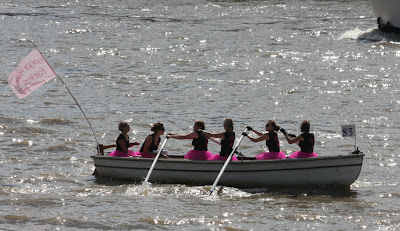 The river got crowded.... 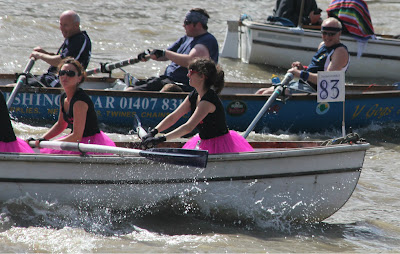 ... and then the rush subsided, leaving just a few stragglers: 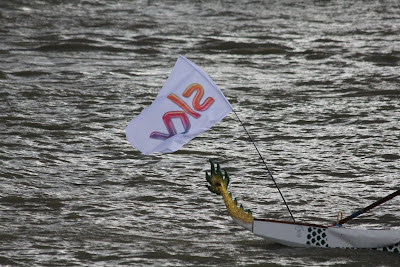 Then it was time to get back on the tube to race the rowers to Putney Bridge.

Would I to be in time to see Chris and co race by on Gladys or would the old farts veterans get there first?
Posted by JP at 6:05 pm

looks like a fun day. you should skipper a motley crew next year.

Interesting idea - was wondering about whether / how to get involved in next year's event.