It was the first America's Cup race in British waters for 164 years, and the thousands thronging the Portsmouth and Southsea shore waited expectantly.

There were not disappointed, as our Ben fought his way from the back of the fleet to cross the line at its front (above).

The sun shone and the AC45s flew, with just enough wind to get them up on their foils. 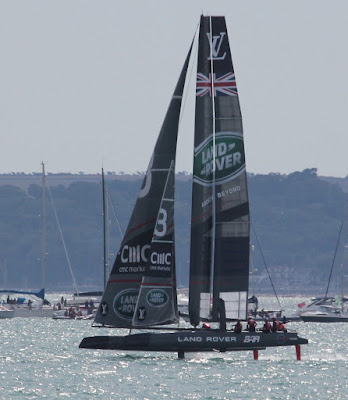 To quote Queen Victoria: who was second? Well in the first race it was Oracle just ahead of Team New Zealand: 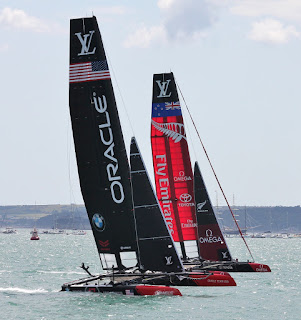 However in the second race Team NZ just pipped Ben Ainslie to the line, and over the day showed good form, gaining second overall. Here they can be seen passing one of the forts that will be familiar to anyone who has sailed the Solent. 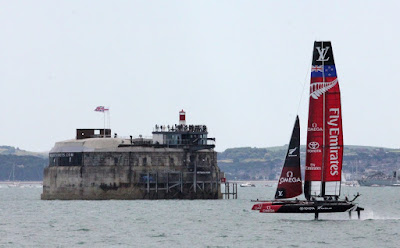 The gusty conditions meant the day wasn't without its "interesting" moments, but all boats and crew were to return safely: 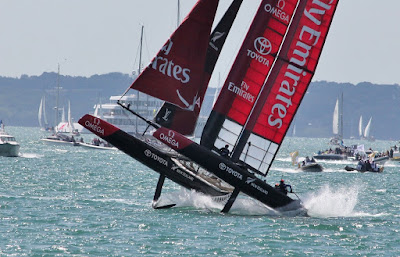 It was rather fun. Fingers crossed for the other races so we can bring the Cup home!