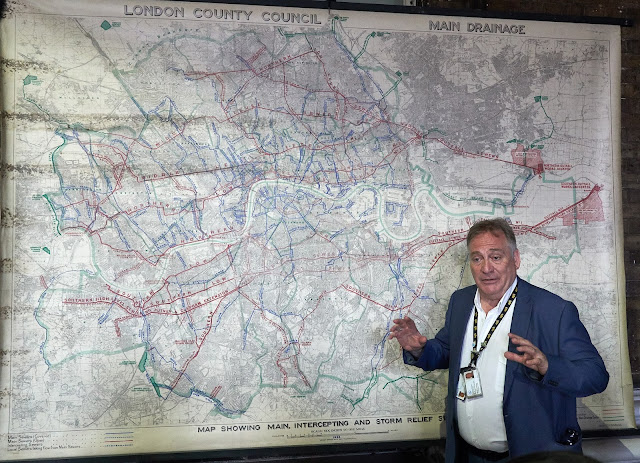 My first off-line question after the talk on the history of London's sewers was to what degree did Bazalgette use the work of John Martin? This triggered much interest from the historian who started drawing figures of pipes of different sizes and heights in the Embankment, as apparently John Martin got this bit wrong.

The key thing is that there isn't really just the one system as there are multiple levels on each side of the Thames. In an ideal world there would be a constant, gradual, incline in the pipes ending up at the outfall with the height equal to high water at Beckton and Crossness. This is clearly not feasible given that much of low lying London is below that level.

Hence one of the key aspects of Bazalgette's design (that Martin missed) was to have these multiple levels and then pumping stations to lift lower level wast up to a higher level where it could then flow downwards.

At Beckton and Crossness the inflows ended up at a low level and so had to be pumped up to fill lagoons until the tide was high enough that the outflows would go out to sea rather than back into London.

The result was a web of pipes, the largest of which can be seen in the figure above. At Abbey Mills there are pumps that raise the waste up to a height where it can then move by gravity down to Beckton along the northern outfall sewer (more of this anon).

These pumps are pretty impressive and some of the old ones were on display like this, looking very like large metallic ammonites: 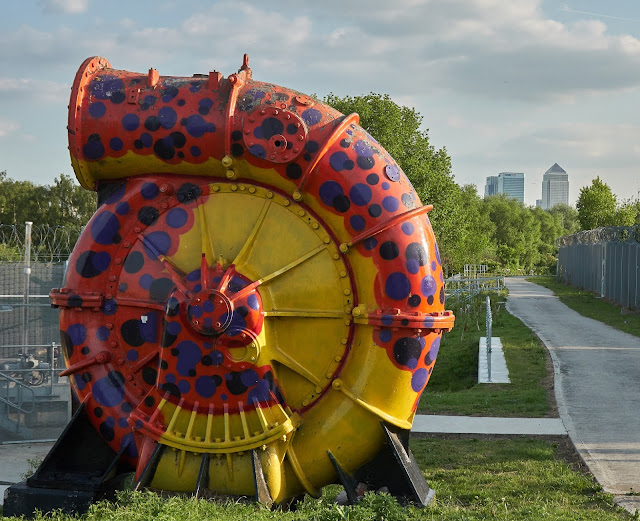 Within Abbey Mills itself there were lots of dials and control identifying the heights of the various flows to control the system: 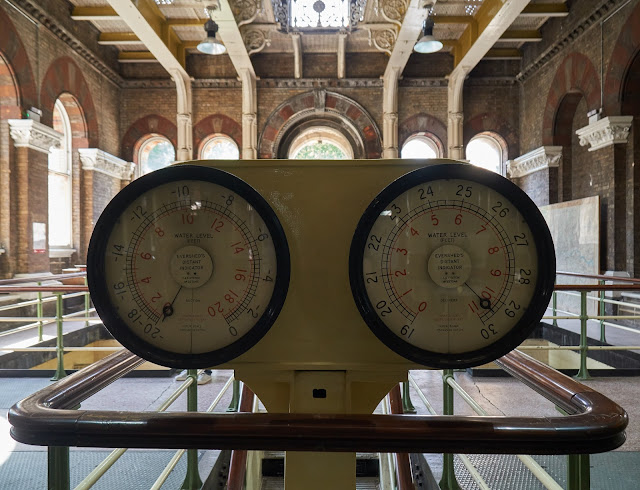 Getting it wrong would not just be messy but could lead to flooding of low lying parts of London - where indeed several of the Thames Water staff lived. So they were clearly highly motivated to ensure the system was working efficiently!

Of course this system and map are now creaking at the seams which is why we have the Thames Tideway Tunnel aka the Super Sewer.