Tanya Tagaq and Nanook of the North at the NMM 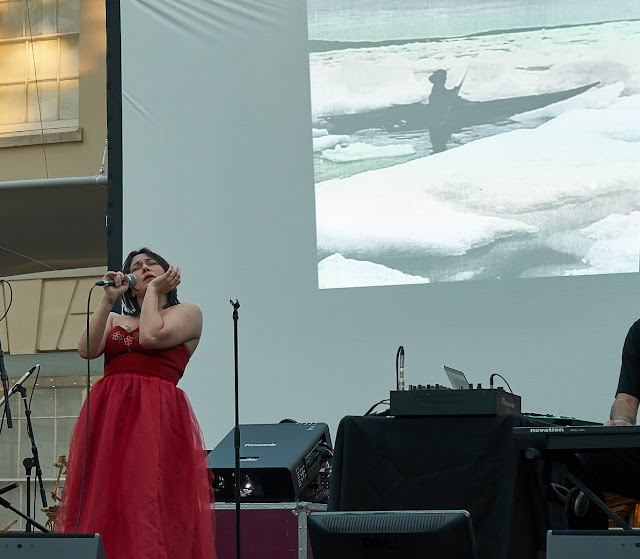 As posted previously I've been to quite a few concerts and gigs this year but nothing I'd been to had the impact of the one at the National Maritime Museum (NMM) Sunday evening.

It was a showing of the classic documentary film Nanook of the North together with a performance from Inuit throat singer Tanya Tagaq in the The Great Map, the heart of the NMM.

It was extraordinary: her voice and presence dominated the room, raw and beautiful like the scenery of the far north:


It was part of the Origins festival of first nations in London, and the music and singing came first, dominating the film which had rather a small feel, only taking up a small part of the screen. But maybe that was appropriate, for the point of the festival was to give a voice to native cultures directly, rather than the observed viewpoint.

You can see the film for yourself here:

Wow that was unique, and a tad trippy.

It was totally mind blowing.

That short clip of Tanya Tagaq is one and half minutes - imagine her over an hour and 20 minutes or so. The songs for the hunting scenes were in particular strong and raw.