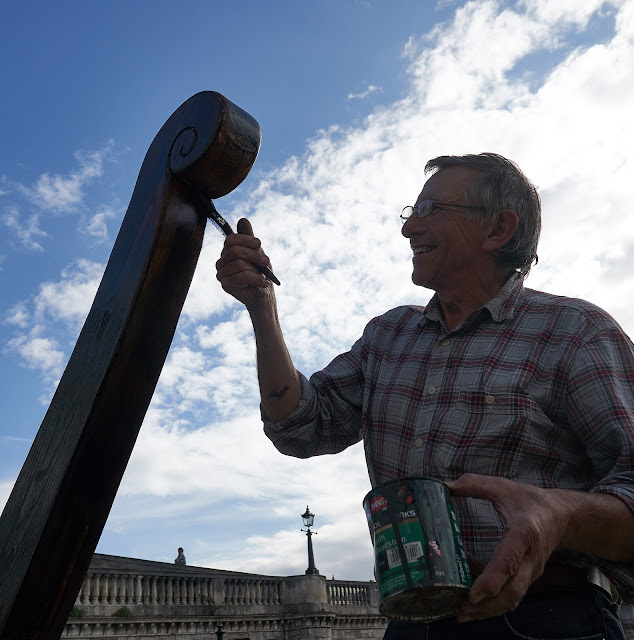 Richmond is one of those places where the craft of boat building has remained strong. As the Richmond Bridge Boathouse's web site puts it:

Mark Edwards was the builder of the Royal barge Gloriana and can be seen above putting an extra layer of varnish on this boat: 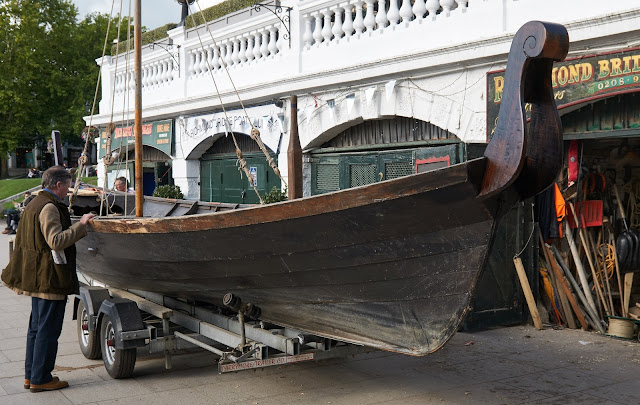 This is actually a film set boat which was used in the Robin Hood from 2010 (not that I saw it) and was about to be shipped to the island of Islay for another.

I had a chat about it with Mark Edwards who said the shape was designed by filming needs not sailing and it would be pretty hopeless upwind given the lack of proper keel. He also explained the difference between the hull shape and that of the Vikings - all pretty fascinating.

Also at Richmond during the Totally Thames Festival was the creation of artist Ros Burgin which used wood from various Thames built boats to recreate the curves of the tidal river from Teddington Lock out to the Thames Barrier:

It was good to see both forms of craft work on display in such as nice part of London, and was all part of the wider Totally Thames focus this year on boat building on the river: 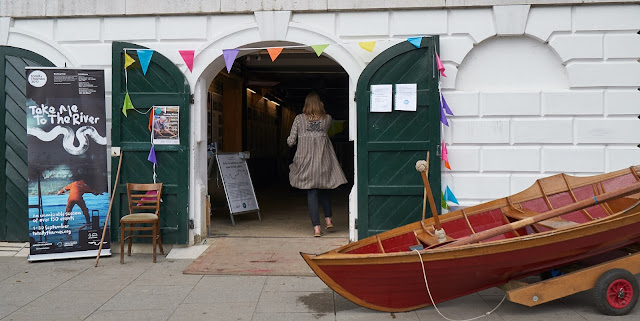 Thank you for this charming writing and images. Much enjoyed. Ros

Hi Ros, thanks - so what happened to the Thames sculpture in the end?