Is this a canal? 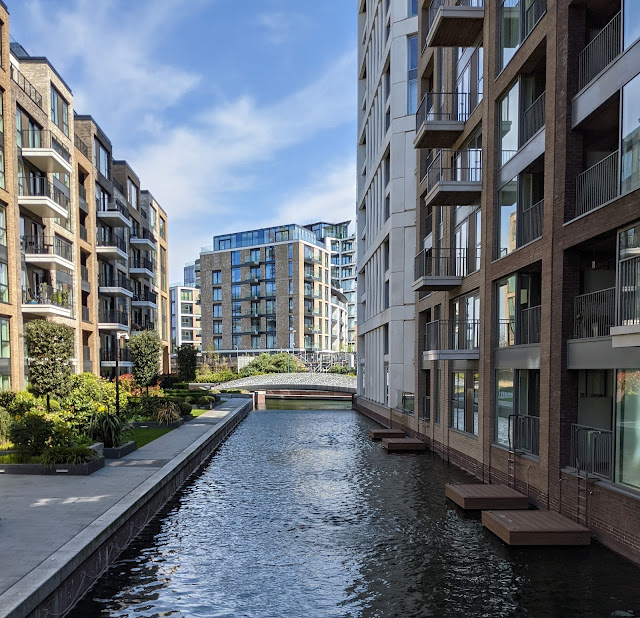 I thought I knew about the canals of London, even short ones (such as the Grosvenor blogged here) or lost ones (as shown in maps at the London Canal Museum, blogged here) but then the Evening Standard wrote about a new one!

This was potentially very exciting, so I headed out to have a look - see photo above. According to the Evening Standard, it was part of another of these upmarket apartment developments. Their web site was very fancy and even showed stylish people paddle boarding on the their "canal":

The image was indeed accurate: there was a broad water way with bridges (see top). But is it a canal?

Wikipedia describes a canal as:

Canals are waterways channels, or artificial waterways, for water conveyance, or to service water transport vehicles.

Does this do either of these things? I'm not sure it does - it isn't connected to any other water body and is too small for boats bigger than a SUP. It appears to me to be a canal-like water feature. There was even a bubbler in it to keep the water aerated.

What do you think? Is this a canal?