Ratty and friends travel the world 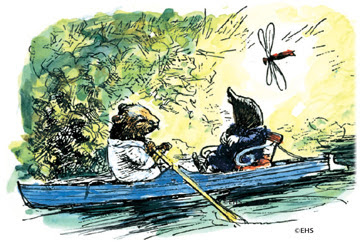 Where people go, so do animals. Some, like horses, cats and dogs, by plan. Some, like mice and rats come along uninvited for their own reasons. And through their DNA they can tell stories that are forgotten by us humans.

So by looking at the DNA of rats scientists have mapped the migration of humans across the Pacific, showing not one but two waves of explorers.

Voles meanwhile were travelling in neolithic times between France and Spain and the Orkney Islands, just north of Scotland.

Meanwhile Viking mouse DNA shows the Madeira archipelago off Africa was discovered by the Scandinavians hundreds of years before the official discovery by the Portuguese in 1419.

There's an interesting article in the New Scientist this week about it (which you can find here though unfortunately subscription only).
Posted by JP at 5:13 pm