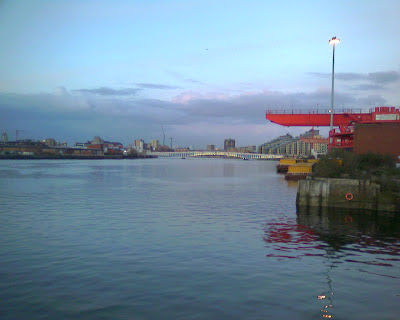 On Sunday went exploring the Wandle Trail, covering the first (or last, depending which way you look at it) third of the river from the Thames to Colliers Wood.

Its a good idea to first download the map you can get from here, as without it had to back-track a few times.

I had hoped to tell a story of rural idylls in the heart of London but all too often the river ran next to industrial plants. Below is one of the better ones - the Youngs Brewery in Wandsworth. Its been the sources of some of London's best pints for hundreds of years but recently closed.

While sad its probably for the best. It is completely surrounded by that blight on south London called the Wandsworth one way system. The council talks of redeveloping the site - we shall see...... 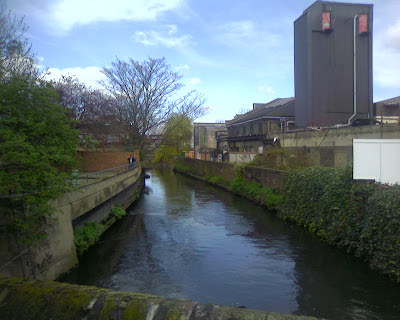 Less attractive industry sites included a couple of sewage works, which you could smell before you could see.

Another problem was often the river went one way and the path the other. Though that did allow me to overhear in passing the best conversation of the day. Two rather pretty young women were deep in discussions and one said "I was awake but pretending to be asleep - you know, as you do - and hoping he'd go and luckily he did but the idiot left his keys behind".

Hmmm maybe he's not such an idiot!

Towards the end there were some nice bits like this: 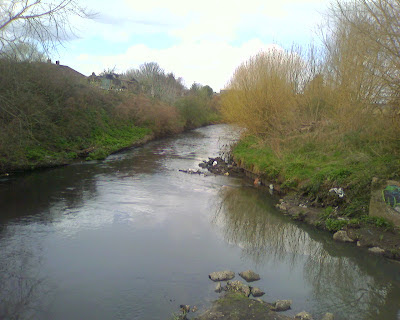 Will have to do the rest another time.
Posted by JP at 7:51 pm