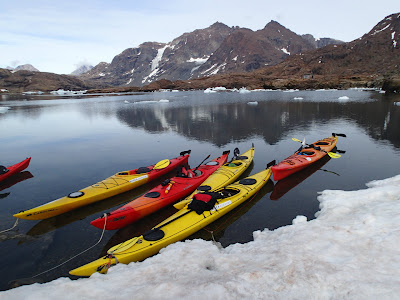 The day after we didn't get lost in the fog in Greenland we launched the kayaks again.

The first time had been by Turner Island but there weren't enough places for everyone so I'd hiked instead. But this time I was very keen to give them a go and boy was it fun! 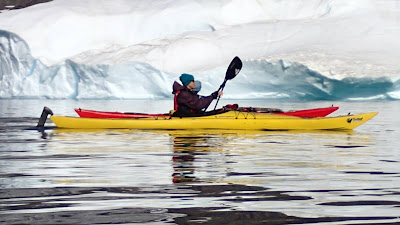 I was in the double kayak with R. and we were paddling between 'bergs in one of the most amazing places on the planet - just brilliant. 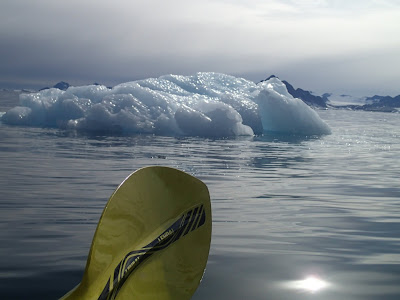 And then we were joined by a curious seal: 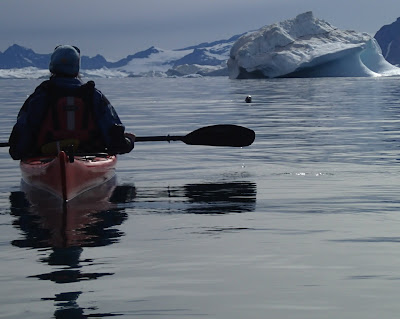 It's fair to say that not falling in was a pretty important goal in these freezing waters, and no one decided to test out their roll here. 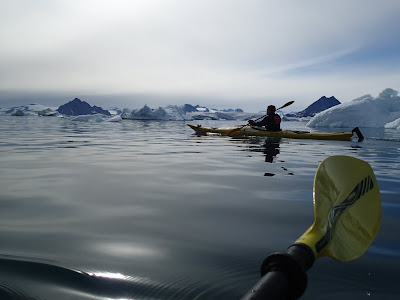 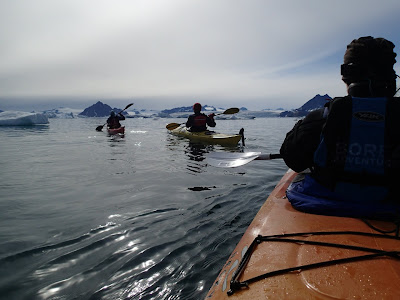 I canoed for a bit years ago but never went far in the sea - it was much more tippy-over than the swimming pool where we learnt.

And there were definitely no icebergs....

It was great! The incident that counted for me as real adventure is yet to come.

I must blog quicker as I've been kayaking three times since, though the Thames and Sidmouth seemed tame without ice bergs, polar bears etc etc

No Eskimo roll? How about Swiss roll back on the boat? Or the toilet roll in the powder room.