Buff in Gaza: Carnage at School 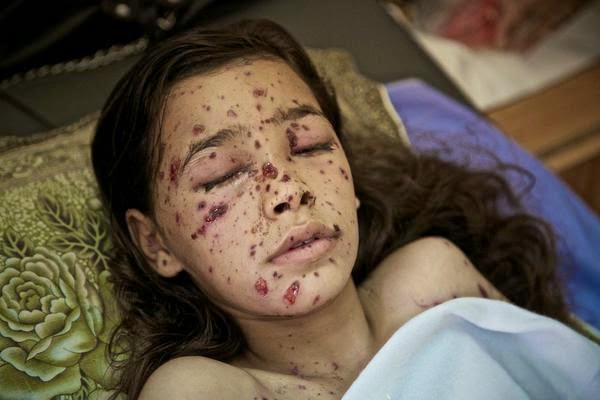 I have to say that after the modern Guernica bombing of Shuja’iyah even a tough old journo like Buff was shaken.

Jeez, this was just crazy, homes being bombed, women and children killed.

In a daze I found myself in a school where I met this brit, a chap called Chris Gunness. I thought he said Guinness to be honest, which was a word with some good memories, but even so he was a sold chap, a bubble of sanity.

I needed somewhere to sleep so crashed in his office.  I thought it had to be safe given it was a UN run girl's school and Chris had told the Israelis 17 times where they were and what they were.

Then the Israeli bombs fell, shattering bangs splitting reality from the dark country.

Many Palestinian children died, the survivors covered in scars like the one above.

There are no words, though Chris had a go:

Can only be considered as a war crime

Indeed, but will anything be done about it?