Buff in Gaza: The people of the wastelands 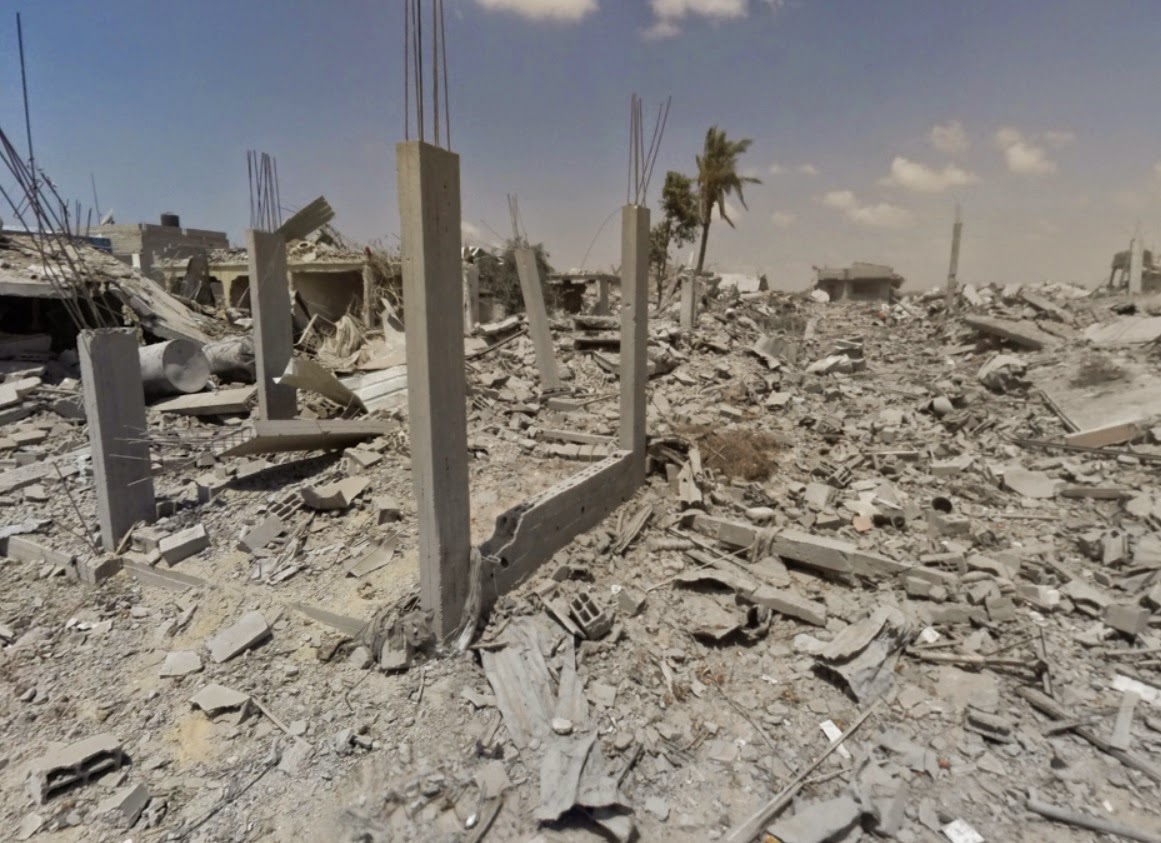 Then it was time to head out to meet some of the people of what can only be described as a wasteland (above, from here), a landscape of pulverised buildings, courtesy of Israeli F16s.

I got chatting with some of the locals, asking them who they blamed. Silly question really, given whose F16s it was that did this to them.

They seemed a good bunch of cobbers and I constantly met highly educated people who spoke English: a "cheerful and friendly people".

And it was clear they weren't going to just give up on fighting for their rights, one way or other.

The problem, as they put it, was that Israel wants land more than peace - just look at how Israeli settlements increased constantly during the talks that went nowhere:

But an end to Israel's occupation of Palestine, so all can have peace, sounds like a winner.

If even Buff can get it, why can't everyone else?

The graphic illustrates well the tactic of grabbing land under pretext of continued talks.