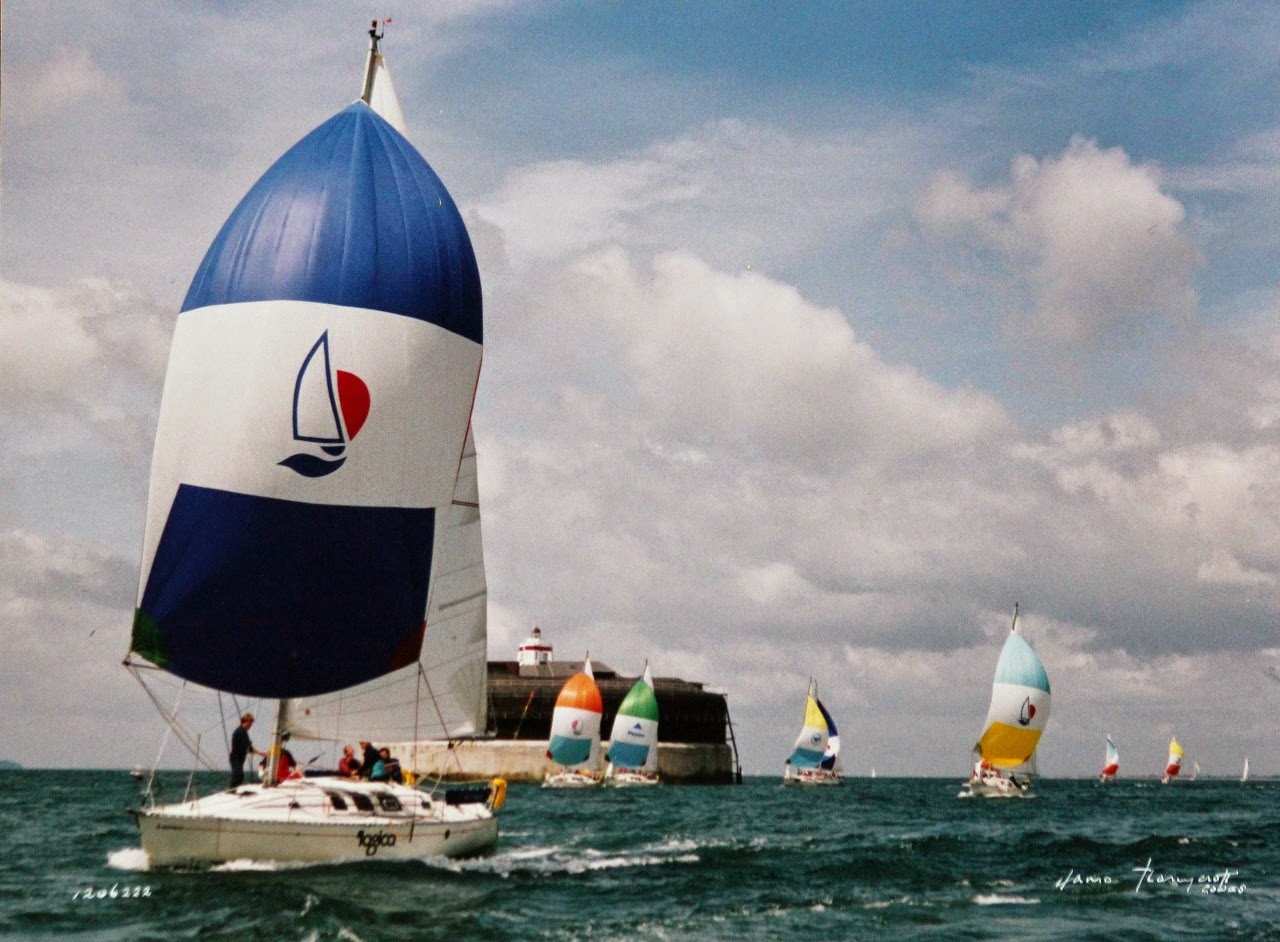 I'm still off sick and have recently passed the time by digitising old photos, including the one above of my first yacht race, over 20 years ago.

At the time I was working for software house Logica and saw an ad for the company's sailing club asking if anyone was interested in joining a race around the Isle of Wight as part of the "Industry Challenge".

I hadn't done any proper yacht racing (a regatta in Greece didn't really count) but it sounded like fun so signed up and was soon rung to be told I had the spare place. I could hear a mixture of doubt and surprise in the skipper's voice.

My role, I discovered on our test sail on a rather fancy ex-Admiral's Cup yacht, complete with coffee grinders, was to sit on the rail as ballast.

I could do that.

The actual yacht we were to race in were less fancy: identical 35' boats from a Sunsail fleet based at Port Solent.

The race was to be twice around the island and it was critical, if I was to be competent ballast, to have a proper breakfast.

I can still remember the picture I had in my head of the feast. There would be bacon, sausages, beans and potato cakes at the minimum with lots and lots of hot coffee.

However the rest of crew didn't seem that interested. There was always something else to be done and food was not the priority and all too soon we were heading through the lock out to sea, my stomach already complaining.

Later I found out that pretty much all the rest of the crew got seasick and so didn't want to eat anything prior to the race.

I'm pretty sure that explained some of what happened next.

It was to be a learning experience...

Oh come on. Don't stop the story at this point! Spill the beans!

Blimey I can't sail on an empty stomach must be fair weather sailors - so with all that lack of ballast did you win?

I think it is not giving away too much to say no, we didn't win.