The Ferries of London: Canary Wharf to Rotherhithe 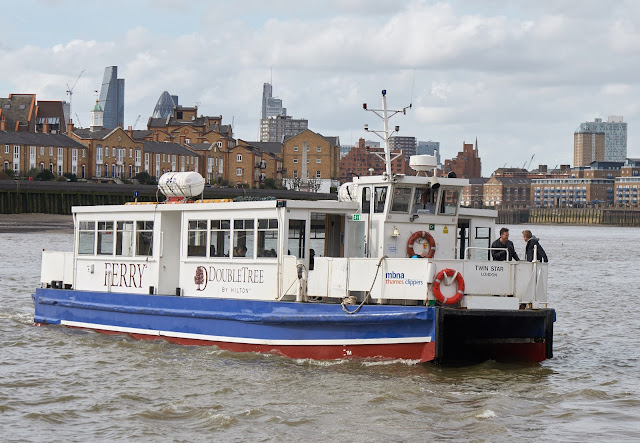 This ferry is part of the Thames Clipper routes (see below) which calls it the Doubletree Docklands Ferry. The name comes from the hotel on the south side of the river and previously it was called the Hilton Ferry.

But Wikipedia calls it the Canary Wharf to Rotherhithe ferry and that won't change even if the hotel in question does another re-branding exercise so that's what I'll call it.

The full time table can be found online at their website here, but can be summarized as "Services run every 10 minutes during peak commuter hours and resumes a 20 minute frequency during the day, evening and weekends."

The ferry is in the Thames Clipper east zone (see below) and hence at time of writing a single would be £ 4.30 though with an Oyster or pay as you go card it would be £3.90. 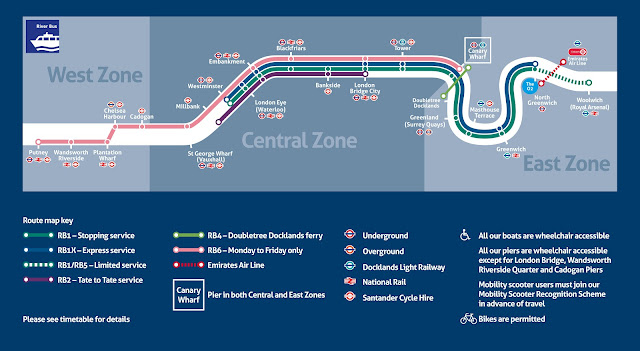 For once no walking was required at the start as arrived by boat (using the Thames Clipper) but the return journey involved a walk of about 1.7 km to Rotherhithe tube: 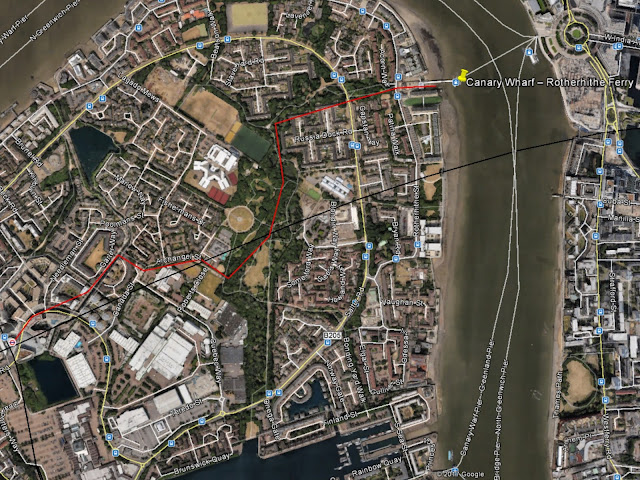 This area is obviously a lot more built up than the rural feel of the first three ferries (near Weybridge, Hampton Court and Richmond) but there were rather nice parks to walk through, but these were actually filled in docks, from the great Surrey Commercial Docks.