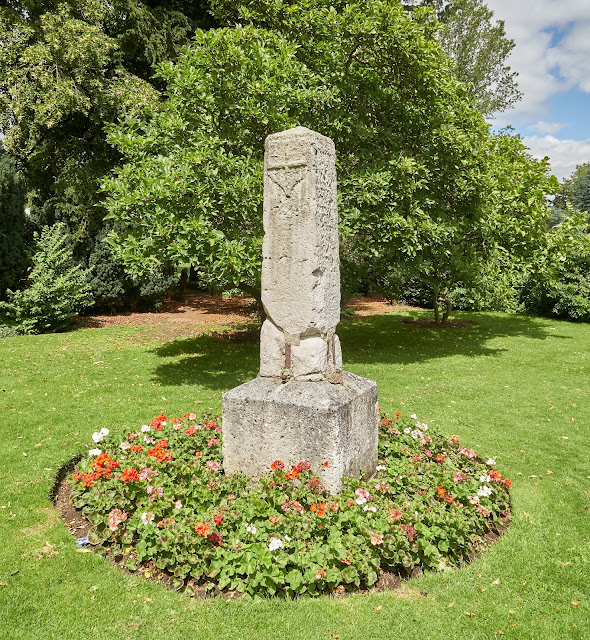 Unlike Staines it keeps them well apart with the original from King Edward the 1sts time now in Priory Park, distant from the Victorian replacement out in the Thames Estuary  - plus of course it calls them Crow Stones.

Also unlike Staines these are not well signed - or indeed, signed at all. It was noticeable that all the various monuments and pillars around Prittlewell Priory has signs identifying them - such as remembering those lost in WW2 or a local JP - the Crow Stone was unmarked.

According to the attendant at the visitor centre some thought the Crow Stone was a war memorial. What was interesting was he didn't actual recognise the phrase "London Stone" as they are just known locally as a "Crow Stone".

It is a very pretty location but far from the sea: 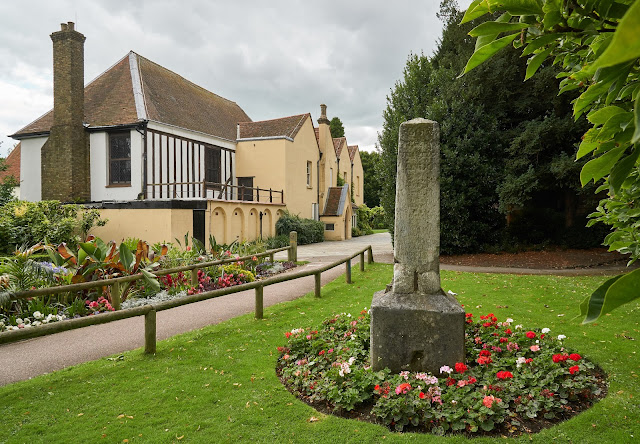 However that article from the Essex Countryside seemed to think it was an appropriate place for it:

To honour Edward’s charter, the numerals 1285 once appeared on the stone taken for safe keeping to Priory Park fifteen years ago, but the commemorative date is obliterated now except for the figure “5” in itself so vague as to be detected only by a keen eye.  The stone carries also the City shield, with the short sword of St Paul, London’s patron saint, just distinguishable.  Scarred and bleached, the stone is very much suited to its surroundings, within a few steps of the entrance to the ancient priory of Prittlewell.

The walk from Southend-on-sea railway station was 2.25 km in each direction so I felt justified on my return in heading off for a fish and chips at lunch-time: 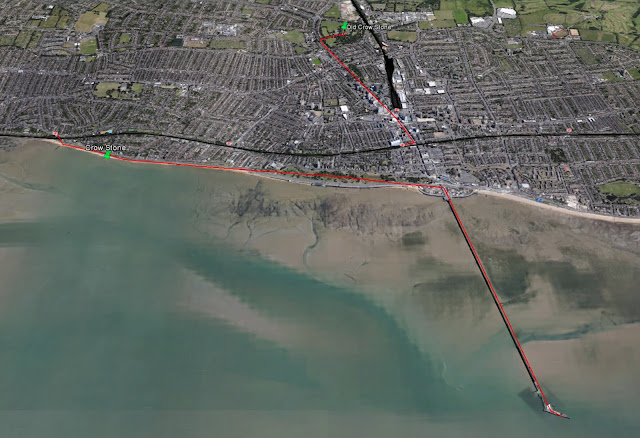