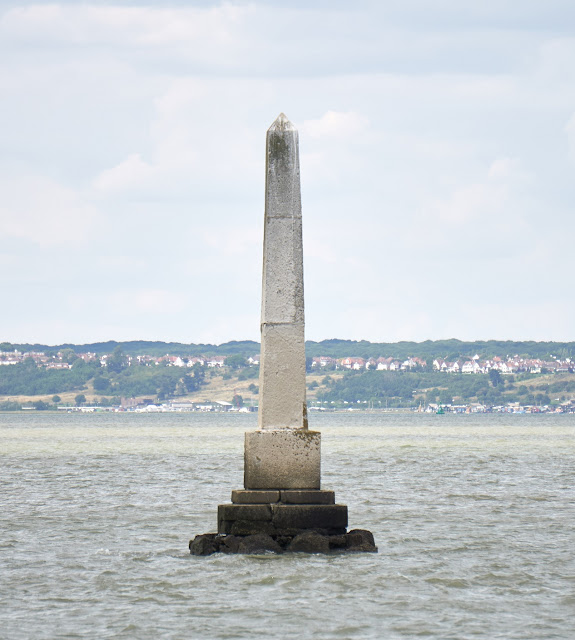 Of all the London Stones by far the hardest to visit is the one off Yantlet Creek (above).

Even though not that far physically from London - no further than Southend-on-sea - it is not served well by transport links and has an edge-land feel to it. Yantlet Creek is on the Isle of Grain: flat marshlands where Dickens set the opening scenes of his Great Expectations, and the eerie atmosphere of that book has echoes today.

To get there required a series of trains followed by a bus to the Harry Potter sounding Allhallows. Here you get dropped off by the pub The British Pilot from whence its a short 1.4 km walk to the nearest accessible point: 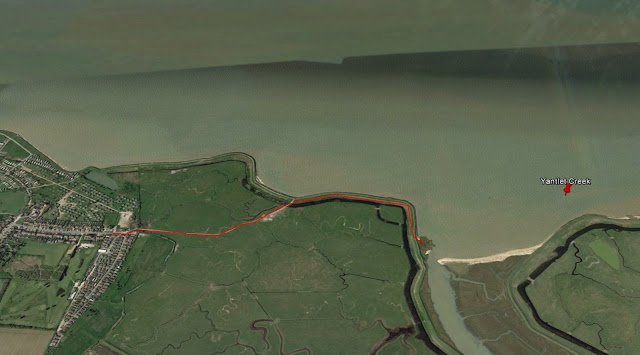 There's no point trying to get to the other side of the creek as its private land plus there are additional dangers: 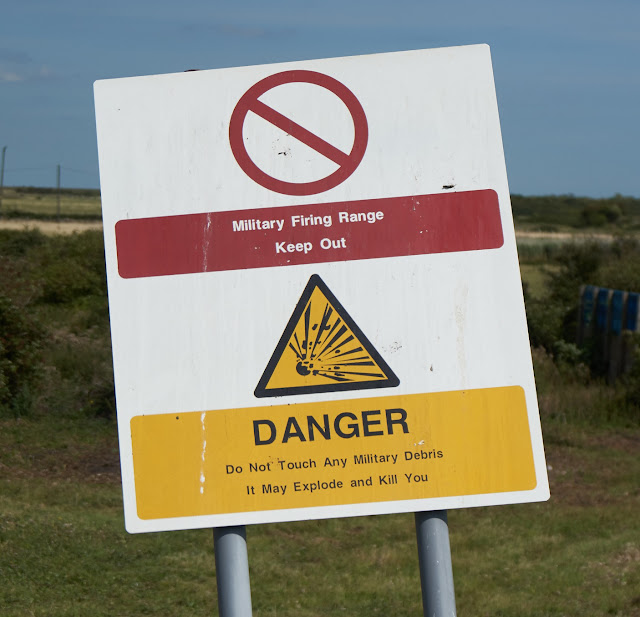 It wasn't possible to get right up to the stone but this English Heritage site gives a bit of background information, including:

The City's rights of control were originally purchased from Richard I in 1197 and concerned control of fisheries and tolls along the River Thames and part of the Medway. The legal position on the capital's ownership was never clear and the City's jurisdiction was frequently challenged. The locations of the London Stones were visited by the Lord Mayor of London and other officials on their periodic visits to assert the City's conservancy jurisdiction. These river trips included ceremonies undertaken at the stones, pomp and excitement with spectators rewarded with beer, wine and newly minted coins. All of these served to instill the position of such boundaries in the minds of those who needed to observe them. These visits became social events with dinners and balls held in either Rochester or Southend-on-Sea close to another London Stone called the Crow Stone at Leigh-on-Sea in Essex. This, along with Yantlet Creek and Upnor, marked the south and eastern boundary of the City's control (Howe, G.W 1965, 282-287; Anon 1816, 3; Anon 1836, 3).

City of London obelisks were erected at Upnor, Leigh and Yantlet Creek to reassert these rights following a government select committee held in 1836. This concluded that London should lose its jurisdiction over the Thames and Medway due to laxity in carrying out its duties (Weinreb & Hibbert 1995, p. 883). These obelisks may have been symbolic in adding legality and permanence to the City's claims of jurisdiction. Damage to the banks of the Medway and problems to navigation were highlighted to the Lord Mayor during his 1856 septennial visit (Anon, 1856, 11). The fall in revenue for maintenance may have been due to competition from the railways (Thacker, 1914,pp. 188-9). Yantlet was the final obelisk to be erected by the City of London the same year.

The City lost control of these rivers to the Crown in 1857 under The Thames Conservancy Act. These stones have therefore become memorials to the points in the landscape where the boundaries of London's reach were along the Thames and Medway. They are memorials to points in the landscape where the excitement and ceremony of the Mayoral septennial customs was experienced.

This is another of the Victorian era stones and there isn't (as far as I know) anything from the time of Richard the 1st around. If you look at this old map of Yanlet Creek from 1822 there isn't any mention of a stone - and also it can be seen that it continues to the Medway so that the Isle of Grain truly was an island, unlike today. Also, no stones can be seen in this map from 1801 but the Yantlet or Lobster Island shown on both has been eroded away over the last 200 years.

Next to the London Stone is much larger structure, the marker to the entrance to the creek, with both visible on the charts (will post on that later): 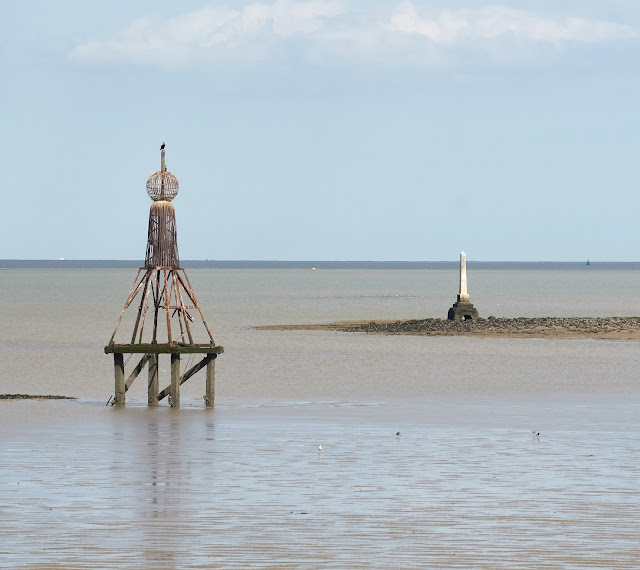 Buses are infrequent in this part of Kent, so I had a long wait at the bus stop by the pub, and some of the time I spent in its garden having a cooling drink and re-reading the relevant chapters of Great Expectations.

That book was written in 1860 while the stone was placed in 1856 (just before City lost control of the rivers back to the Crown in 1857) so maybe Dickens did get to see it.

The view certainly felt unchanged since those days: 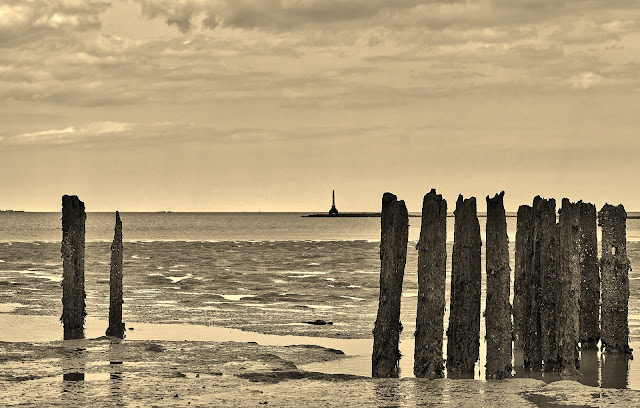 Thanks for your entertaining and interesting series on the London Stones. As an 'Old Leigh Buoy' I was very familiar with the two in nearby Chalkwell and Priory Park and the Yantlet one was a familiar sentinel on frequent sailing trips across the estuary.

Thanks! Must say Leigh looks lovely - every time the train went by to/from Southend looked out the window and thought must come back again. Having a boat there must be great - and make you very aware of the tides!

All in the distant past I'm afraid,I've lived in New Zealand since the mid 70's. But get back regularly :)