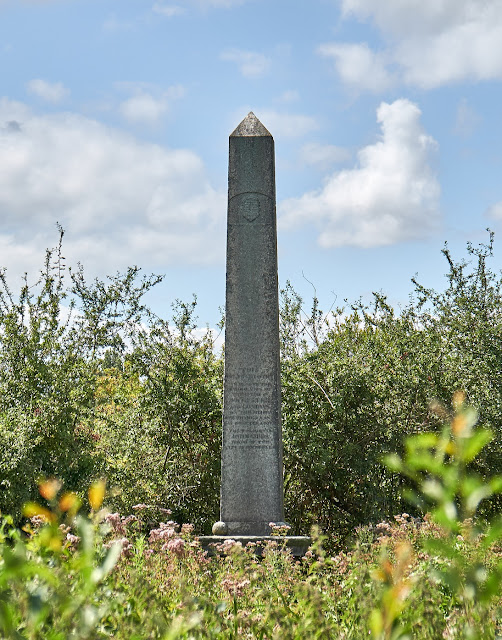 I'd thought I knew about all the London Stones but when I visited Gravesend and saw the historic working boats I met some of the volunteers for the Thames and Medway Canal Association and they said they knew of yet another one.

The Thames and Medway Canal is also known as the Gravesend and Rochester Canal as it connects those two towns. It was built between 1801 and 1824 and the idea was to create a shortcut from the two rivers and avoid any threat from the French navy. Alas it wasn't long a canal as:


So it fell into disuse and the tunnel was originally shared and then taken over by the railways in 1846. The part of the canal between Gravesend and Higham was used until the 1930s but it is now filled with weeds or built over. However according to the canal's association it too had a stone.

As it was not that far from Upnor and the London Stones, I decided to combine the two on a single journey. This time it was done by train and bike, it not being that convenient by bus, with about 13 - 14km by bike: 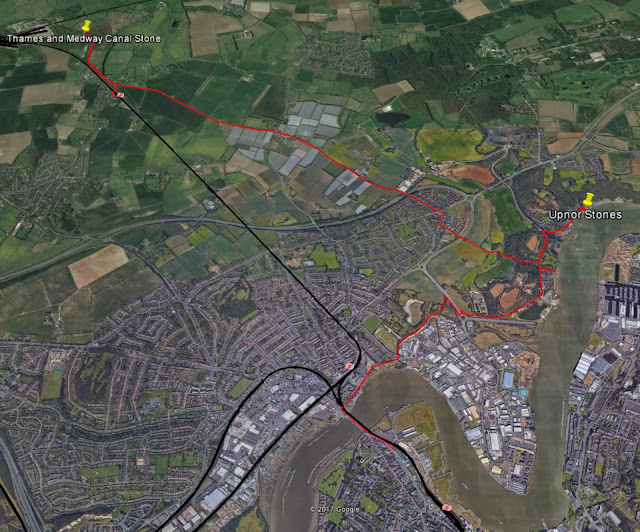 As with the Yantlet Creek stone this one was inaccessible, with a weed filled canal protecting it like a moat: 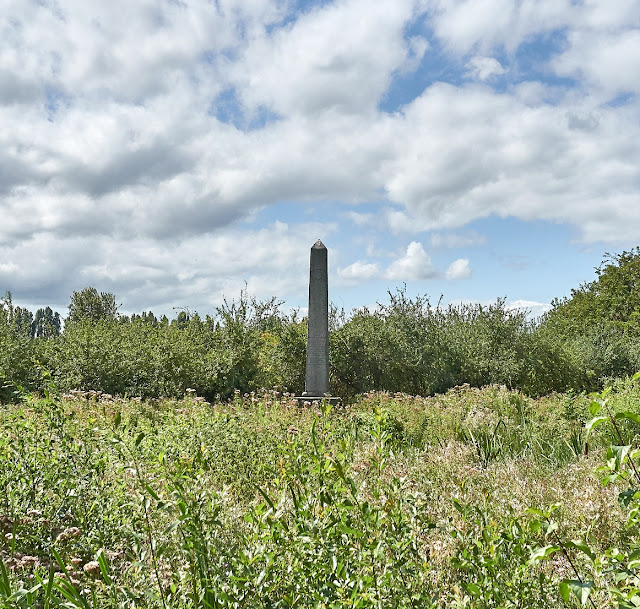 This doesn't count as one of the London Stones as it doesn't got back to the days of Richard I but rather the industrial revolution when tracks and canals were built across Britain. According to this web site the text on this stone reads:

This boundary stone marking the line of jurisdiction of the cities of Rochester and London on the Medway and Thames Canal was erected AD1820.

The English Heritage site reference can be found here.

There are many other markers over London and the surrounding countryside. For example at Teddington there is the obelisk that marks the upper reaches of the scope of the PLA, as blogged previously.

According to this web site there were lots of markers raised along side canals and railways to mark the remit of the City of London - maybe as many as 250. For example, this Londonist article describes 200 coal post markers alone around the City.

That's too many stones, markers and obelisks.