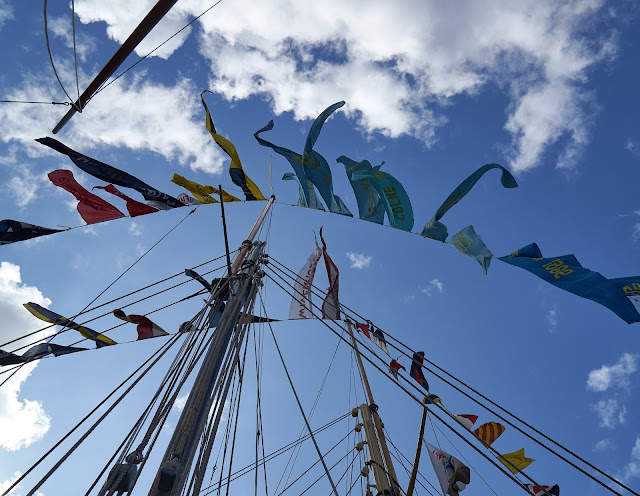 Last weekend spent most of Saturday at the Classic Boats at St. Katharine Dock, and it was very interesting - so much so that was late for the tea party mentioned in the previous post and missed most of the Great River Race.

I didn't find out why it is St. Katharine Dock and not the more intuitive St. Katharine's Dock but I did have many interesting conversations.

One was with Billy from the Thames Police (or Billy the Bobby as I mentally nick-named him) with whom I exchanged stories about the river and its history, a subject we shared an interest in. I told him about the London Stones and he told me about the remit of the Thames Police (which I have added to the relevant post) 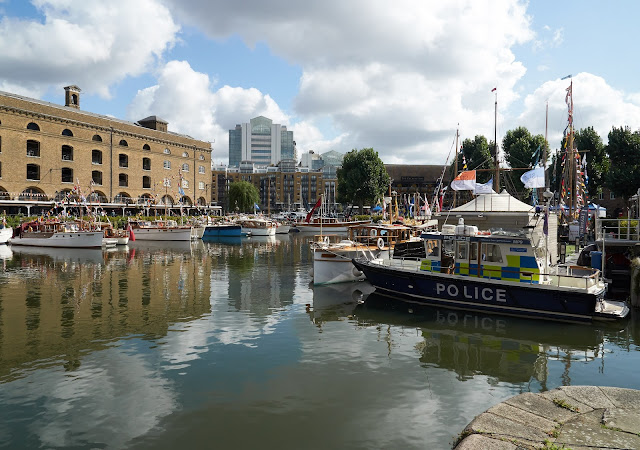 There were many types of craft here, sailing and power, Dunkirk little ships and working ships (including the 70ft Essex smack Pioneer), the fireboat Massey Shaw (which saw at a boat show), royal barges (Gloriana, obv.), the tug Portwey (which visited in Gravesend) and many others: 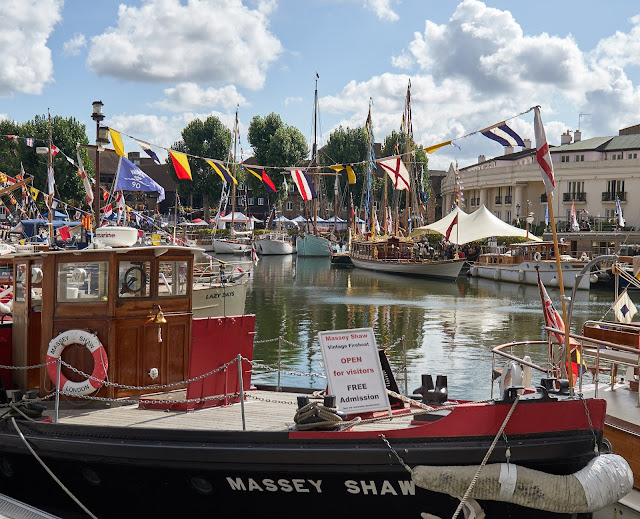 There was also an opportunity to go for a paddle amongst all these old boats (or go for a pint at the Dickens Inn): 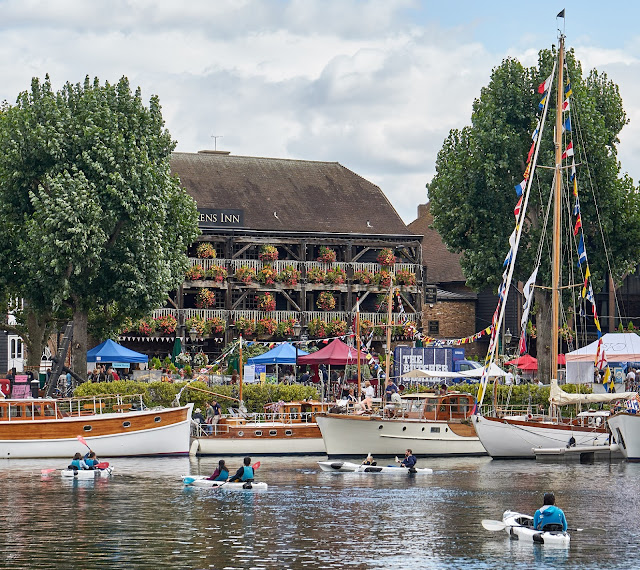 Alas I had no time to do either.

Clearly lots and lots of work had gone into keeping these boats not just afloat but in good condition, and kudos to all those that give up their time for this good cause: 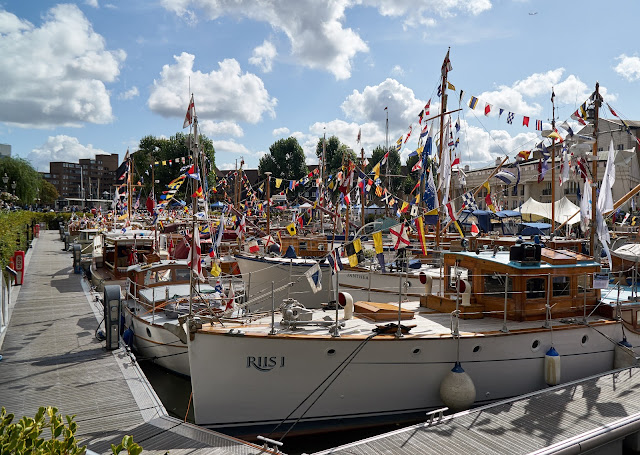 I turned up early before it was really open and had a good chat with Alasdair of Sumara of Weymouth (and London's top ships chandler, Arthur Beale).

Indeed I had many good chats with boat owners about the long work they do and voyages they've been on.

My favourite was the simply stunning classic yacht Croix Des Cardes (below, right): 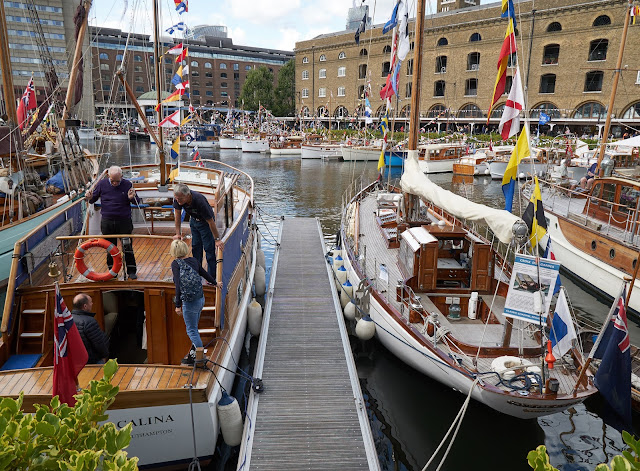 Oh, to be sailing this yacht somewhere remote like Greenland or the islands of the Pacific!