Riparian, the London Stone and the Ferryman's Seat 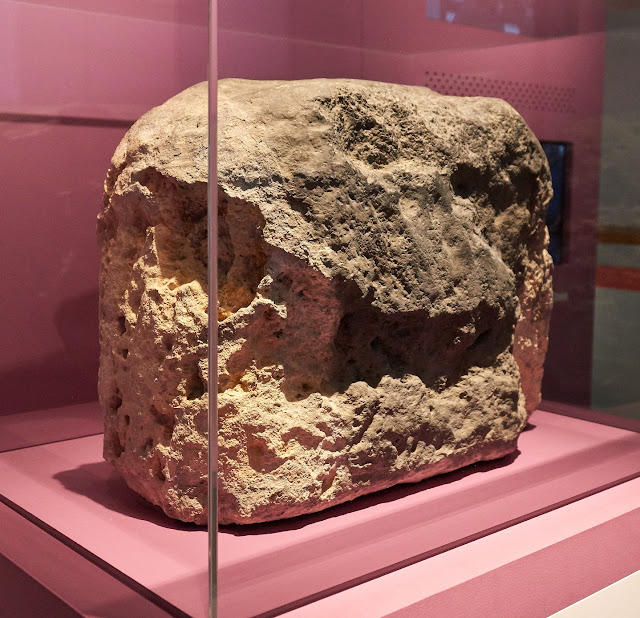 As well as the London Stones (plural) there is also The London Stone (singular), currently kept in the Museum of London but usually at 111 Cannon Street.

No one really knows about what this stone is for and why it is so important, though there are many legends about its past. One story links it to Brutus of Troy and the prophecy that "so long as the Stone of Brutus is safe, so long shall London flourish", but this tall tale seems to be the product of an eccentric Welsh clergyman in the 19th century.

Excavations in the late 20th century found a Roman building, which was then speculated to be the Governor's Palace and this was a stone from it, but it should be emphasised that this too is one of many stories.

Today the London Stone is honoured as a 21st century relic should be: it has its own Twitter account: 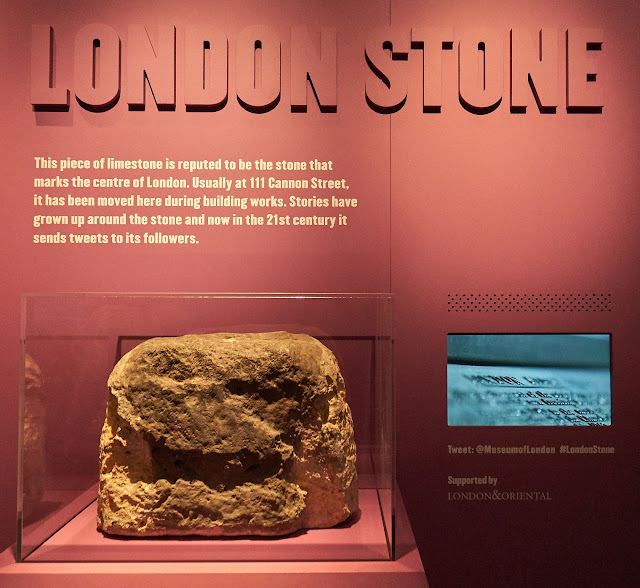 According to dictionary.com this word means "of, relating to, or situated or dwelling on the bank of a river or other body of water" and so is very appropriate for those stones.

Also by the bank of the Thames, literally in the part called Bankside in Southwark, is the Ferryman's Seat (below): 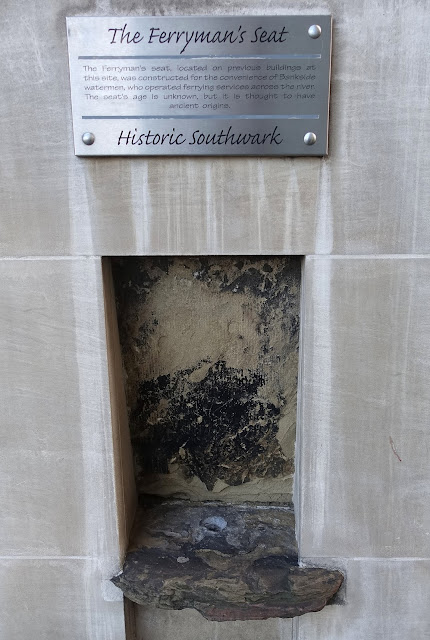 Apparently it was installed to allow weary ferrymen to have a rest while waiting for custom to transport between the north and south banks of the Thames.

Bankside must have been quite a hot spot for ferrymen, just yards from Shakespeare's Globe and across the river from St. Pauls and the City of London: 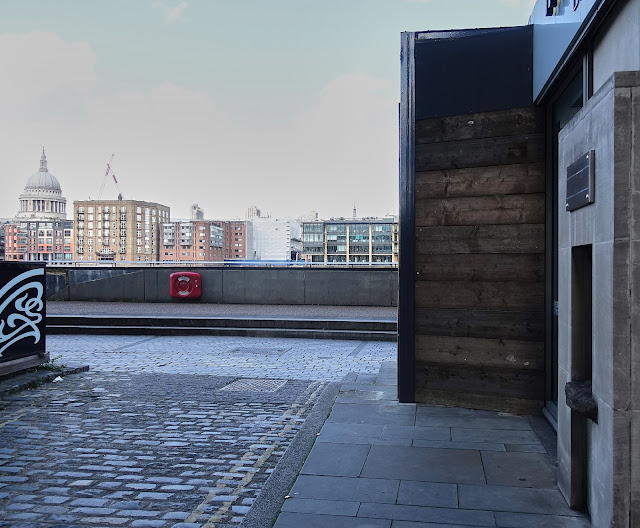 You can in theory sit on it, but unless you are particularly short it will feel more like being perched upon it.

Now of course we have fewer ferries, but then we have a lot more bridges. And to walk from the Ferryman's Seat to the London Stone you cross the Millennium Bridge, which has rather a good view: 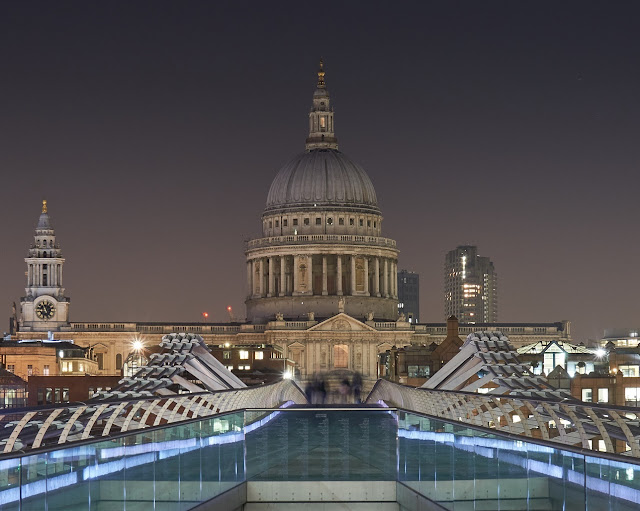