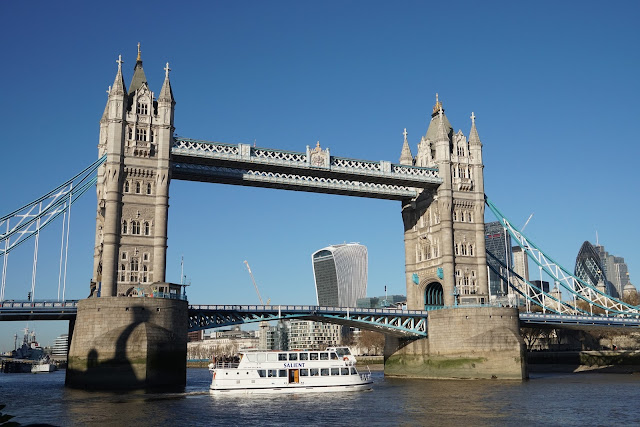 Ok this one might be a bit of stretch but it met the criteria so its going to count as one of the Ferries of London - at least for the period 2016 - 2017. Maybe it could be described as a temporary ferry.

Last year Tower Bridge was closed to traffic for a couple of months to work on the timber decking, lifting mechanism and water proofing its brick arches. Most of the time it was open for pedestrians, but for one day only it was closed and so they put on a replacement ferry - or rather two, one in the photo above and the MV Edwardian (below, from its deck).

So the essential information is:

It was clearly being used by pedestrians as a ferry - as in this very confused tourist: 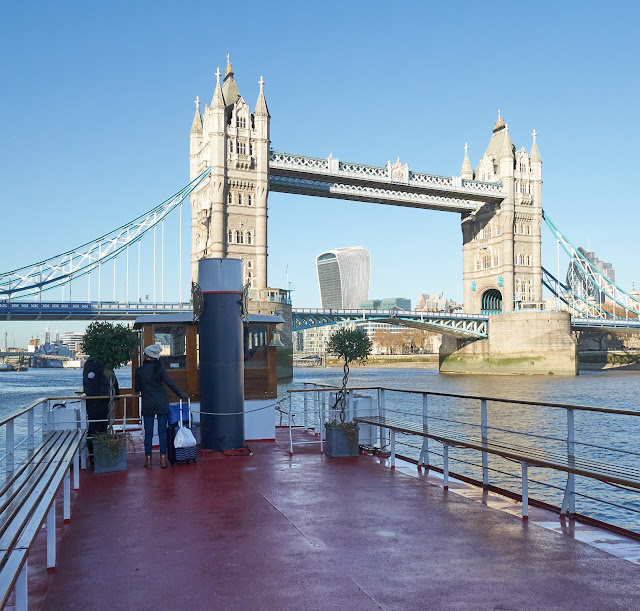 However I suspect there were others like me doing it for the once only experience, such as this London blogger.

I started on the north bank and went south, connecting at Tower Hill tube and London Bridge stations, both very short walks away: 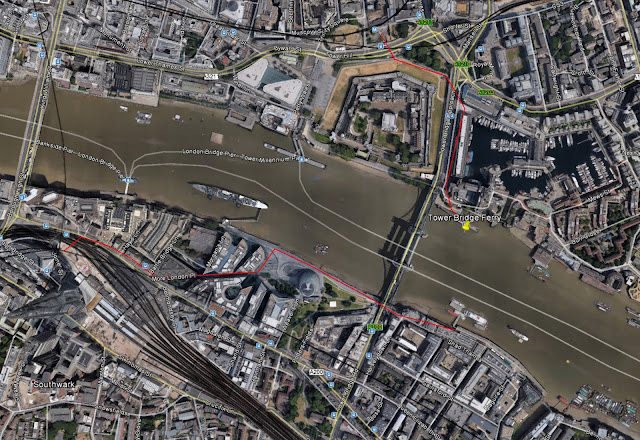 It is fair to say of all the ferries of London this had the best views: 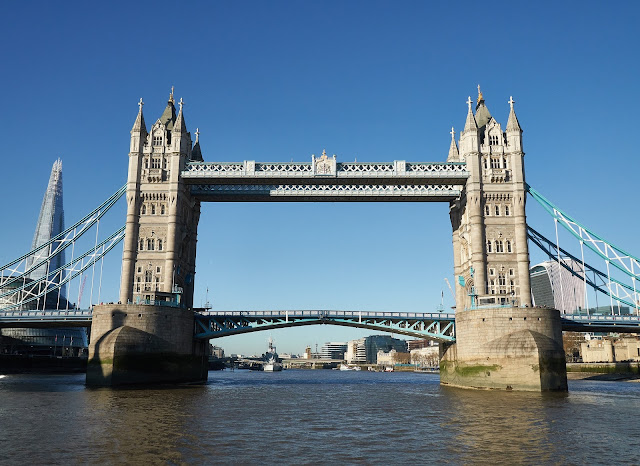 it only was used as a ferry for one day? I'm skeptical that qualifies it a true ferry of London.

I think that's why Buff was so insistent there were only 6 in London. To be fair I think you both have a good point!

that's a good way to describe them!