The Ferries of London: Hampton Ferry 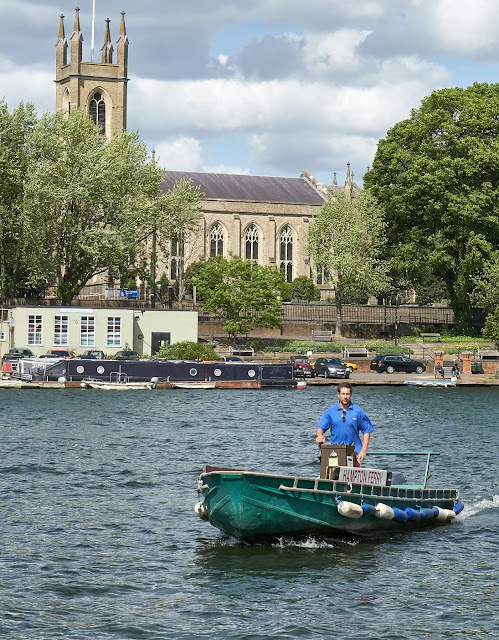 Next down river was the Hampton Ferry, which has been running since 1514, and its incorporation by statute makes the ferry one of the 10 oldest established companies in the UK.

I actually needed two goes to do this ferry as the web site was slightly inaccurate. It states that:

So I went in early April to find alas nothing (hence the first Boats! Boats! Boats! ... above Hampton Court Bridge). Apparently it actually opened after Easter, towards the end of the month (in 2017).

But it was a pleasant walk. On the successful trip I walked there via the south bank and back via the north (less nice, by a road), each time to the nearby Hampton Court railway station, about 4 km in total: 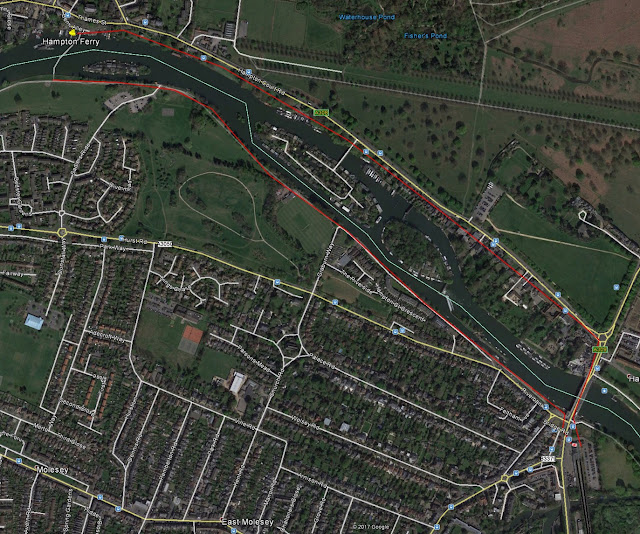 Not be be missed is the rather impressive Garrick Temple to Shakespeare on the north bank: 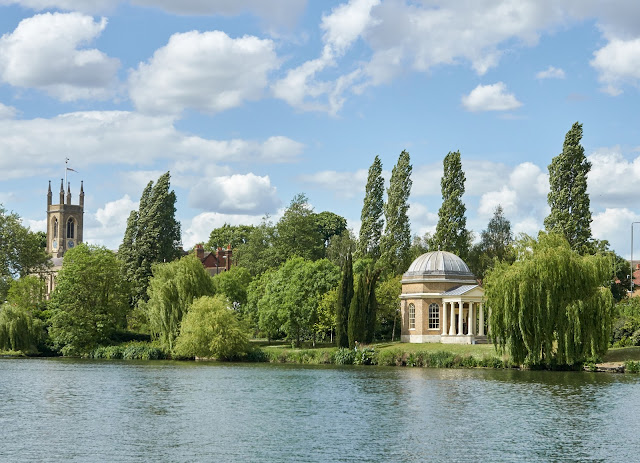 This was built by the 18th century actor-manager David Garrick in 1756 to celebrate the genius of William Shakespeare.

A nice destination for a walk: on a warm day you might indeed like (and deserve) an ice cream: 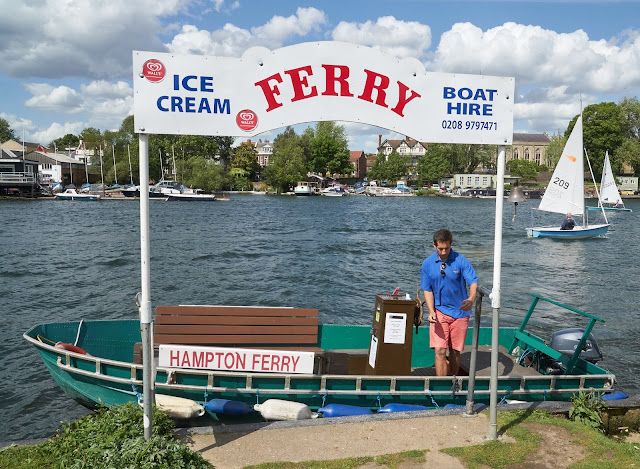 As you can see on the right there was also a bell, which is definitely the best way to call for a ferry.