The Ferries of London: Shepperton to Weybridge Ferry 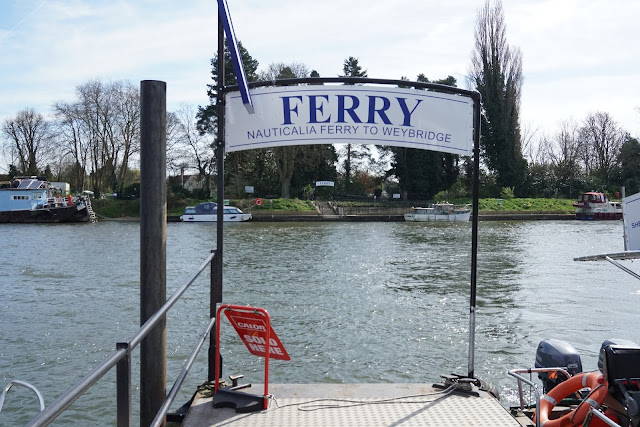 First up is the ferry from Shepperton to Weybridge. According to the web site (which also calls it the Weybridge to Shepperton ferry):

With the exception of a twenty year gap until 1986, there has been a ferry between Shepperton and Weybridge for around 500 years. It was also famously featured in H. G. Wells' novel War of the Worlds.

To get to it I took the train to Weybridge and then walked to the Thames: after crossing I then walked on to Shepperton for the train home, about 5.5 km in total: 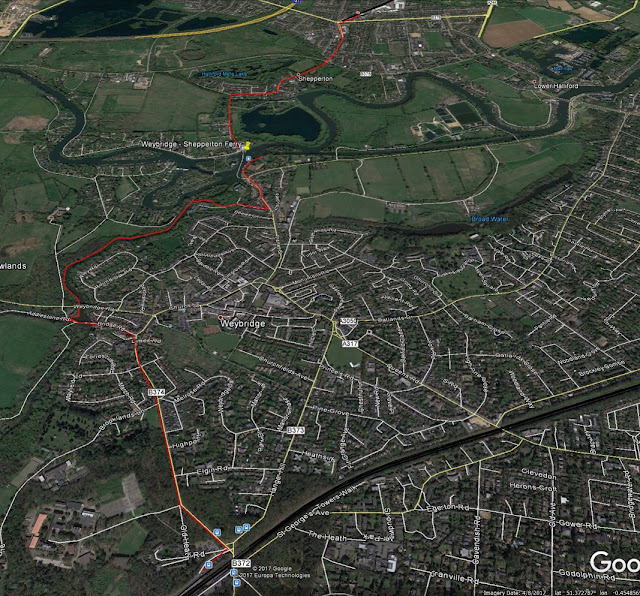 Some of the route was along the Wey navigation which was really pretty.

To get the ferry you have to ring this bell, which I rather enjoyed, though I noticed that yoofs were much more vigorous in their ringing: 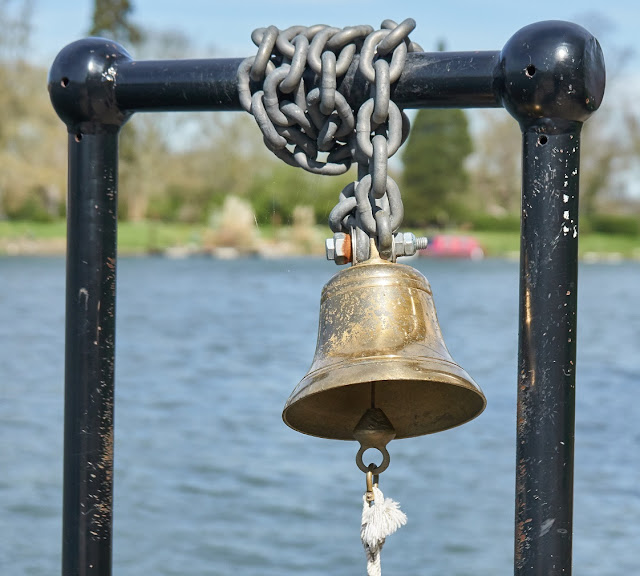 After doing this I saw someone pop out of a nearby building (which turned out to be the head offices of Nauticalia) and make his way down to the river the take the ferry across. 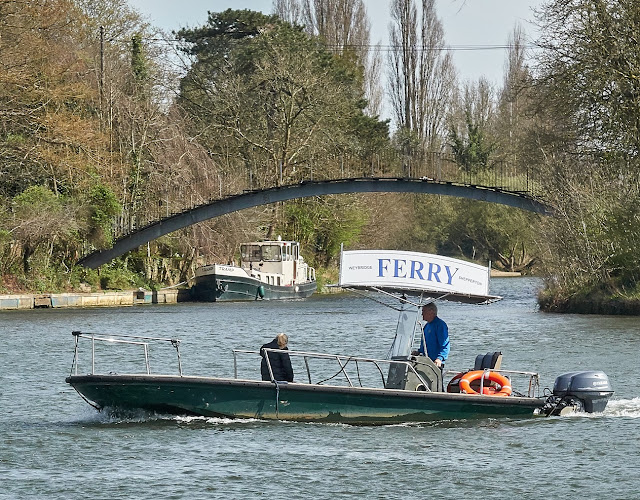 The price and frequency were on display on this sign: 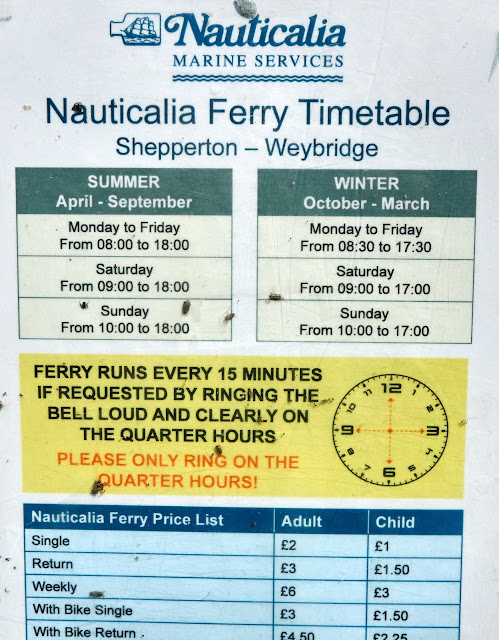 After a bit of an explore felt it was time to head off to Shepperton, but couldn't help note what a pretty corner of London (if it really is, felt like a bit of a stretch) Weybridge is.