Book Review: Mate of the Caprice 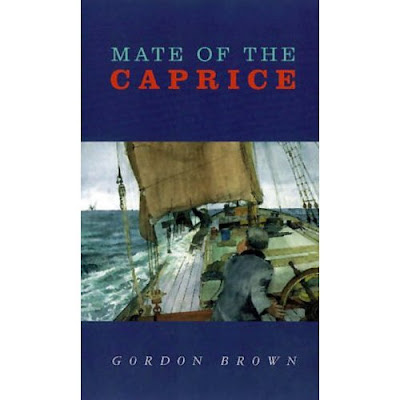 I've just finished reading "The Mate of the Caprice" by Gordon Brown (no not that one) which gives a fresh insight into what life would have been like for Thames barge sailors between the wars.

Its the autobiography of a lad who left the training ship Cornwall to take up the position as mate of a barge - having failed to get the preferred positions on a private yacht or in the merchant marines.

Over the following years he learnt the ropes and took cargoes from upriver at Putney down to the estuary and round the corner into "the other river" or the Medway. It was a hard life, with back-breaking effort required for very little pay in poor conditions. But the skills required were high - to able to navigate downriver by dragging the anchors in a thick pea-souper of a London fog, often single handed.

It was clearly a rough life and the river folk a lively and characterful community. He admits he was skilled with his fists, and had occasion to use it. One source of ongoing battles were the farmers - particularly up the Medway - as river crews felt they had rights to take what they could from the fields they sailed through.

Initially a reserved and blushing lad amongst the ladies he tells the tale of "a young mate" he "had in mind" whose shyness was overcome when his skipper arranged for him to be met in his cabin by a young "long haired mate" named Rabbits who was completely stark naked. And in the book there are other stories of "long haired mates" who came aboard for a voyage along the Thames.

The book rings true of what life must have been like for those skilled Thames bargeman, ploughing the waters for their employers in all weathers carrying all cargos.

The author worked his way up to become a skipper, though a twist of fate meant his command only lasted a short time and he was forced to leave the river life though clearly the memory of it never left him.
Posted by JP at 9:50 am