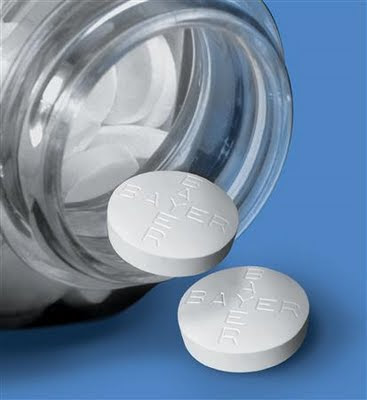 So O Docker wants to know how many painkillers Tillerman had during his vacation in the sunny Caribbean?
Obviously one problem is having absolutely no data to go on. However one of the advantages of a career in Consultancy is that one learns ways around what otherwise would be something of a stumbling block.
The key is to have a methodology which ensures there is documentary evidence that can be presented to the client prior to invoicing to demonstrate that work has been done to an assured quality level (we luckily don't have to say what that level is).
In this study we propose to use the following methodology:
Stage 1: identify the possible activities or behaviours that will lead to Tillerman requiring to take painkillers
Stage 2: identify for each possible activity a probability or alternatively the number of cases that will occur during his vacation
Stage 3: identify for each possible activity the number of painkillers required
Stage 4: numerical compute from the data collected (see, even without actual real data we have created some!) the total number of painkillers.
This methodology can be submitted to the client at the kick-off to get sign-off, and ensure they can say to their stakeholders they are operating an evidence driven decision making process (ha!). For the sake of argument the vacation is considered to start at arrival at the airport and end at return.
So lets start with Stage 1, identification of things that might require painkillers:
a) The terminal (either ends) is crowded and noisy
b) Tillerman drinks and flys (not a good idea, given dehydration effect of altitude)
c) A crying baby is in the seat next to Tillerman (either direction)
d) The road to the hotel is very bumpy and the driver speeds, so his head hits the roof
e) During his stay he bumps his head on the boom of the boat he is sailing
f) During his stay he falls asleep in the sun
g) During his stay he has a celebration involving too many drinks including rum
h) During his stay there is a steel drum band playing as he is trying to sleep
i) He is caught by Mrs T checking out the local ladies on the beach and his excuse involving research for the blog is not accepted
j) Alas there was something in the water/salad/fruit which didn't agree with his stomach
Ok, that's pretty comprehensive list, so on to stages 2 and 3. Here we use the model to develop (good word that, doesn't imply anything made up) the numbers, and fire up Excel, the consultants friend. 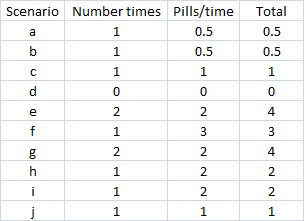 Of course there are some issues about concurrency i.e. probability of two events at once, but that is covered by the half a pill factor. There are also other activities that are likely to only happen once (activities f. and i. spring to mind).
Hence using a formalised, quality controlled methodology and a mathematical model we can derive the answer.
Properly this should of course be given in a PowerPoint presentation which sticks to that great recommendation of tell them what you're going to say, say it, then tell them what you've told them.
But as this is an unpaid study lets just jump to the answer: 18
Drum roll or address to send invoice to please.
Any questions?
Posted by JP at 7:04 pm

Wow, JP, I was just looking for a scribble-on-the-cocktail-napkin kind of guess and a simple comment.

But here's a full workup with itimized lists, spreadsheets, and impressive-looking but totally hypothetical and therefore useless data. The hand of a professional consultant has clearly been at work here.

Sorry, I didn't read quite to the end - as soon as I got to the words 'Powerpoint Presentation', I must have fallen asleep. E-mail me the proposal and I'll submit it to legal for review. We're required to get at least three competitive bids now for everything, so we'll let you know if your proposal has been accepted in six to nine months.

You should see the documents that Pat has been working on to submit to the State of New Mexico Energy Minerals and Natural Resources Division, Department of State Parks and Recreation, on behalf of the sailing clubs. One of them even impressed a lawyer.

Next time I'll add dancing girls to the presentation.

And speaking of next time, it might be worth pointing out that contract *extensions* do not need to go to open tender.

You missed the opportunity to bill the client for investigating whether O Docker is counting painkiller rum drinks or painkiller pharmaceuticals, or the grand combination?

As a British taxpayer, I am finding all this incredibly disturbing....

Nice try but I am afraid that, like many consultants, your methodology is deeply flawed. You have only focused on the demand side of the equation and have totally ignored the supply side. As I will reveal in my blog over the next few days this was definitely a scenario where supply side economics was the critical factor. You might even call it "trickle down" painkiller economics.

a) only at Boston on the way home so not a factor
b) no
d) road? man, you can only get there by boat
e) no
f) no
g) true - but plural not singular
h) there were steel bands but not while I was trying to sleep
i) she didn't catch me
j) no

ChrisP: stories I've heard from public sector workers are *much* worse, which is worry as another British tax payer. 2010 is not going to be fun for us I'm afraid.

Tillerman - no to e)? Look all friends here, you can tell us the truth. Otherwise will have to suggest to O Docker that independent verification is required.

Therefore I contend that the consultant's model is in fact correct or at least not disproved, and we should press on and forget all this reality-based decision making.

No to (e) is correct. I'm pretty good at ducking a Laser's boom these days. Also I did a lot of sailing in a boat that didn't have a boom. More on that later. Minor abrasive injuries were sustained to toes, fingers and knees though due to lack of usual calluses as a result of insufficient sailing in recent months.

Sorry I skipped (c). Residual effects of rum detox are to blame I suspect. No crying baby in next seat on any of the 4 plane journeys. There was a baby a couple of rows in front making rather cute cooing noises on one flight though.