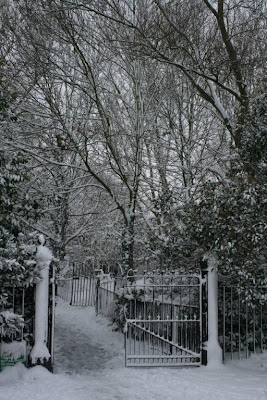 So its the end of another year and time to look back and reflect. Overall 2009 ended up being a good year despite swine flu, a broken toe and bad reaction to a yellow fever jab.
One of the reasons was there was a lot of good travel to some really interesting places, and those posts certainly are high on the list of favourites of 2009. On reflection there weren't many sailing and kayaking ones on the short list. Partly this was because of the travel and injuries didn't do that much, but also because there are other blogs out there that cover these topics a lot better.
What I've enjoyed doing and posting are the travel stories and fiction, though usually with a water sport related angle.
So enough of the analysis and on with the list:
1) In March / April went to Venezuela which was a fantastic experience. The high spot was the trip to the Orinoco Delta where was woken at dawn by howler monkeys before heading off for a fly by of Angel Falls (or Kerepakupai-Meru as we must learn to call it).
2) In April posted a natural navigation picture puzzle relating to how far the trees on either side of an avenue in a London park had come out. It generated a lot of good suggestions and ideas and was eventually solved by the Natural Navigator himself.
3) In May I broke my toe which put a temporary end to sailing and kayaking so instead got on my bike and headed up river for a great ride to Kingston and back.
4) In July in response to one of the many great group writing exercises put together the Ultimate Walk by the Thames, 50 top sights on a trail from Westminster to Tower Bridge which strongly recommend to those visiting London for the first time
5) Also in July did a bareboat holiday in Greece about the time that Tillerman asked for a review, so posted a point by point breakdown of the Sunsail charter complete with a star rating.
6) In August there was another group writing competition which resulted in a post on the JP Blog Experience. However that entry didn't make the top 10, but the account of what happened when the venture went on Dragon's Den does.
7) In September the blog's roving reporter Buff Staysail was lucky enough to go on Tillerman's Laser Experience training program and apparently came back a winner. It wouldn't be fair not to mention ol' BS at least once (or be worth the inevitable complaints)
8) In October the weather started to turn and it was time to head indoors to the Tate Gallery. The seascapes of Turner and the Masters was a thought providing exhibition about art, artists and the development of artistic ideas which was well worth catching.
9) Also in October in response to O Docker joining the blogging world forgot what my notes meant that hinted at a great post. However it spurred the creative juices to come up with the Blog Code of the Woosters.
10) Last but not least was the trip in November to Azerbaijan and Georgia which was spectacular. There were a host of posts and pictures that will treasure for a long time but the clear winner for me was the Tsminda Sameba Church, high in the Caucasus mountains. Simply amazing.
Some were popular with Google (Navionics reviews) and some like Top Yacht I enjoyed but were too long for this list (and received little feedback).
The picture above is from the snow in February which felt suitably wintery.
Thanks to everyone who dropped in and read or commented - its been fun. See you in 2010!
Posted by JP at 10:07 am

Much obliged, Captain, much obliged. All the best for you in 2010!

All the best to you too NN!

Wow, what a full year! Thank you for sharing your adventures with us - it's been like going on vacation to see and read about your treks to various exotic locations!

ps(you forgot to mention toe injury from stepping on sea anemone and subsequent shin splints...your doctor had a good year!)

So I did - well remembered.

Still waiting for that next trip down under (fingers crossed)

Hey, guess who just showed up & left a comment saying that he enjoyed my Paperless Charts post!