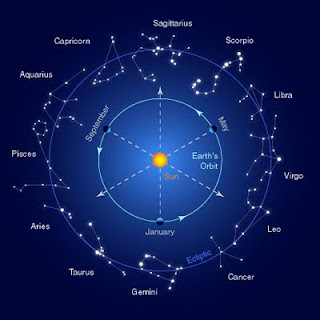 G'day all! Buff Staysail here! Buff by name and Buff by super-nature!

That's right, Buff's gone all spiritual like, having had an appiff.... epi-fan...er... a revelation after a major style booze up over Christmas. Yes, we are all one, dreamland style, and to start ol' Buff on his celestial journey here are your stars for 2011!

The third moon is rising just by the horns of the Ram, and following the holistic connections we are led to the Ram brewery, home of the famous Young's Special London Ale. So the stars mean you to stay indoors, down a pint or two, maybe go to a boat show, potter in the shed fixing things.

The planet Venus is in the bedroom constellation as Feb's the month of lurve. So don't go out in the cold alone, go with another. Leave that single handed plastic contraption ashore (Tillerman you know what we mean), give up that solo kayak (Bonnie we mean you) and go double handed for the month.

It's the spring equinox and we know what that means! Yup, times are a changing! Expect the tide to be strong and your life to head off in a new direction. Keep your charts to hand and updated with all those notices to mariners - you're going to need them!!

Pluto is crossed with Mars - tricky financial negotiations involved. Maybe you'll be coughing up for a new bit of gear, broken rig or new paddle, whatever! Thing is there'll be battles about budgets. Ask yourself whether you really need it in carbon fibre?

This is the month of Gemini, the twins, and that means you'll be conflicted. Are you into sailing or kayaking? Are you into racing or cruising? The answer is BOTH - yes you're in Gemini now baby!!

Strewth, half way round the year already. Time for the summer equinox and what better way of celebrating the great circle of life than sailing round an island. If you are the organiser of a major sailing event involved in racing around an island on the south coast of England, this is a great time to schedule it!!


Still to come: your stars for July to December so keep it locked to the Buff Astrological Hotline!!!
Posted by JP at 8:40 pm

Oh, tandem kayaks aren't as much sexier as one might think.

Lots easier to grab a quick on-water smooch when you're both in singles, you know?

I of course take your word for it but Buff says he wants pictures, diagrams, explanations etc etc ;)