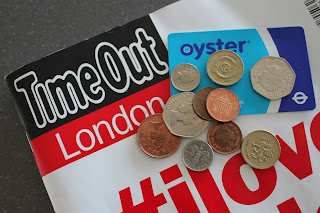 London has the reputation for being an expensive city - mostly well earned. But that doesn't mean you have to spend a fortune to enjoy it.

Take this weeks' 24 hours extravaganza and this list of what remember of the outgoings :

Ok it might be steeper if had eaten out rather than grabbed a sandwich at home, and there was that round of drinks at the Roundhouse and sneaky taxi ride to keep on what was a rather tight schedule, but even so I was impressed by how little it all added up to.