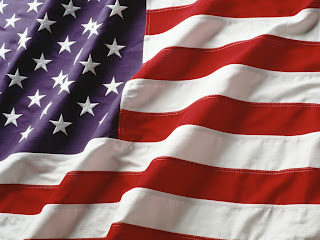 Recently Buff Staysail threw his sailor's hat into the ring to start the long road that could lead to the White House. Alas the press conference that followed did not go smoothly, as this transcript reveals....


Buff Staysail
G'day my fellow Americans! Any questions?
Undecided
Is Buff Staysail your real name or is it actually something like Islam?
Buff Staysail
Are you kidding? I'm Buff Staysail!! Buff by name and Buff by nature!!
Yachting World
Is it true this story we hear about you behaving inappropriately with the fair Sabrine during the America's Cup in Valencia?
Buff Staysail
I have no recollection of the incident you are describing.
Sacramento Bee
What's your foreign policy, Buff? How you getting on with your Uzbekistans and Azerbaijans?
Buff Staysail
My peep are on the case and have told me what to say.
Buff squints so he can read out the following text written on his hand
I love Israel above all else ...er... and my foreign policy documents will have ... er... the words "Pro Israel B.S." stamped on them.
Buff's Ma
What a fibber you are Buff! All this stuff and nonsense about being born in Hawaii - it was in the Royal Brisbane of course! Didn't stop crying for a whole day!
Buff Staysail
Ma? What are you doing here?
Buff's Ma
You drag me all the way from my cosy retirement home to hear you say you love this Issy floosy above even me!!
Buff Staysail
Ma, not now!!
Buff's Ma
You come home with me right now young man! And I discover if you've been misbehaving on those trips to Europe you'll be in real trouble!
Buff Staysail (exiting)
Yes ma.
Oh no! Looks like Buff won't be allowed out for a while.

Maybe you Americans have something else to be thankful for.
Posted by JP at 9:35 pm

He's not the political messiah, he's a very naughty boy.

Well according to Buff's peep it was really the 0.01% with the really fat wallets that Billionaires for Buff was targeting, but its not looking good after Buff's ma's intervention.