The Great Game and the Windjammer 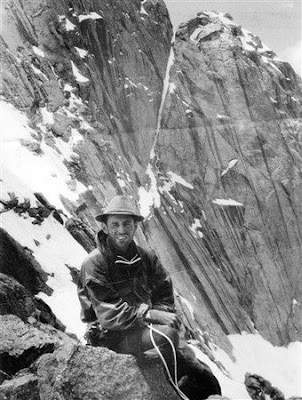 An early post today as this evening going to the theatre to see the third set of plays about Afghanistan at The Tricycle Theatre. The cycle is called "The Great Game" and consists of twelve short plays by twelve different writers, four per evening, and covers the history of the country in three different eras:

It's been brilliant so far, gripping and informative. It spurred me to watch a program that's been sitting on my PVR for a few months which was all about a travel writer who made his reputation in that country. He tried to reach the summit of one of the unclimbed mountains of Afghanistan, which he described in a book called "A Short Walk in the Hindu Kush".

The program was presented by a modern day traveller and writer, who tried to follow in his footsteps in modern day Afghanistan. It seemed almost entirely unchanged, except it has become a lot less safe so that the present day journey had to have a guard armed with a Kalashnikov.

The name of the writer of the original book was Eric Newby, who's first travels were on one of the last windjammers, Moshulu, which he wrote about and photographed in that amazing book of the final days of the great sailing ships, "The Last Grain Race". 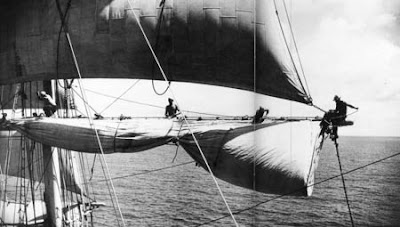 An amazing man, and quintessentially British in his approach to travel.

Coincidently he grew up in this corner of London, living in sight of Hammersmith Bridge (below). 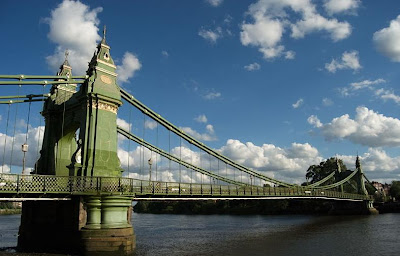 One of the good things about this bridge, which isn't obvious at first sight, is the thames path goes under it on both sides of the river, so you can keep going without crossing traffic.

Also if you are biking across it you can get up to bridge level without having to cross traffic.

Its only downside is it is rather low so biking along the south bank under it requires the rider to duck to avoid getting his or her head chopped off!

I'm going to try to find those plays.