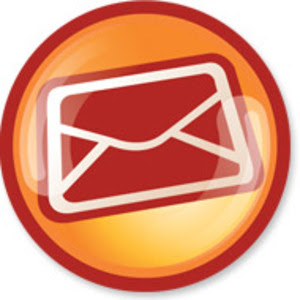 Ok, boring techy story for you.

Over the last few months my main laptop has been sick. The symptoms were simple - no wifi. It's funny how accustomed we become to tapping away where ever we want whether in one's favourite chair, lounging on the sofa or even in bed (and no, not telling which post that was).

After trying re-installing drivers bla bla tried got a new wireless card which was just as bad as the old one. In the end put it in to a workshop that said it was a hardware fault that would require a new motherboard, costing more than the value of the laptop itself.

So have just bought a wifi express card and bob is your uncle (or not, depending upon who you are) I'm tapping away again feet up on a full sized keyboard rather than RSI inducing intsy weany netbook.

But, and this is the point of this diversion, while the main laptop was out I've let the email stack up and this week it hit the ISP's limit and so emails have... it's going to be hard to say it for an online junky like me.... they have gone missing!

There, I've said it. But of course I don't know who emailed me and whether it was important. Hopefully if it was they'll email again and I can check a few of the likely suspects, but its slightly unnerving.

What you need is a like status flag for email so people know there's been a problem - something like the status on social networks. Alas my presence on Facebook and Twitter amounts to little more than a test login for both.

However what I do have is blog!

So if there is anyone who a) has emailed me in the last few days and b) reads this blog - I have a message for you: Please send the email again!
Posted by JP at 4:51 pm

We've been attempting to contact you via your usual e-mail address, but all recent communication has been returned with notices of a faulty mail account.

We have learned that you have a functioning blog and so have chosen to contact you here. We hope you find this satisfactory.

Please be advised that your subscription to Ladies Who Sail Naked has recently expired and you have therefore received your final issue. Should you like to continue service, we have a special offer for former subscribers that includes free access to our companion web site AltogetherSailing.com.

Thank you for your reminder which for some reason ended up in my spam folder along with 248 copies which alas my ISP hadn't expected when they set the in-box limit to 250 emails.

While in many ways I would like to help "old media" in these hard times as too often is the case the internet has made a Google images search for ladies+sail all too easy - indeed maybe you would be interested in putting some of your organisations free cash flow into a little venture I have in mind.....