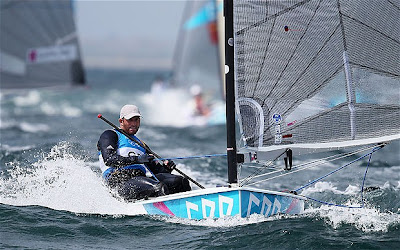 Interesting interview with Ben Ainslie on the Telegraph here, touching on whether it could be "Sir" Ben in the future and what it felt like to carry the Team GB flag at the closing ceremony of the 2012 London Olympic Games.

Update: see also this article on the Guardian web site making the case for Ben Ainslie to be BBC sports personality of the year, though to be honest, lacking somewhat in faith in his success.

Update 2: Uh oh, not looking good for Ben as BBC SPOTY, as he isn't in the top 10 Google Zeitgeist 2012 Olympic searches.