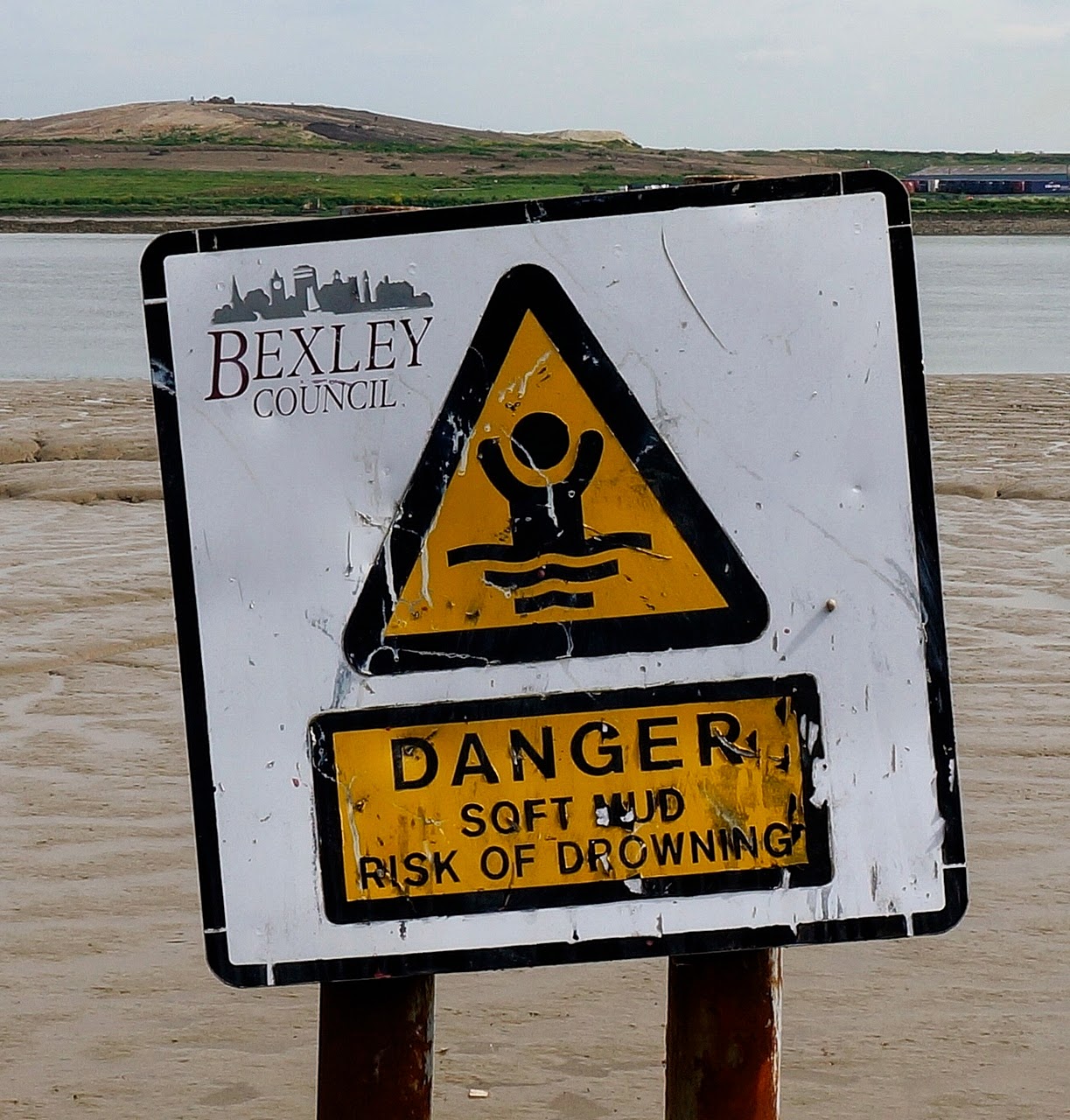 Yesterday's photo of a yacht sailing on the Thames was taken in Erith, and the question posed was whether it was in London or not.

Tillerman answered yes, and there is solid evidence on his side. Wikipedia shows Erith in Greater London and if that isn't categorical enough then you can get there on an Oyster card, so it is officially within the remit of London Transport.

You can walk on the Thames path for five or even ten minutes before seeing another walker. And then they say "good morning", sometimes even unprompted. Real Londoner's jaws are at this moment slack, as no Londoner spontaneously acknowledges another while travelling. 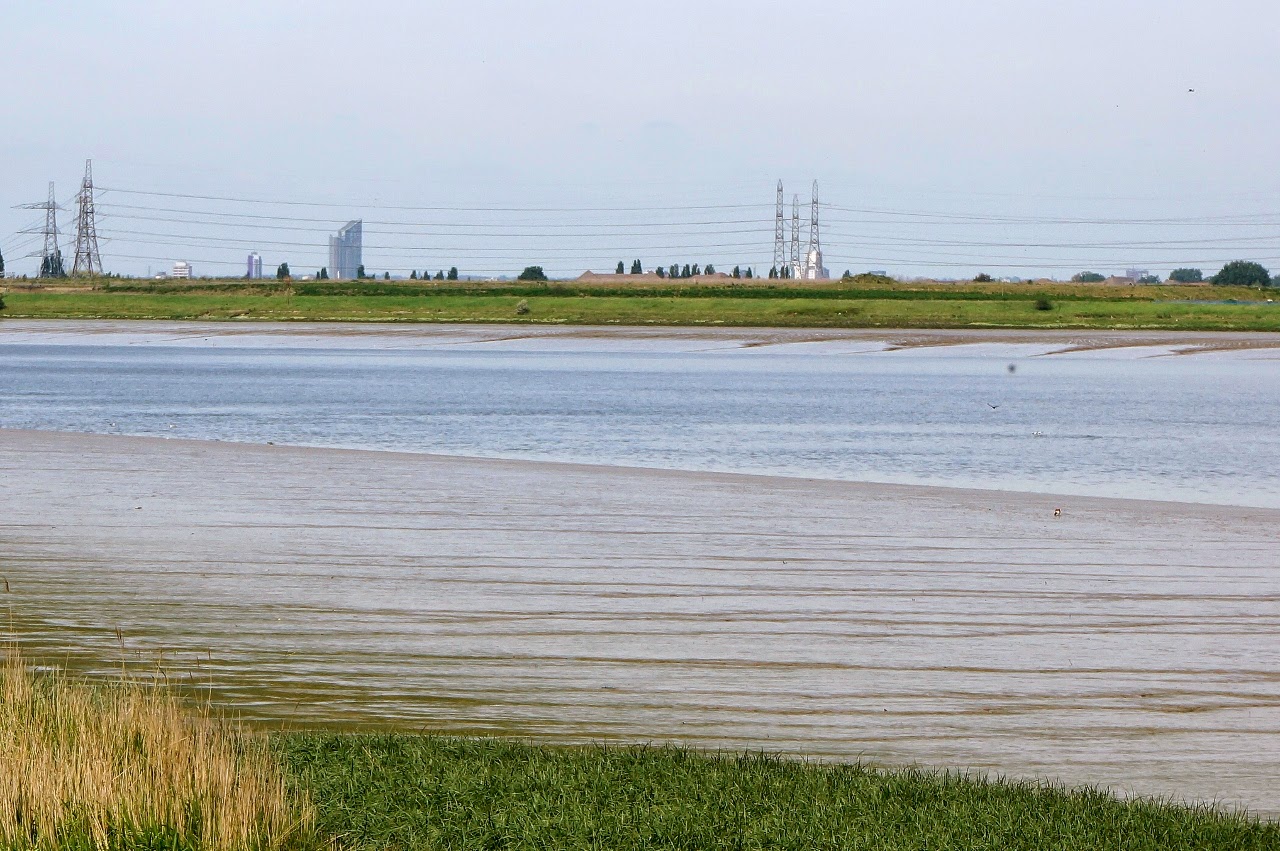 It feels very different from urban populated London. The landscape seems inhuman, empty of people, where you can hear the throb of heavy machinery and the tweet of birds but not much else. 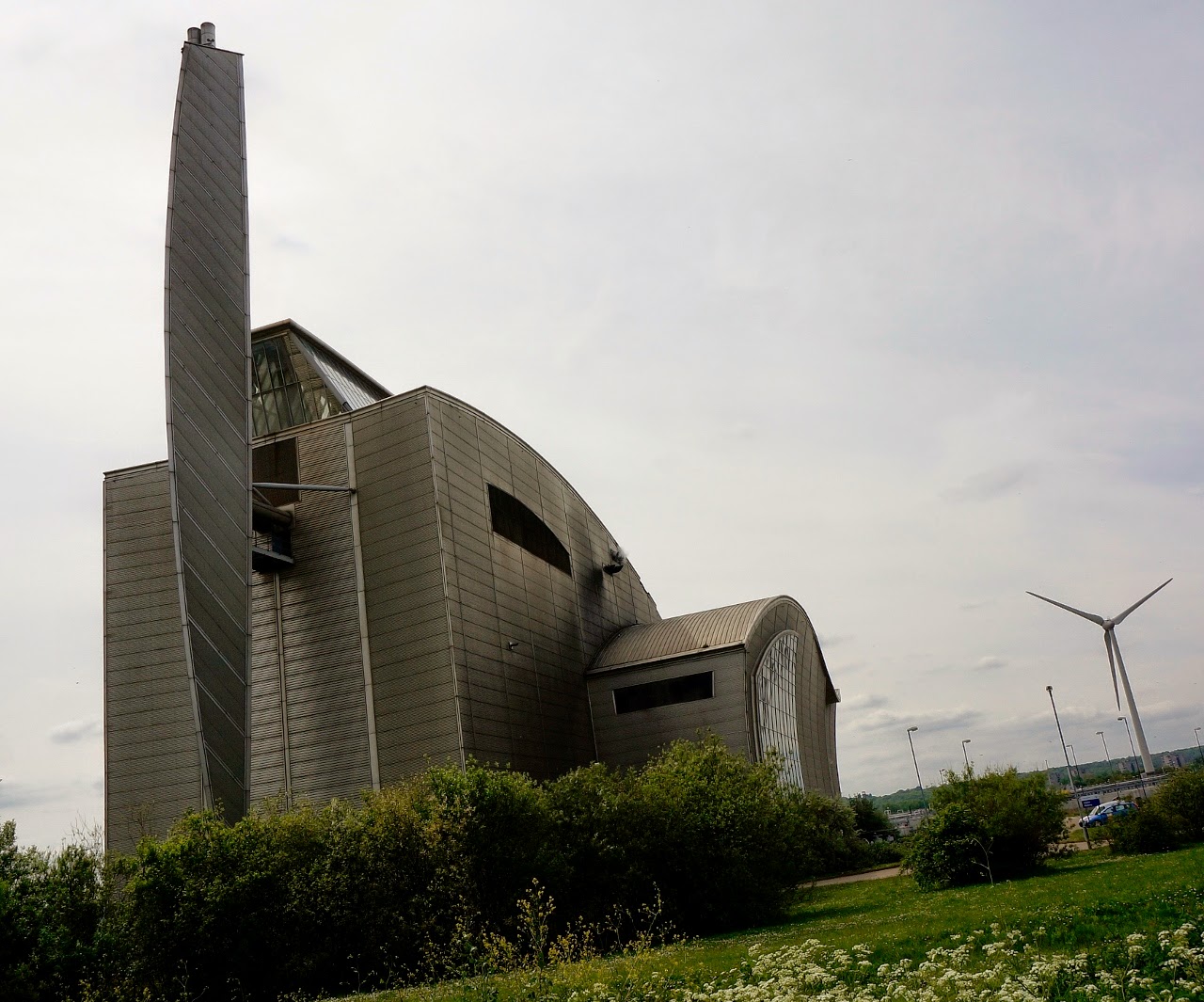 But you can't escape the city: your nose tells you it is there.

The great works of Joseph Bazelgette created the network of tunnels that transports London's sewage away from the centre down to the city's borders, the wastelands of the estuary.

And as you walk upriver passing the Erith Marshes you reach the Crossness Pumping Station and its equivalent on the northern bank: 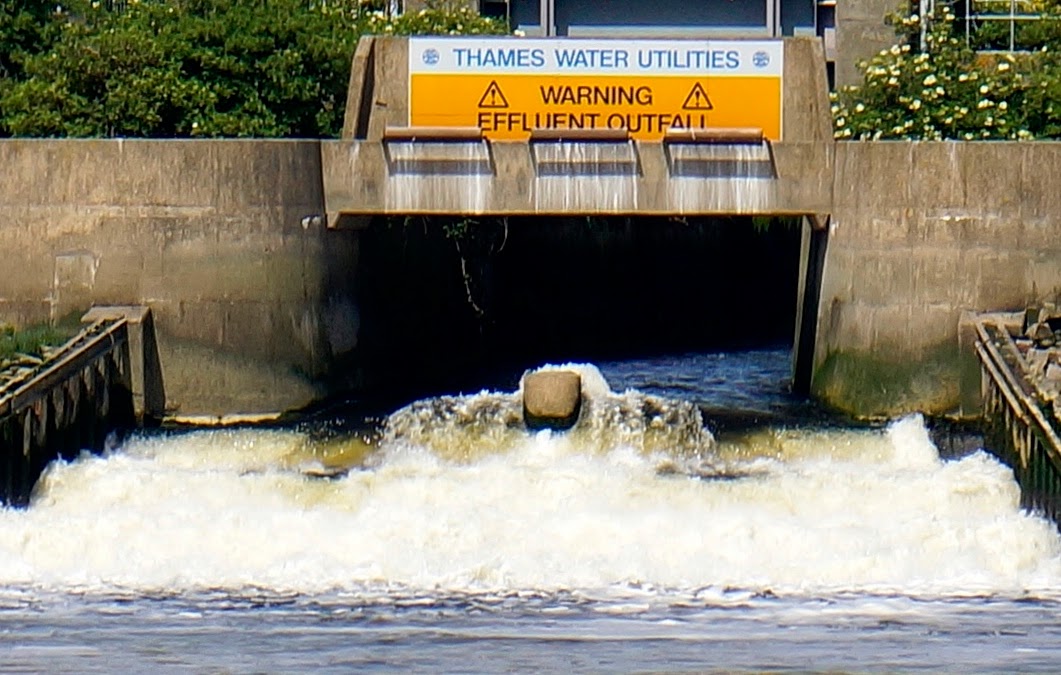 The Great Stink never really left, it just got transported for life.

Erith's only famous daughter, the late lamented and sadly missed Linda Smith, said that Erith isn't twinned with anywhere but it does have a suicide pact with Dagenham.
And no, it isn't part of London whatever the bureacrats say. For a start, it is located entirely in the 1980s.

Wikipedia which is never wrong said...

Erith has a long history as a significant riverside settlement in spite of what Chris says….

The earliest reference to the area is in a Latin charter of 695 recording a grant by the Bishop of the East Saxons of certain lands at Erith. In early times, the area may also have been known as Lesnes or Lessness. After the Norman Conquest in 1066, Erith passed into the possession of Bishop Odo and is mentioned in the Domesday Survey. In 1315, a Royal Charter was granted for a market to be held in Erith every Thursday.

Erith owes its existence to the Thames and was, until the 1850s, essentially a small riverside port, given prominence by King Henry VIII's decision to open a naval dockyard in the town. The position of the dockyard was approximately where the 'Riverside Gardens' are now. Henry's famous warship, Henri Grace à Dieu, was fitted out there in 1515.

There's also the old saying about Erith that:

There are men in the village of Erith that nobody seeth or heareth
And there looms on the marge of the river a barge that nobody roweth or steereth.