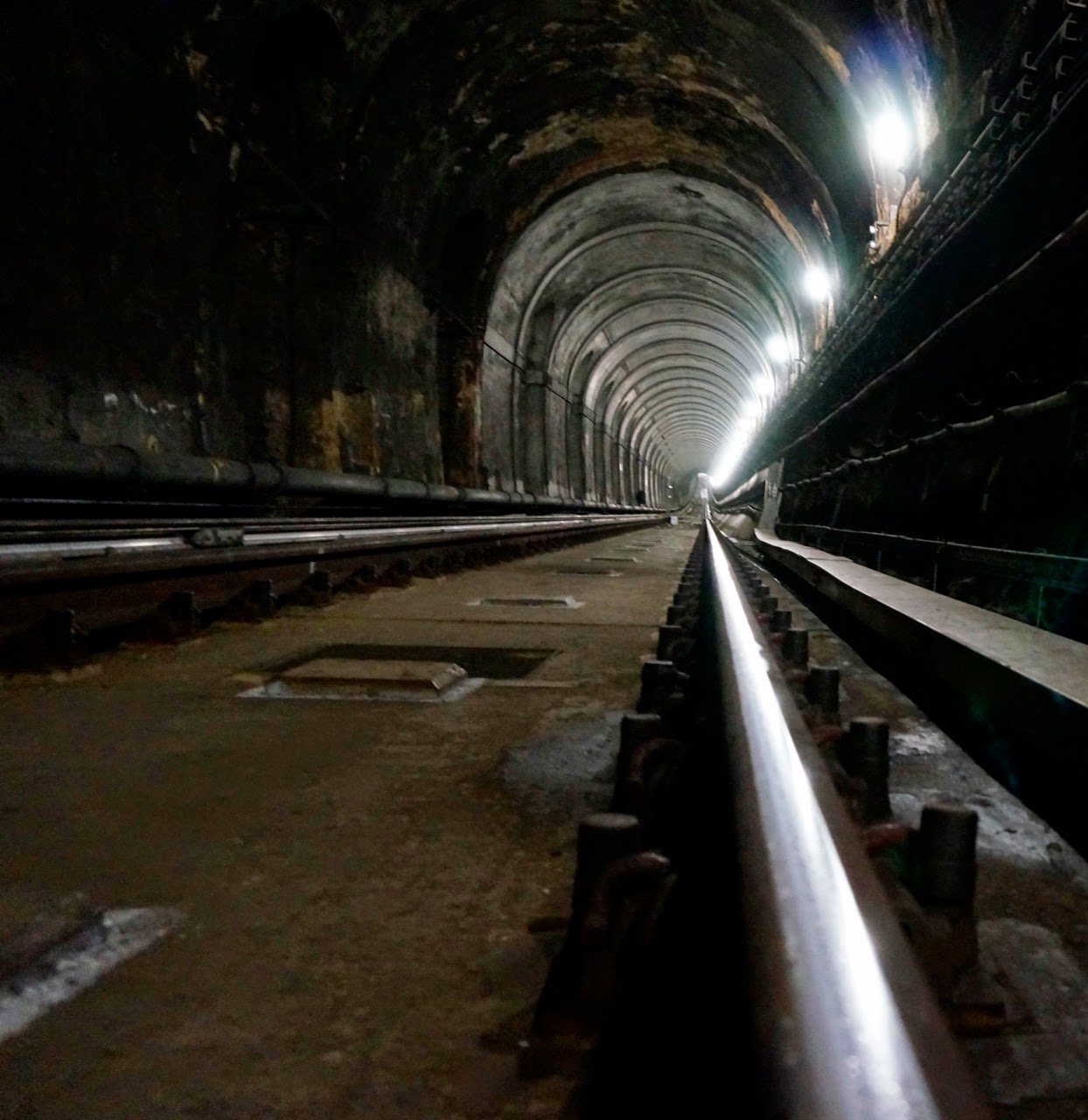 The picture posted earlier was from the Thames Tunnel, once described as the 8th wonder of the world.

It was the first tunnel built under a navigable river, constructed way back between 1825 and 1843 by the 20 year old Isambard Kingdom Brunel and his dad, Sir Marc.

It almost killed him. There were several floods and half a dozen workers were downed, and when we went through there was an ominous sound of water trickling from somewhere: 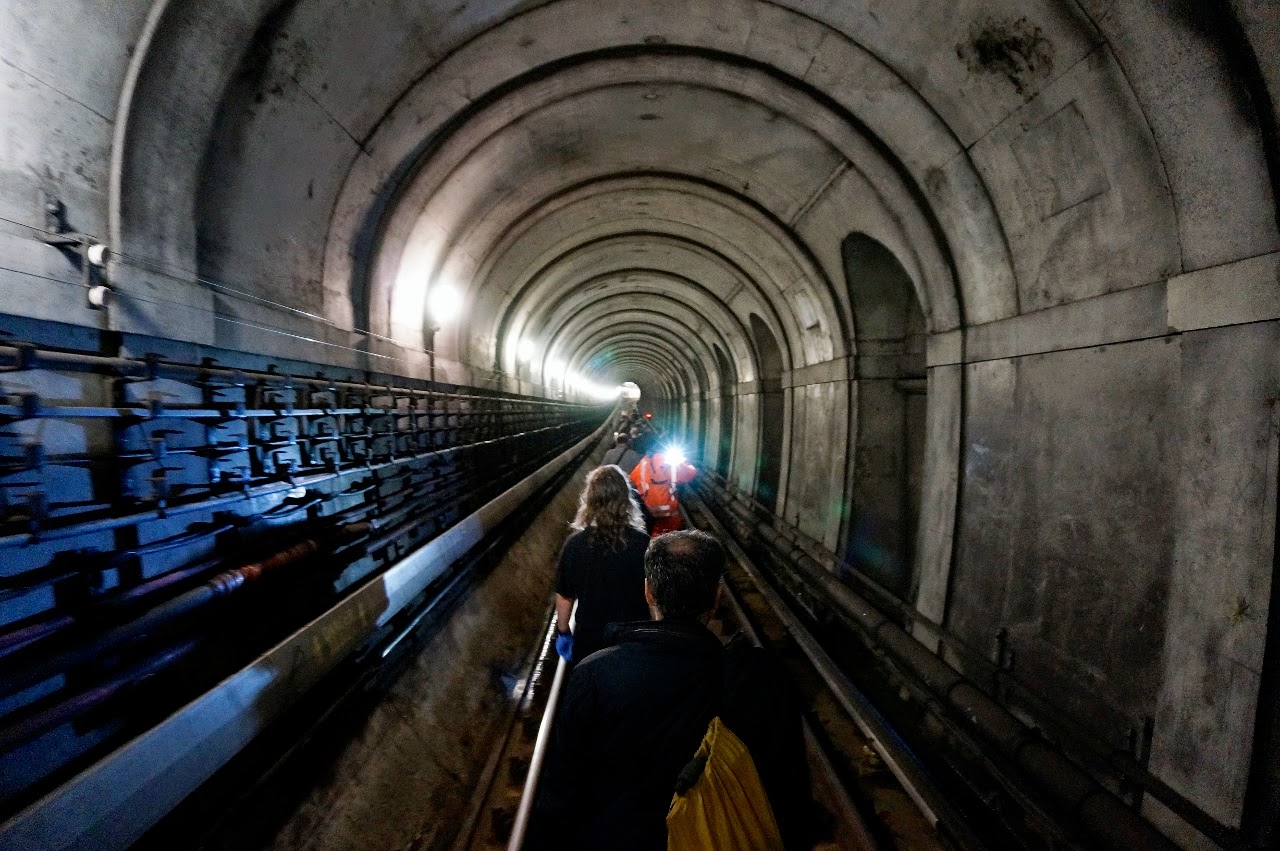 It's rare you have a chance to walk through as its currently used by the London Overground railway and there could be a bit of shock for visitors even if you weren't hit by a thundering train: 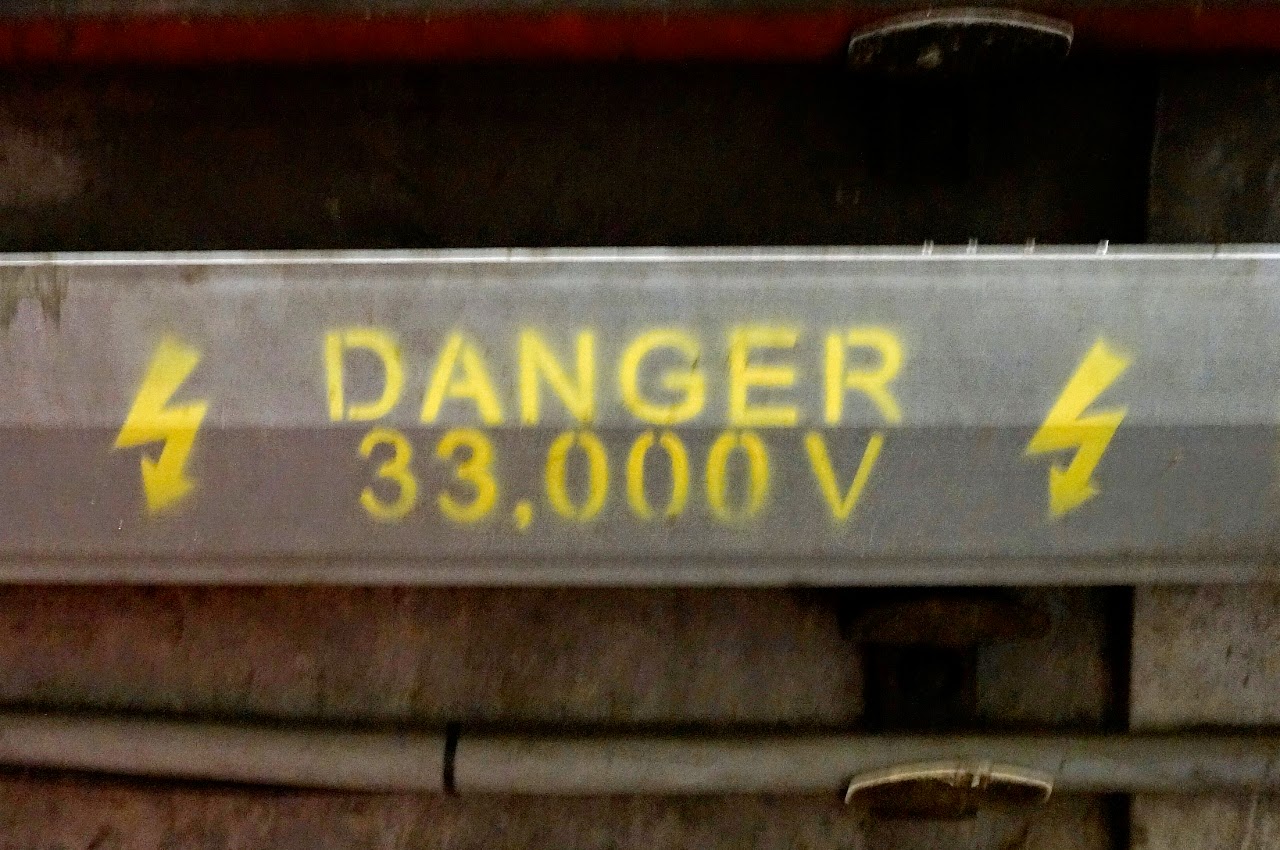 It was never used for its intended purposes, which was horses and carts, as they ran out of money before they could build the spiral ramp down. In fact finishing the tunnel itself was a bit touch and go before Brunel had the great idea of holding an investor's dinner actually in the half completed tunnel complete with brass band.

So after it finally got built it was eventually taken over by the world's oldest underground railway, the tube. 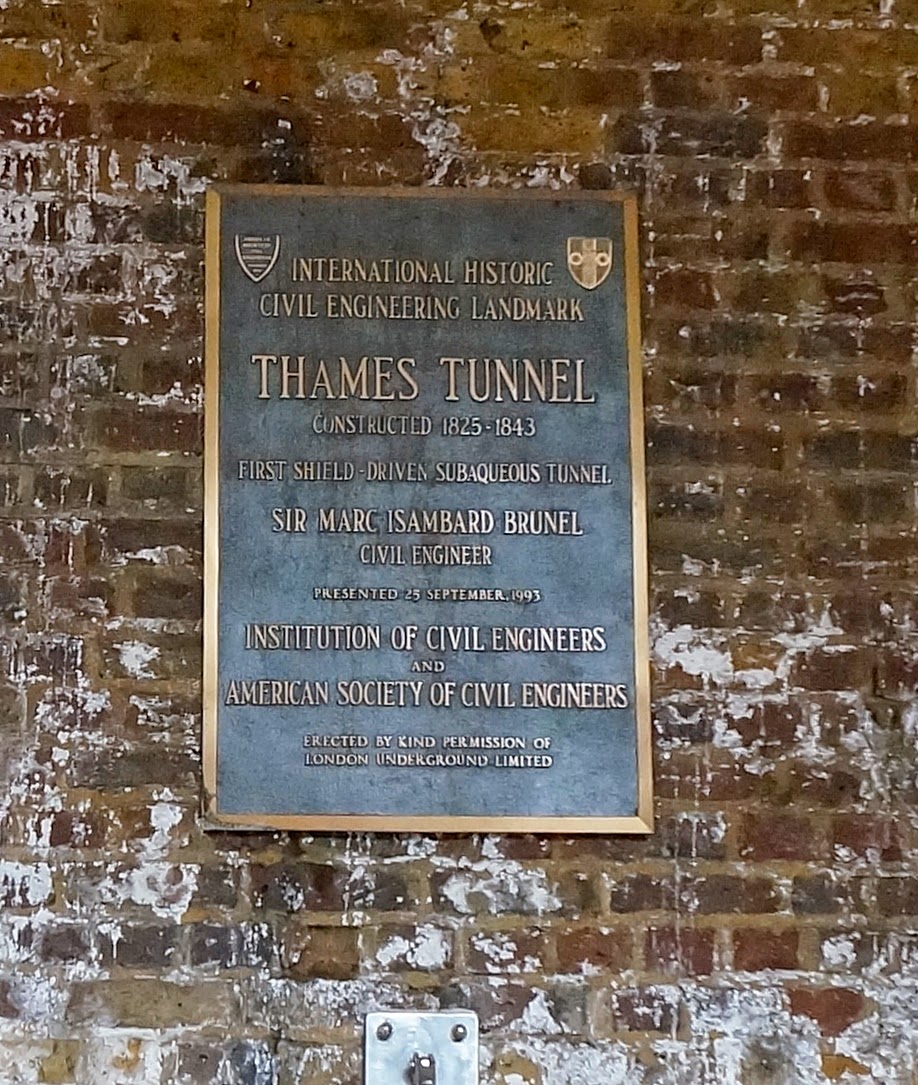 It really is remarkable bit of engineering for such a long time ago.

And the reason for all that effort, the piles of money and the death of the workers?

The docks, filled with thousands upon thousands of ships, whose tall masts prevented a bridge being built but drove demand for better transport links between south and north of the river. 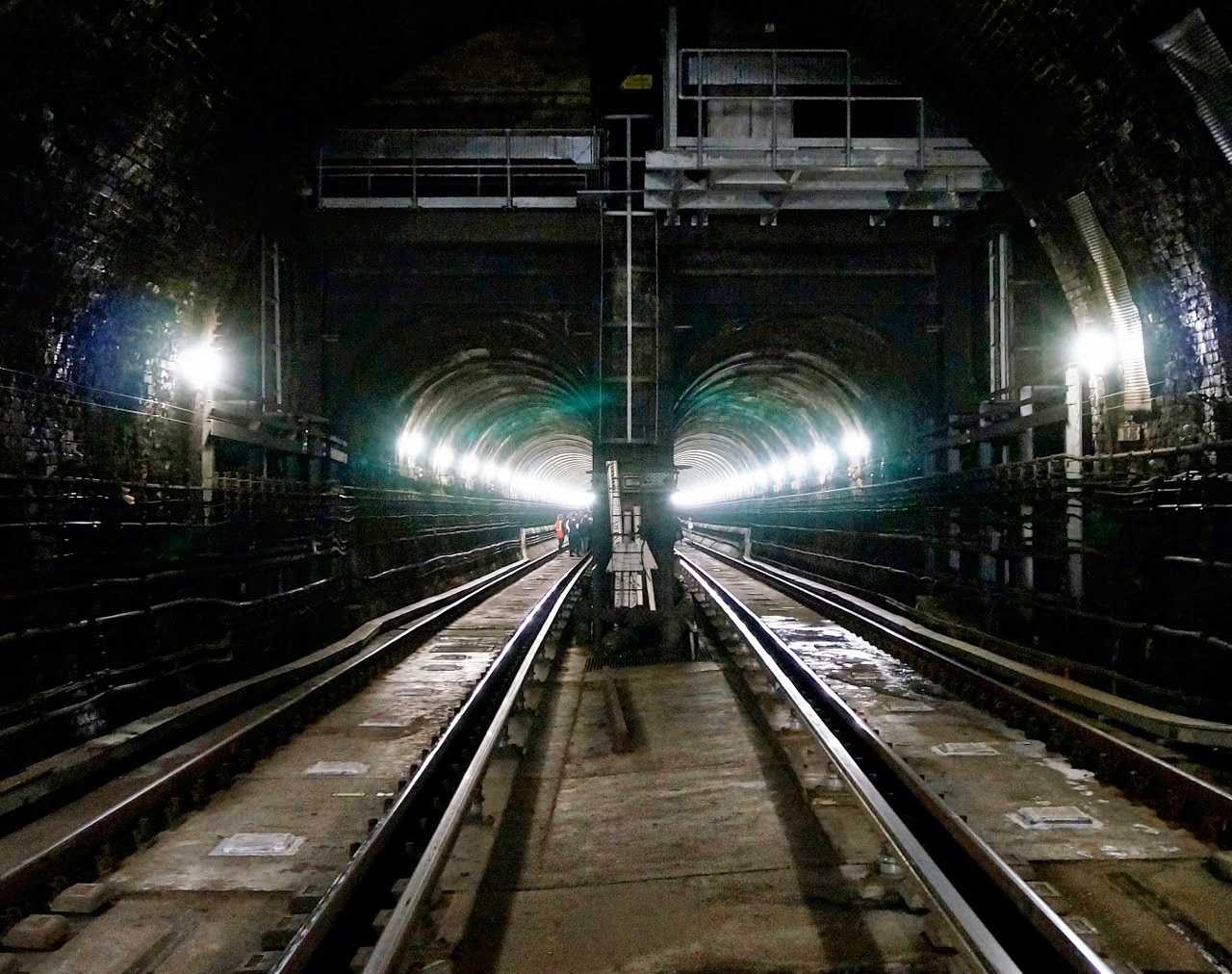 Update 1: there's a BBC video from inside the tunnel here.

Update 2: the ITV news article on the tunnel walk seems to have difficulty with the concept of 18th vs. 19th century.


Glad you made it through without becoming part of London's maritime history.

Friends of ours are Brunel fans and organized a recent tour of the UK around visits to some of his more famous works. There are, apparently, quite a few monuments and plaques in his honor scattered about.

I think we came across one in Portsmouth.

In a recent public survey of who was the "Greatest" Briton Brunel came second only to Churchill.

Hey JP. I gotto see the Thames a couple years ago. If only just from from the banks! I felt I was standing on holy ground.

If you get too close to the Thames it turns into very muddy ground. And sometimes you don't know what's under the mud - there are all sorts of tunnels, some secret, going underneath the river.

I visited the Brunel museum the week before on the Thames walk to Greenwich and it was full of fascinating facts.

For example the earth that was taken out was re-used to make the bricks that lined the tunnel.